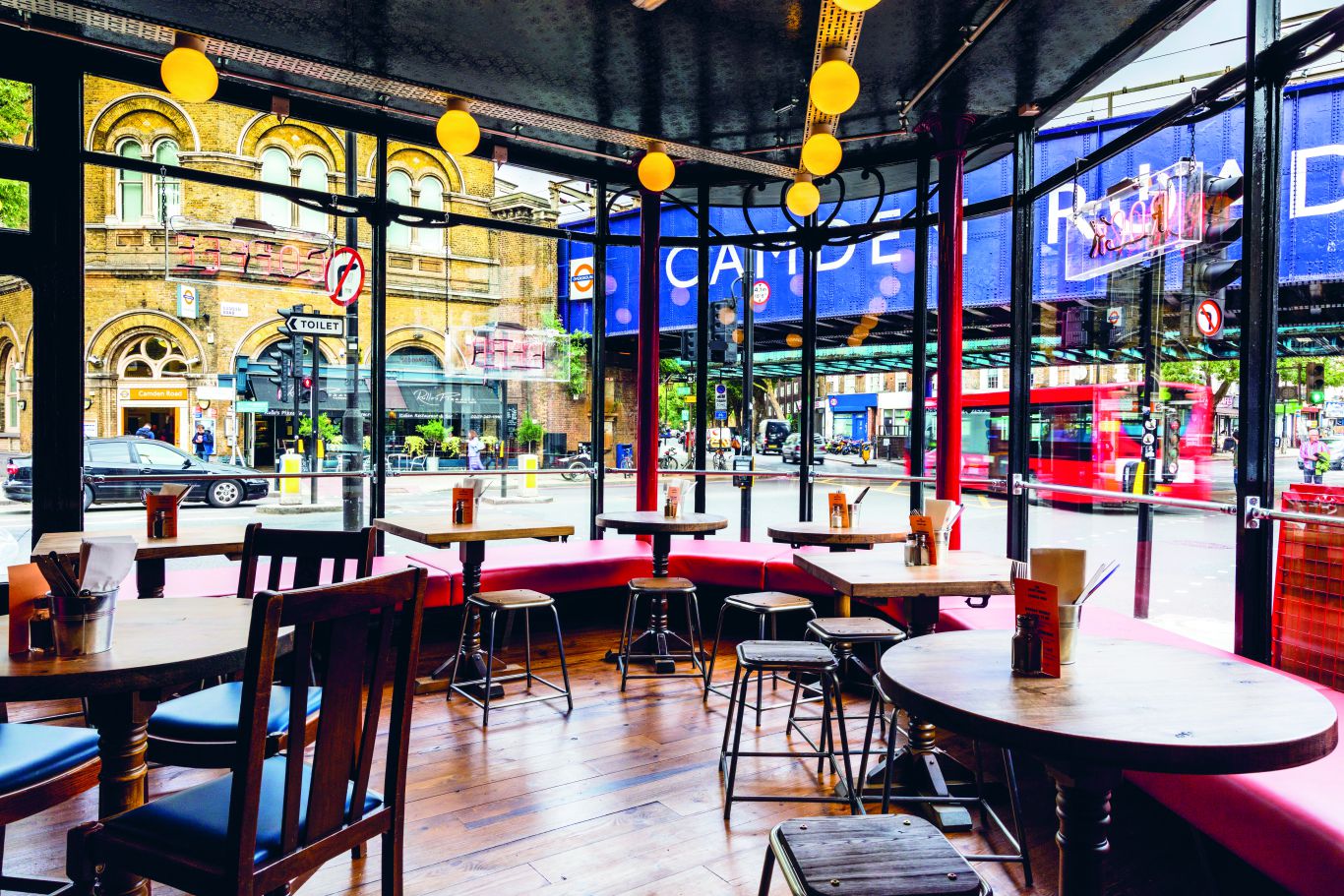 So you’ve never been to… The Draft House Camden

Previous incarnation: The Grand Union. There for years, it was the infamous Mac Bar for many before that too.

Where exactly is it? Right opposite Camden Road Overground, so an easy meet-up location. And that scruffy neighbourhood is on the up, it seems, with Soho cafe the Living Room opening next door to the station, and quality Italians like Casa Tua and Apulia a minute’s walk away.

So what goes on there? Well, craft beer and ale – as if you couldn’t work that out. And on our visit we were mildly excited by a good range – 16 at a count – of both cask and tap, with a couple of ciders thrown in for intoxicating measure. They’re divided on a clearly laid-out menu into different sections making it easy to discover something new. The bar also claims to be one of the only in London that serves halves, thirds, two-thirds and pints. A tip? Midweek (Sun-Wed) you can mix up any three third pints for a fiver. More fun than a Heineken, anyway.

What do I drink then? We were surprised by the basic lager choices like Amstel and Moretti. But that’s not the point here, and we enjoyed our board of tasting beers: Camden Hells (well, it is local), revived London brewery Watney’s IPA, with its rich amber hops and notes of citrus, and one of our favourite breweries – Anspach and Hobday from Bermondsey, whose pale ale is light, bright and fruity.

Can I eat? Of course: this is a smart new opening in Camden, 2017. Nothing fancy, mind, but they have a handy list of ‘beer food’, if the super-strength IPAs are leaving you a bit fuzzy, from ham hock terrine to doorstep sarnies. We chanced it on a Monday when it’s half price all day, and ordered a chicken schnitzel with new potatoes and well-dressed rocket salad. A beer-battered cod and chips was a bit mushy, mind, its flesh slightly grey in a sticky batter. Nothing a bit more practice in the new kitchen shouldn’t sort out.

The interior: discuss. An everyman pub mix of unadorned tables, wooden high-backed chairs and booths, what makes this venue enticing is the corner building itself. It’s a gorgeous and now restored early 19th century landmark, with wraparound goldfish bowl windows allowing masterful people-watching. And if that gets dull, there’s a rock map you can peruse on one wall which outlines the area’s musical history in the equivalent of two mouthfuls of beer.

What’s the service like? Nice and friendly. Although minus points go to the waitress who was spraying and cleaning tables in an empty part of the pub right next to where we ate: #pethate.

Do say: ‘Meet me on a Monday for a cheap feed, darling.’

Don’t say: ‘Is this the Colonel Fawcett?’