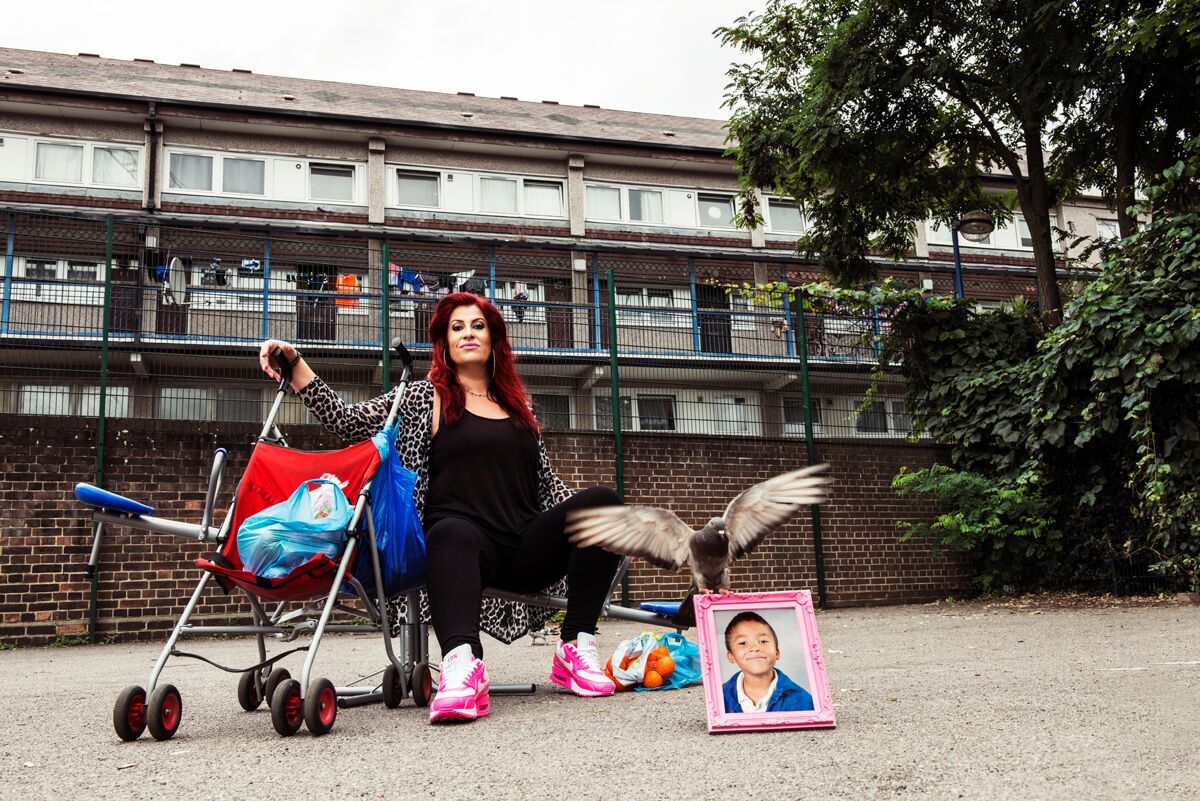 “Society paints single mums and single dads in a very different light,” says Libby Liburd, the woman behind a new prejudice-busting play that explores the perceptions and realities of single motherhood.

From the hundreds of interviews she has carried out since starting this project two years ago, Libby found that single dads either felt invisible or glorified to the point that it was offensive. “The single dads I spoke to had often gained this “hero” status simply because they were parenting,” she says.

“Meanwhile, single mothers are often synonymous with bad mothers. They are assumed to be young, unemployed, fag-smoking, buggy-pushing Vicky Pollard-esque characters,” she says.

In reality, one in four parents raise their child alone in the UK – that’s two million parents – and 90% of them are women. “Research has found that the children of single parents are just as likely to be happy and perform as well as their peers,” she says, “while the average age of single mothers is 38; only 2% are teenagers.”

“Regardless of the facts, these negative prejudices are portrayed in the media and frequently and lazily reinforced by politicians,” she says. Think David Cameron blurting out in the aftermath of the 2011 riots, “I don’t doubt that many of the rioters out last week had no dad at home.”

For Libby this was a “lazy and insulting explanation,” she says, pointing to Thatcher’s conception of “family values” and idyllic nuclear families. “Why look to government policy to cure societies ills, when we could blame it all on broken homes?”

“The more these negative ideas are reinforced in the media and government,” she says, “the more people go along with it.” The play takes the form of verbatim theatre at points, stand-up at others, with TED Talk-style monologues interspersed throughout. Although a crucial part of it is about challenging stereotypes and destroying myths, the show is also about sharing experiences and showing solidarity with an oft-stigmatised group.

It was almost immediately after getting a divorce and becoming a single parent that Libby, an associate artist at Stratford Circus Arts Centre, experienced the difficulties and different circumstances faced by a lone parent. “I had issues with housing. I would go to parents’ evening and it would almost always be referenced, every time I had to call an official body I had to say my status and this was often met with a pitying or dismissive tone.

“More generally,” she says, “my experience was different even in a small social setting. The second it is mentioned that you are raising your child alone, the floor is open to a whole set to of prying follow-up questions, who’s the dad, where is he and the like.’”

Originally the hour-long play was meant to be shorter and solely based on interviews with parents. While carrying these out, Libby, who currently lives in Walthamstow with her teenage son, started to notice running themes and connections between every mum she spoke with, regardless of their background.

“When you’re raising children alone, you find yourself isolated, stuck in the bubble of just getting on, just getting by day-to-day. You don’t have time to realise that it is part of a bigger picture,” she says.

Libby’s research gave her the perspective and insight to connect the dots. She started looking back, tying everything together, researching government policy, examining media representations and realising the scale of the problem.

Muvvahood is the culmination of years of discussion, research and activism. “It is an attempt to portray my findings, which at times are quite horrific, in a way that is accessible, funny and real,” she says.

The play runs in four different venues in north and east London throughout November and has been made open and accessible for single parents; this was of paramount importance to Libby.

“If I’m going to do a show aimed at single parents with the intention of portraying an authentic, informative and entertaining representation of their experience, it is pointless if the show isn’t accessible to them,” she says.

As such, performances will be accompanied by crèches, relaxed performances and ticket deals offered via local networks. She will also be offering pre-and post-show workshops, open to anyone who is or has been raised by a single parent.