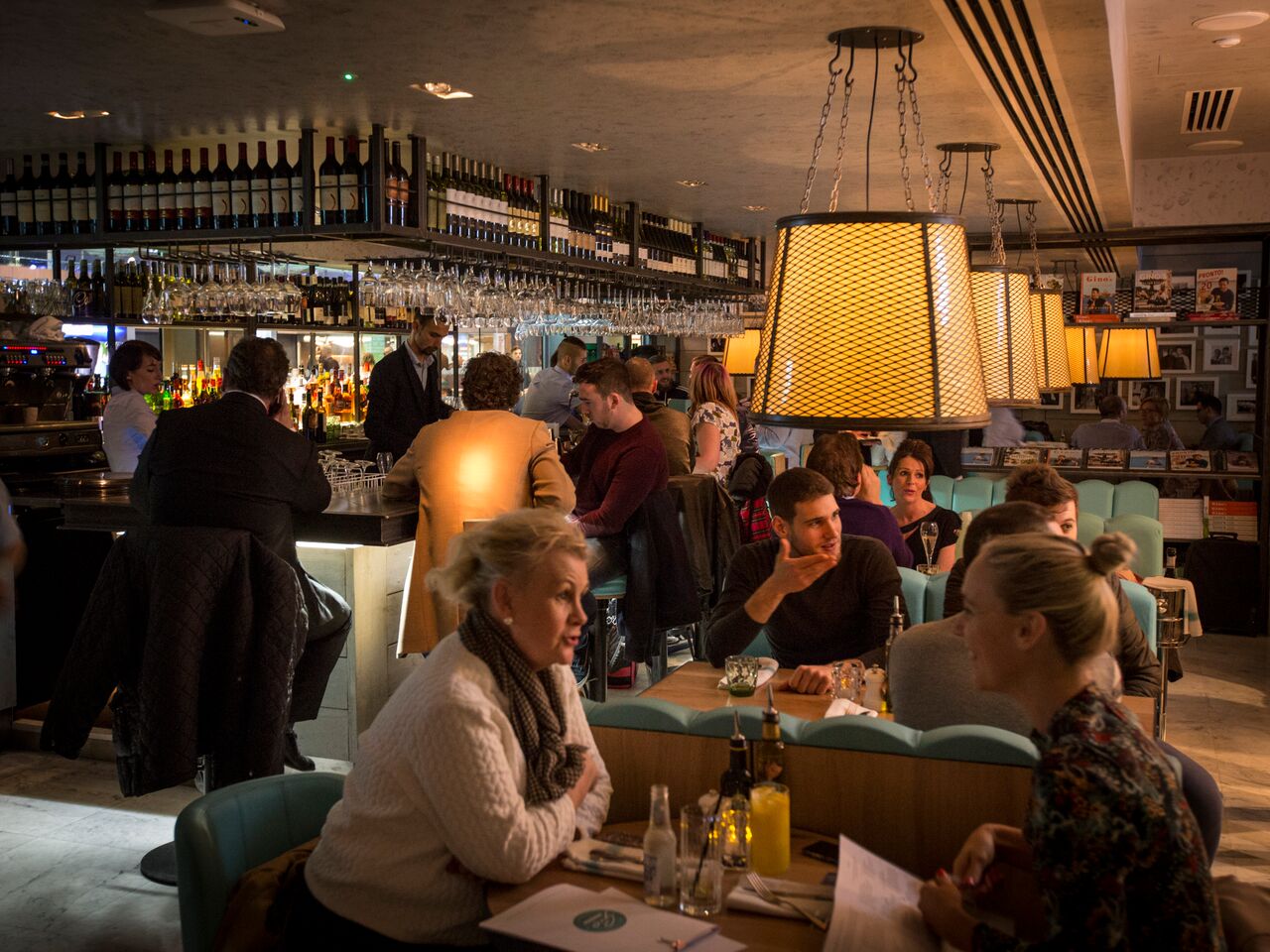 Shame about Q Grill on Chalk Farm Road closing earlier this summer. Despite its flaws – slightly cumbersome service, underwhelming mains and no value lunch menu, for example – we had a soft spot for it.

Filling its boots is a much more commercial prospect (owned by the same group of restaurants, fact fans): telly chef Gino D’Acampo, who’s taking it over for his second north London branch. The other is up in the mezzanine area of Euston station.

Expect booths, high stools, an open kitchen – and a cross between a 1950s beach-style diner and a private members club. The menu is on a Pizza East tip: antipasti of calamari fritti, quality bruschetta, linguine with scallops, veal meatballs. And of course pizza. Lots.

Which only leaves one question: why oh why call it ‘My’ Restaurant? Open daily, 29-33 Chalk Farm Road, NW1. More info here.

The Clifton is back open

Over in NW8, this tucked-away pub in St John’s Wood, closed since 2013, was recently taken over by brothers Ben and Ed Robson – whose pedigree is assured by a CV that includes both the Horseshoe in Hampstead and the Boopshi’s pop-up at The Abbey pub (as well as its W1 sister restaurant).

With Karl Calvert (ex-Providores) at the helm and an emphasis on under appreciated cuts on the menu, it seems like a good option for a replenish after an autumnal stroll on Primrose Hill. Open daily, 96 Clifton Hill, NW8. More here.