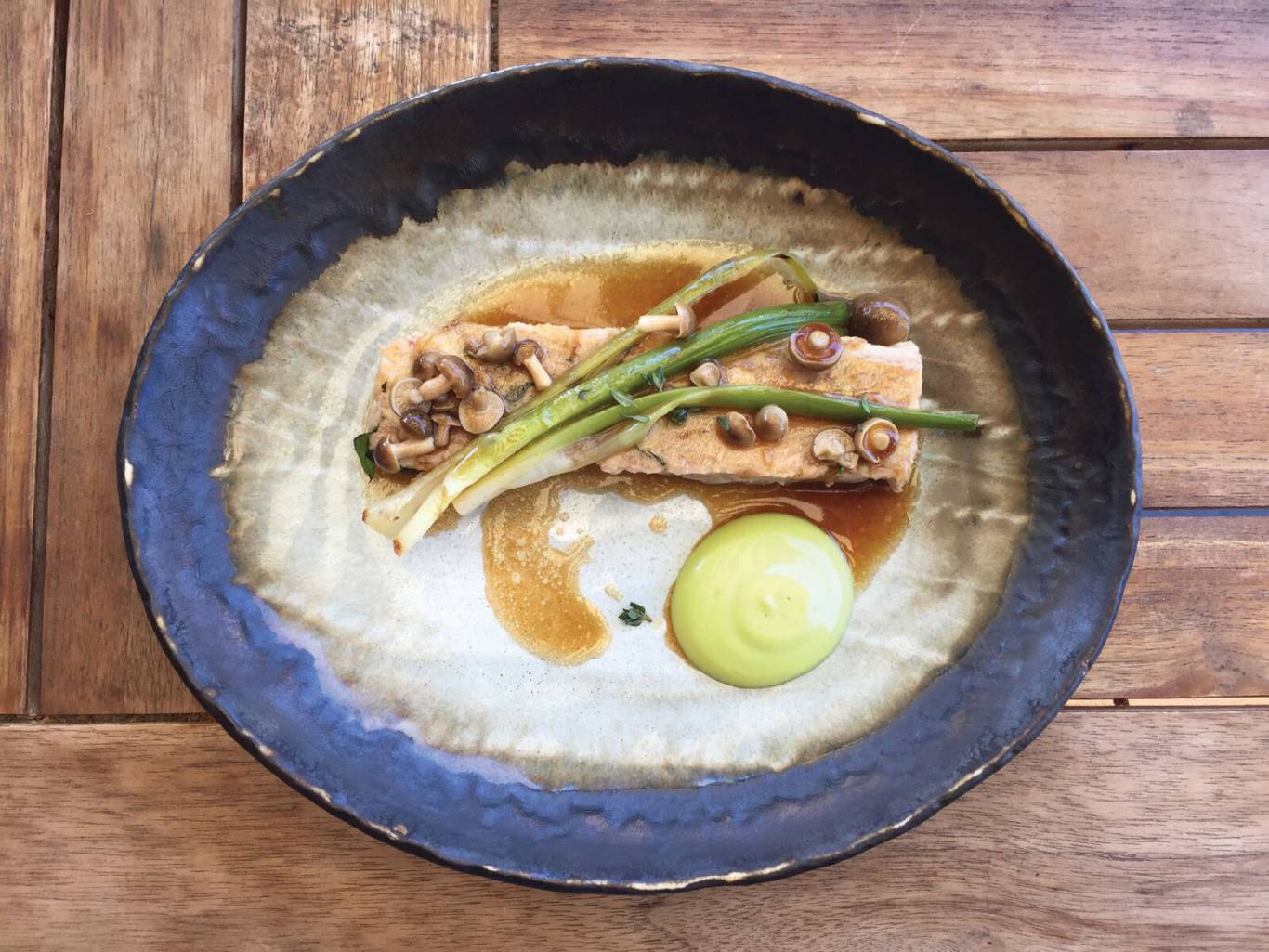 Is this the best £17 you can spend on two courses in London? Perhaps, says Stephen Emms

Though I sometimes peer through its windows at the recently renovated interior – it looks much better by the way, very Soho – I’m certainly not a regular at Odette’s, despite having eaten there a handful of times over the years.

A Primrose Hill gaff, run and owned by Welsh chef Bryn Williams for a decade or so, it’s as iconic as neighbourhood restaurants get – and indeed one of the London’s original dining rooms, having opened way back in 1978.

But it was a dog walk on a recent sunny Saturday that dragged my partner and I back to its pavement terrace, after spying a £17 two-course set lunch. There’s limited choice, just two options each for starter and mains – but wow, this is serious cooking.

A confit chicken terrine starter was all about textures, its length adorned with sweet baby leeks, a swirl of butter-yellow wild garlic aioli and cute shimeji mushrooms, slightly crunchy with a nutty flavour. The ensemble sat in the juices of the bird, reduced and reduced again to add a further hit of umami.

Ah yes, umami. A main of mackerel continued to riff on the savoury ‘fifth taste’, its flesh meaty, its skin crisp as a rasher of bacon, the pool of miso-like spring broth sweetened by big fat peas and lovely green broad beans. A slim rectangle of potato chucked in a few carbs.

Flawless indeed – although, in fact, it was bettered by the other main, a roast cauliflower steak, its florets golden, even blackened in parts, on a sticky peak of polenta. Pickled oyster mushrooms yielded vinegary earthiness, hazelnuts a bit of bite, and ubiquitous truffle oil leant its whisper of luxury. We also ordered a smooth bowl of smoked mash – a trend showing no sign of bating – as exemplary as ever here.

While the pacing of the courses is spot on, the only criticism is one we’ve always had at Odette’s. Service can feel either too formal or slightly hesitant, with mostly monosyllabic responses on the occasions we tried to engage.

That apart, is this the best £17 you can spend on two courses in London? Perhaps: however, in all honesty, our bottle of wine pushed the bill much higher.

You could, of course, drink tap water – although that may not win over the sometimes saturnine young staff.