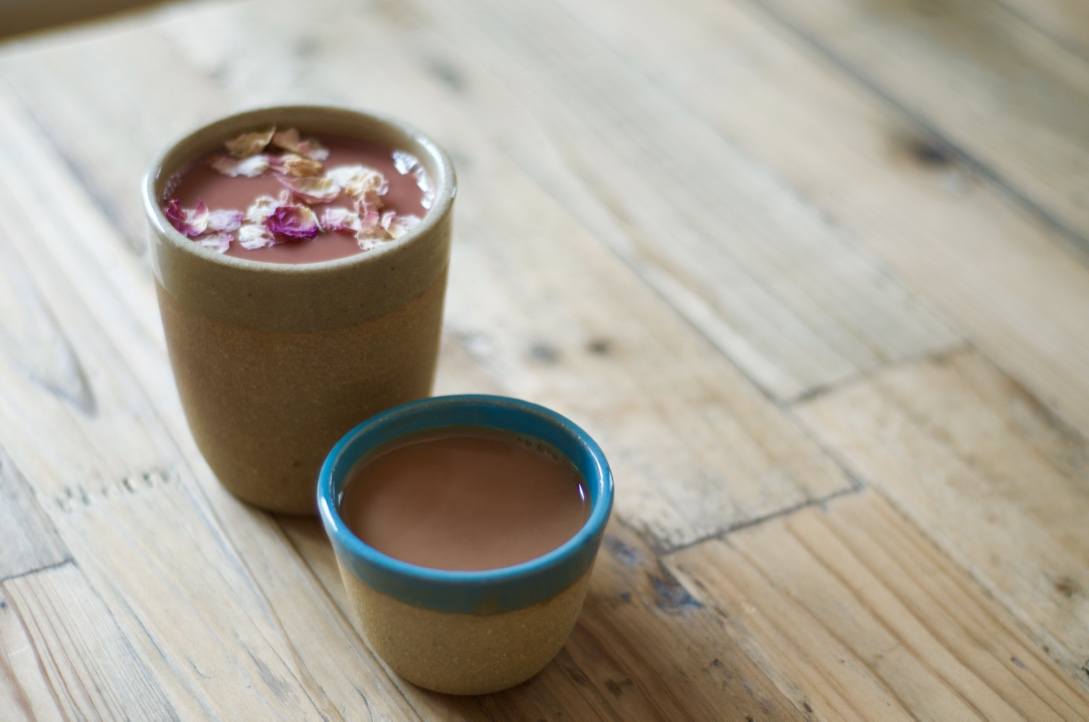 And now for something that’s opened, rather than closed down, this week. Pamban is a new all-day chai and coffee house in the North Yard of Camden Market, named after the island sitting between India and Sri Lanka.

The simple idea is that it represents both the ethnic origins of the team behind the venture, and “the meeting point of two individual cultures and tastes”. With a (north-west) London sensibility chucked into the mix, obvs.

We popped in yesterday as afternoon sunshine poured into the airily renovated warehouse space – think blonde wood, bare brick and lots of seating – where it stands in impressive company alongside the Flour Station, Voodoo Ray’s and the Cheese Bar.

Drinks-wise, there’s a focus on original masala as house brew, with rose, lavender and chocolate as alternative offerings.

Over at the espresso counter, organic beans from Beanberry in Woking (the pair have eschewed the more typical Square Mile or Union) are used for a double shot that proved as smooth as dark chocolate, with a slightly sweet edge.

But if you want to try something more unusual, we recommend a red cappuccino (made exactly like the coffee version except using rooibos tea shots), which has the velvety texture you’d expect, and yet with a deep hit of tea. Weird-but-good. And beautiful to look at, too.

At the moment there are various savoury and sweet snacks before the all-day menu launches later this month. Expect Asian-inspired sweet and savoury treats like Lamprais, a Dutch-influenced Sri Lankan dish consisting of banana leaf-steamed spiced rice topped with slow-cooked curry; and Pamban Rolls – deep-fried rolled pancakes filled with lamb, chicken or vegetables.

Wham bam, it’s another interesting addition to the North Yard.