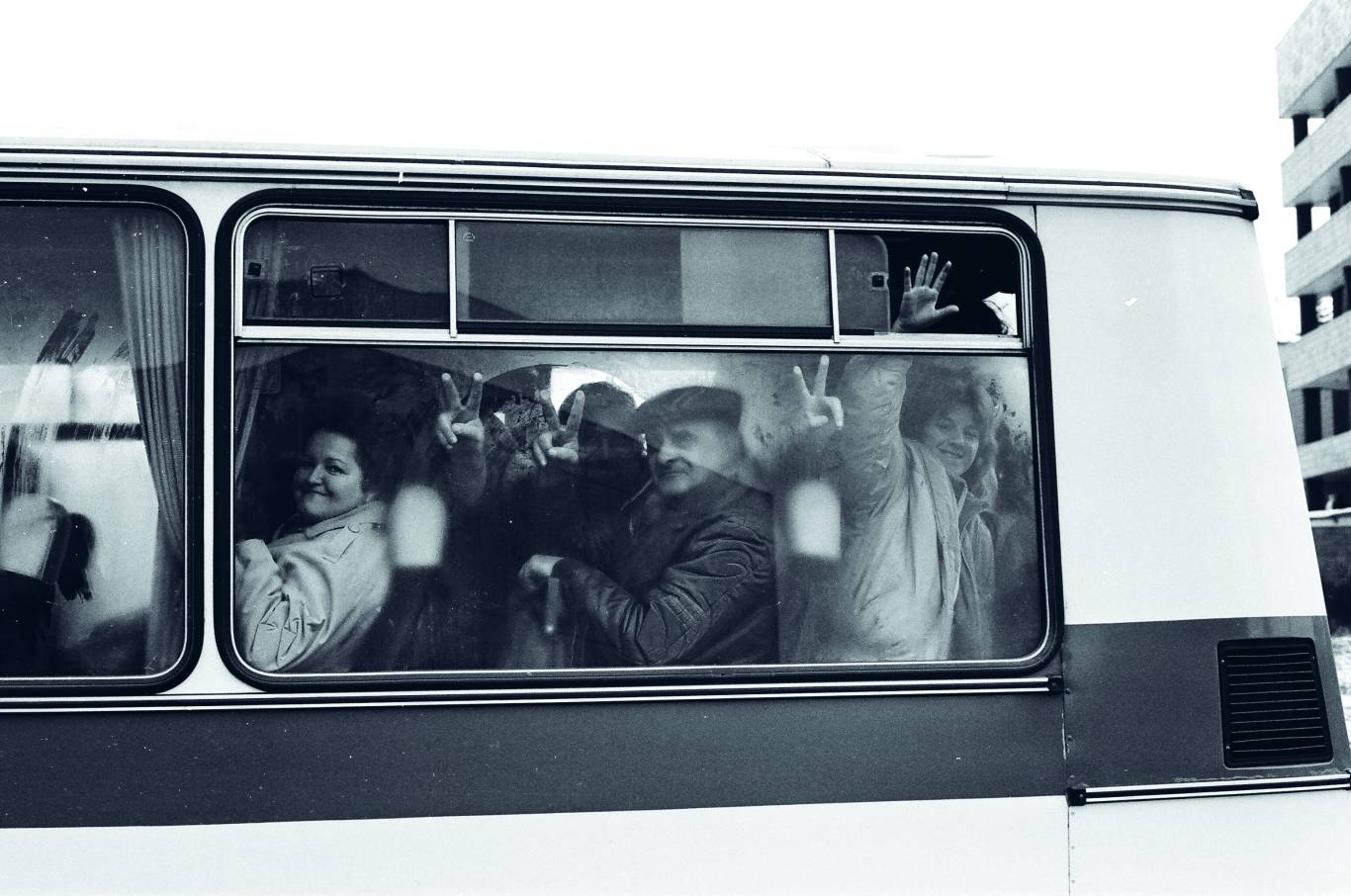 Steve Crawshaw is fascinated by the untold tales of rebellion and mischief that have kickstarted change. Following a career as a journalist on The Independent’s foreign desk, and having worked for Human Rights Watch and Amnesty International for many years, Steve has experienced first-hand how courageous, creative and humorous acts of non-violence can help to unseat impervious-seeming regimes and defy supposedly unmoveable orders.

His new book, Street Spirit, is an insightful and entertaining analysis of some of the most important and disruptive acts of defiance around the world. From tales of armies of red dwarves marching through the streets of Poland to the arrest of Azerbaijani activists for holding a press conference with a donkey, Street Spirit is an attempt to shine a spotlight on the impactful acts of ordinary people.

We caught up with Steve to discuss some of the themes in his highly topical book.

What are your personal experiences of peaceful protests?
After joining The Independent at launch in 1986, I reported on the revolutions in Eastern Europe, the collapse of the Soviet Union and the Balkans wars. During this time I got to witness and report on some important non-violent demonstrations and, at times, felt like the luckiest person in the world.

For example, I was in Estonia in 1989 as two million people took part in a 400-mile human chain across the three Baltic states of Latvia, Lithuania and Croatia demanding the restoration of their sovereignty. Here I witnessed the Estonian Singing Revolution, and watched as couples took to the streets in order to waltz against the violent crackdowns carried out by the Soviet military. The States’ violence was, as one Estonian activist assured me, the dragon’s dying gasps. How right they were.

The courageous actions of “ordinary people” is a prominent theme in the book.
What is essential to a movement is that people act: if enough people do so, change will inevitably come. People who decide to move against an oppressive regime or system act with no knowledge or certainty; they find hope in the fact that what they are doing is right and needs to be done. History tends to look back and fixate on the big geo-political shifts and their consequential changes. While it is not wrong to examine these factors, let’s say, change in the economy or the inauguration of a new leader, this narrative ignores the groups of individuals who really helped to shift perceptions, develop the dialogue and catalyse change.

Street Spirit is an attempt to showcase the people who have, through constant acts of bravery, defiance and mischief, participated and contributed to the change before it seemed possible. Seemingly small acts can make a big difference, whether it by taking a selfie in the “wrong” bathroom for your gender in certain American states, or sharing a photo of you behind the wheel if you are a woman in Saudi Arabia. Doing something is important.

What is the most important activist movement at the moment? Black Lives Matter. The campaign was started very organically – by three women who set up social media accounts for sharing stories of why #blacklivesmatter – and has galvanised millions across America
and the world. While you could list the things that haven’t changed and must be aware of the work that is still to be done, progress has and will continue to happen.

Small acts of defiance can snowball into significant societal and political change. Street Spirit includes the BLM movement and the incredibly powerful and widely-shared image of Ieshia Evans, a nurse from Pennsylvania, standing in a dress, as two police officers in full body armour approach to arrest her. She simply stands in unwavering defiance, showing such determination and strength as she does. This was echoing the awe-inspiring courage of those who participated in the African-American Civil Rights Movement of the 1950s.

Protests and demonstrations seem to be a fairly regular occurrence in the UK and US at the moment.
This seems counter-intuitive for an author to say but I almost wish my book wasn’t quite as relevant as it is at the moment. When I was writing in the spring and early summer of last year, the ideas of rebellion and protest weren’t a big thing. Now I can’t pick up a newspaper without hearing about it.

Street Spirit includes a quote from Trump, bragging about the lengths he goes to avoid paying taxes. This was written a year ago, at a time when his Presidency was not perceived as a plausible reality. Similarly, the book documents how pro-choice campaigners in Indiana bombarded a then fairly obscure character called Mike Pence, with information and updates about their menstrual cycles after the governor signed an anti-abortion bill. The fact that this man is now the Vice President of the United States is, well, sad really.

This is box title
Street Spirit: The Power Of Protest and Mischief is published by Michael O’Mara Books and can be bought for £16.99 from bookshops and online here.