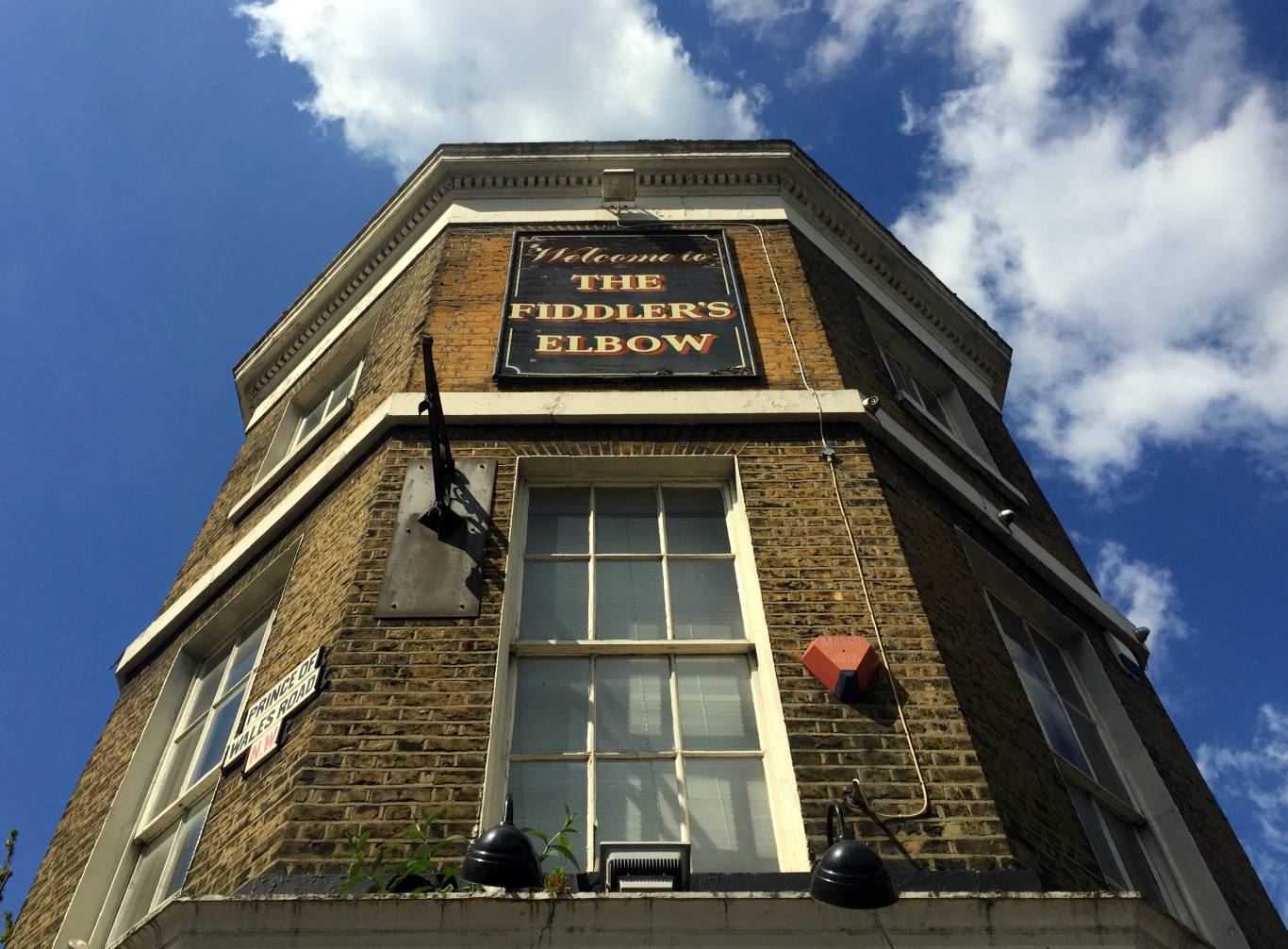 Tell us about your gaff.
It’s owned by my myself, a musician and promoter, and Nancy Wild, a born-and-bred Kentish Town business-woman. We’re an independently run, award-winning, no-nonsense, pub and live venue with a fantastic atmosphere. The building is historic, too. It’s grade II-listed (dating back to 1856) and was originally called the Old Mother Shipton, after a 16th century prophetess. It has long had a theatre license, becoming a music venue in the 1970s, and renamed in the 1990s. Memorabilia, vinyl 45s, posters and photographs adorn the walls.

How many bands play a night?
Usually, there are four, and the venue covers every genre of music. You can hear rock, pop, rock, indie, punk, jazz, blues and metal – or anything else you can imagine. It doesn’t matter whether you’re a fresh band or seasoned veterans.

What bands have been through the doors recently?
Recently singer-songwriter James Bay filmed his single promo video at the venue. Then there was Paul Lamb and The King Snakes, voted the UK’s best blues harmonica player. But there have been so many famous and non-famous bands and artists over the years it would be difficult to pick out individuals.

What have you got lined up in the next few weeks?
Weirdsville is on the last Saturday of the month. You can expect live bands on stage from the trashiest rock’n’roll to the most primitive punk, or the fuzziest garage, with projections from some of the wildest movie clips you’ll ever see.

Find out more about video ads for your business
Finally, what night should readers come to if they’ve never been to the Fiddler’s?
Blues club and jam nights every Tuesday 7pm, which is free entry. Many famous musicians pop in and get on stage to join in. It’s a great night for newbie Elbow-ers.
This is box title
More info on all the nights at thefiddlerselbow.co.uk. It’s open nightly, entrance free varies, at 1 Malden Rd NW5