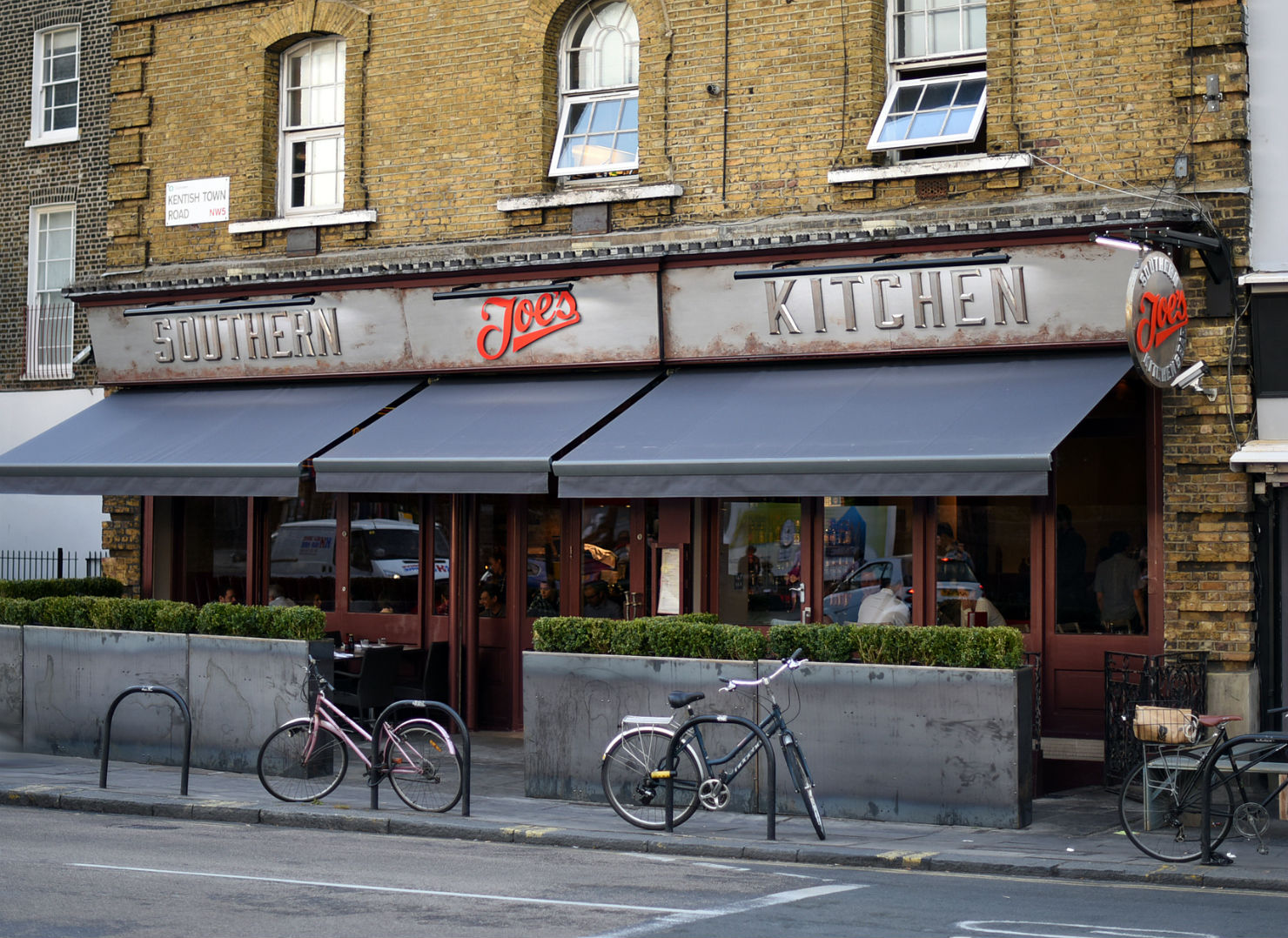 So it didn’t even last two years. And yet – despite our misgivings about the place – we were surprised nonetheless that Joe’s Southern Kitchen has shut its doors.

After all, it always seemed fairly, if not really, busy, and its location between station and The Forum (and importantly before the Bull & Gate) seemed to have guaranteed a constant stream of punters.

The restaurant opened back in 2015, the second branch of the Covent Garden posh-fried-poultry flagship.

So yes, as a concept, it failed to capture our hearts the way the actually-quite-pioneering Kentish Canteen did, despite, on a warm day, the same windows and grand doors being wide open onto the terrace. And those sunsets!

Our visits to downstairs cocktail bar Jailbird weren’t entirely successful, either, whether it was sickly-sweet espresso martinis, or sporadic opening hours that hardly showed faith in the area, despite a slew of other cocktail bars springing up all over and open nightly.

But we know the venue had its many fans, particularly at weekends.

Joe’s, whose West End flagship is still open, had this to say on subject, when pressed for a reason for their sudden departure: “We can confirm that as of Monday 8th May Joe’s Southern Table and Bar has flown the Kentish Town nest. It’s been a brilliant two years and we’ve enjoyed serving up brunch, fried chicken and cocktails.”

Very enlightening. So what’s it to become now? All we know at this stage is that the site will remain a bar and restaurant and taken over by a group who have a few places dotted around town already. Interesting.

As ever, watch this space.