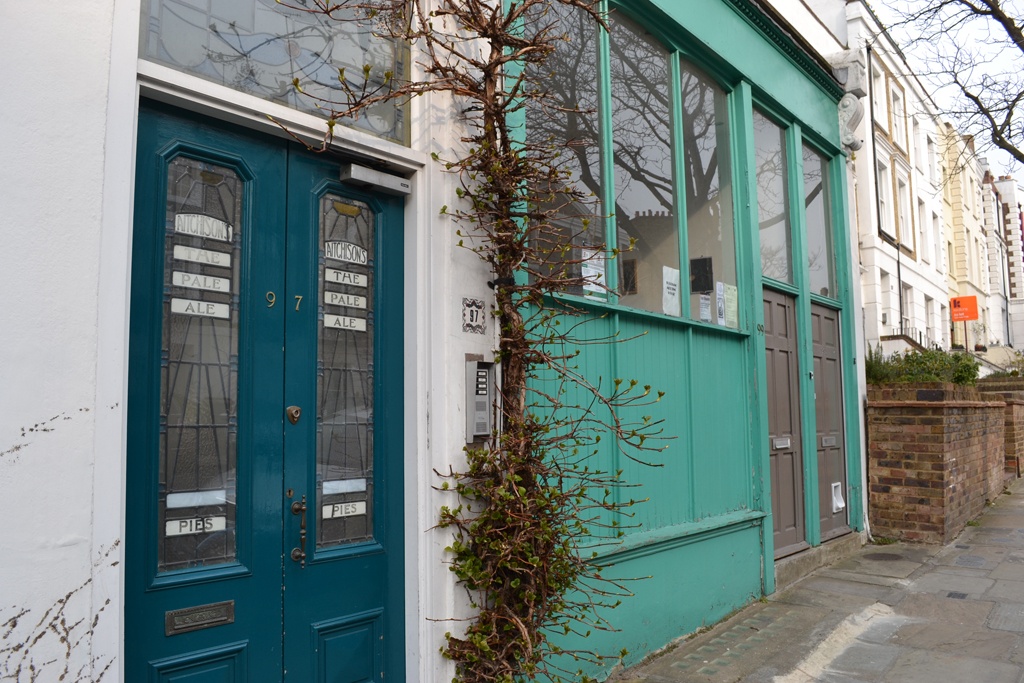 This is a warm room in a draughty city – an almost hidden chamber, that opens its doors every Sunday night to poets and listeners of poetry. This is a place where weekend writing workshops are held, theatrical performances, play readings and art exhibitions.

Bare floorboards, a raised platform with a piano, a screen, two chairs, a small table with a bunch of flowers in a jam jar, and a jug of water: all this sets the scene at the Meeting House.

Like an old theatre, where the spirits of past productions have been absorbed into the fabric of the building, so this room is imbued with myriad poetic voices, living and dead, giving it a unique atmosphere.

It’s been going since 1982 when John Rety and his partner Susan Johns took over a decrepit house at 99 Torriano Avenue and turned it into a hub of creativity. John Pilgrim wrote, in his 2010 obituary for John in the Guardian: “The readings were an astonishing success, drawing in poets and public from all over the country.

His ability to charm support from unlikely sources never deserted him. Camden council contributed £10,000 a year to support the Torriano Meeting House. When, eventually, funding cuts forced them to withdraw the grant, the council offered Rety an Epic (Eminent Persons in Camden) award. Typically, he indignantly refused, regarding it as a bribe to stop him complaining about the loss of his grant.”

John Rety was born in Budapest in 1930 and lived through the harsh realities of the Second World War there. Perhaps because of his childhood experiences he was a dedicated (non-violent) anarchist who could not stomach conventional forms of authority, and was constantly championing the voices of poets and writers who might otherwise never have been heard. This was partly the motivation for setting up Hearing Eye, a successful poetry publishing company run by the family on a shoestring.

My first reading at the House was in 1994 with Irish poet Martina Evans. It was a warm June evening, and the house was jammed with upturned faces. I was sick with nerves but proud as hell to be there. Martina and I had met at a Poetry Writing class run by Dinah Livingstone at the Working Men’s College in Camden Town, and this was only my third public reading.

And now I shall be reading there again in June – as well as irregularly (I hope) throughout the year. Almost twenty years and many public readings later, I still feel a surge of excitement when returning to the room.

People have inevitably gushed about the House over the years. “I always loved the way entry was ‘according to pocket,” says artist/poet Linda Black, “and that spirit continues.”

Meanwhile the poet Donald Gardner says: “When John was alive…it existed for the love of poetry not for gain, and for the notion of poetry as creating a free space, both social, mental and artistic.”

But let’s give the last word to Josh Darcy, founder member of the New Factory of the Eccentric Actor: “For me, the Torriano matters because eccentricity matters,” he says. “Because it is the polar opposite of corporate facelessness. It is all emotion, a place where you can rehearse for a packet of biscuits if that’s all you have. It’s for the disenfranchised. It’s not FOR the community, it IS the community. It is crazy, ramshackle, unique. A reminder of an altogether better way of doing things.”

Meeting House, 99 Torriano Avenue NW5. Jehane Markham reads next at the Torriano with another poet, Cheryl Moscowitz, on Sunday June 4th. Sessions (£4) take place each Sunday at 730pm, with storytelling events by candle-light on the second Wed of each month. More info here