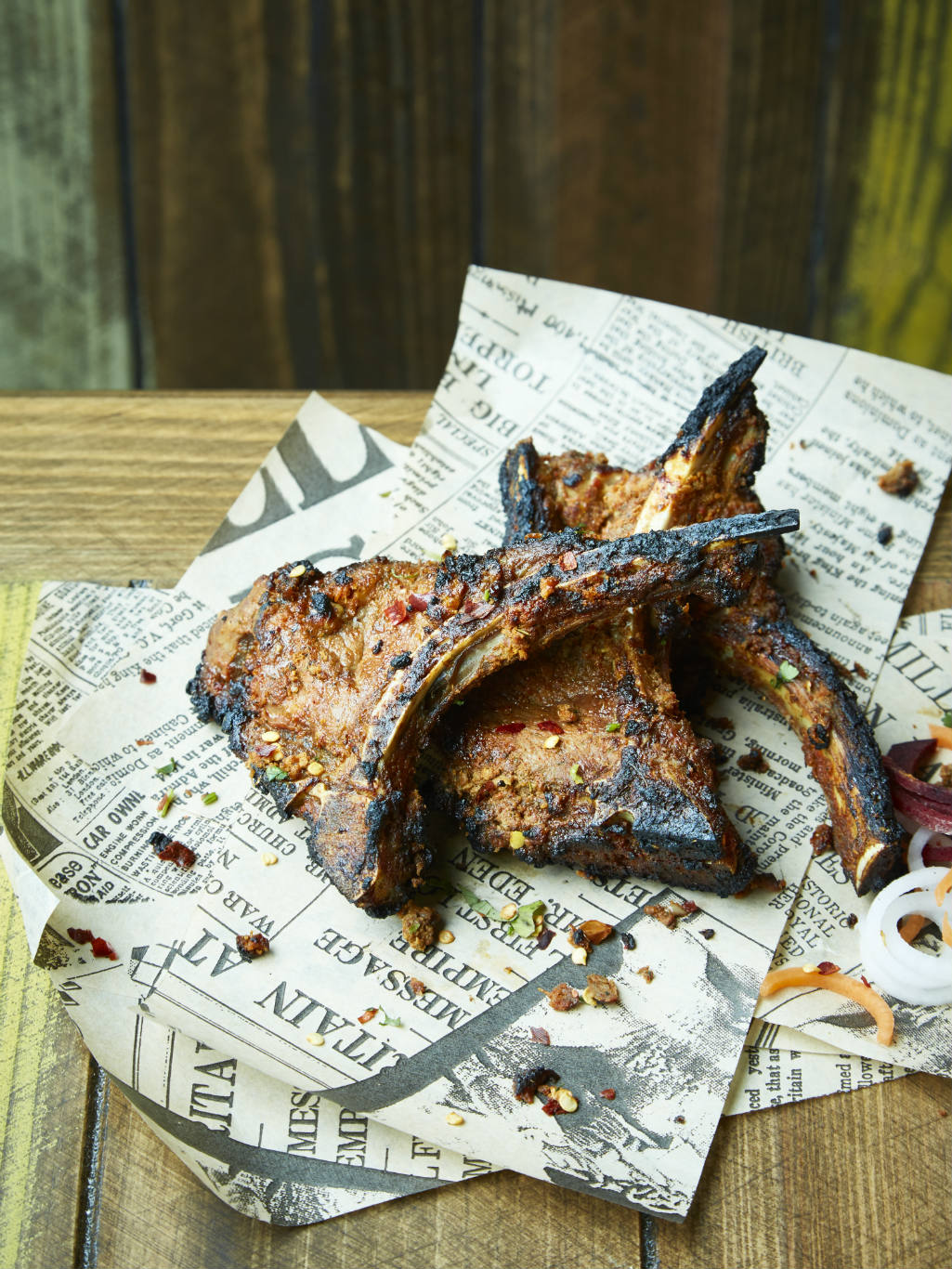 An unexpected location for kerbside snacks that are worth the detour

The most unlikely spots for restaurants are the thing, these days, aren’t they? The recent trend may just have started with the acclaimed Primeur, housed in a repurposed garage on a residential stretch between Canonbury and Stoke Newington.

Fast forward a few years and now this new Indian restaurant has opened on Mandela Street.

Where? Just off Camden Street, a cobbled mews-style thoroughfare down near Mornington Crescent, with converted factories and warehouses lining one side; and shiny new build office space on the other.

Chai Thali is the first eatery to open there. It’s so hidden from tourists and the general chaos of Camden’s passeggiata that you want to kiss it already. Or at least I do.

They bill the place as serving streetfood classics from ‘Old Delhi to Mumbai and the glittering seashores of Kerala’. In short it’s all about the subcontinent’s kerbside snacks.

First thoughts are it’s pretty big. An expansive 120-cover space has been utilised to provide different vibes according to the occasion. There are upright wooden booths upholstered in the colours of India: saffron, India green and white, with each named after a city from Bombay to Jaipur and Madras, with the use of hanging signs traditionally found at train stations.

There are also casual tables for two arranged along a floor-to-ceiling window with views onto Mandela Street. A wall-to-wall Union Jack is hand-painted in the colours of India’s national flag.

We ate on one of the first Saturday lunchtimes of opening and there wasn’t a soul in the place. Given its backwater location, it wasn’t not surprising. But it’s going to live or die on its word-of-mouth and reviews.

Fortunately, the food impressed, although service was in its infancy, with the young female server hesitantly asking her superior for advice on each dish we had questions about.

Yes, it’s a small plates joint. So how many do you order? Four? Six? We did five and it was nearly too much. After poppadoms and sticky-sweet-salty-hot dips, we enjoyed the ‘Bombay roadside’ scrambled egg masala, served with buttered brioche bun. A paapdi chaat followed, a huge array of crisp-fried wafers topped with potatoes, chickpeas and yogurt.

The last three dishes were tremendous, however. A chicken murg ‘from the G.T. roadside dhaabas of Punjab’ was voluptuous and silken, the breast tender; while a chicken tikka with mint and coriander was suitably fiery.

The real winner? Lamb chops marinated overnight in spices, cooked in a tandoor and served with kachumber (the salad made from tomatoes, cucumbers, onions, chilli and cumin): the chargrilled crust and burnt fat yielded almighty waves of flavour.

There are cocktails and craft beers of sorts; we chose a house red, a fine if unremarkable Shiraz. It’s not pricey, but there’s also a cheaper lunch offer served Monday to Friday, with faster-food options like mini thalis and parantha rolls with paneer, chana or chicken.

In short? It’s worth a detour – and somehow the unlikely location makes it that bit more special.