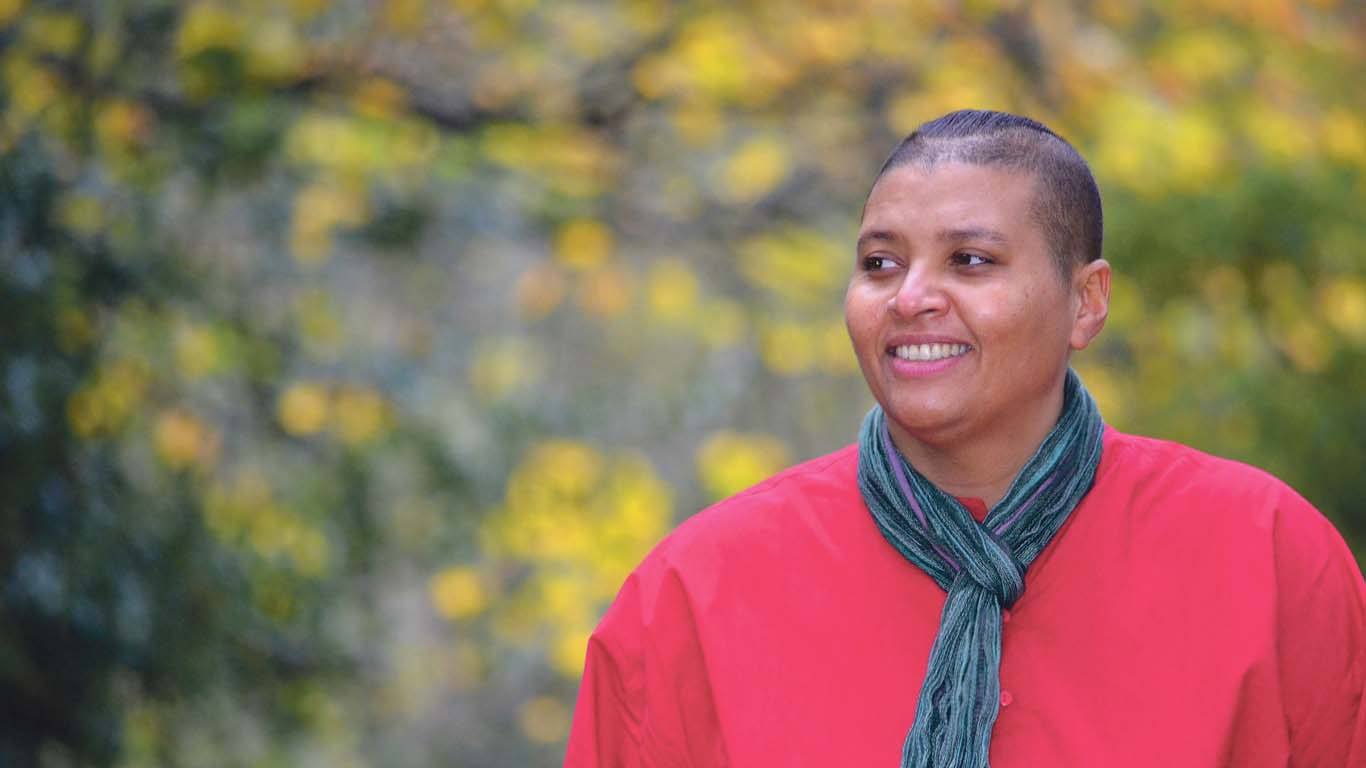 With its sci-fi name yet similarity to ancient spiritual healing traditions, what on earth is Quantum Touch?

Local QT practitioner Debbie Giles is about to help me find out. “I love a sceptic,” she tells me, I presume reading the confusion-cum-cynicism of the first-timer written across my face. “That’s the type of person who turns up with a back ache and no idea how QT could possibly work, but they can’t deny that the pain has lessened afterward. It always does.”

The therapy involves channeling the energy of the universe – the force that keeps “the earth spinning around the sun and the planets aligned” as Debbie puts it – into actively healing the body. No biggie then.

And in fact, that’s exactly the point. Richard Gordon, the founder of this method says it’s so simply a two-year-old can do it. So, interest suitably piqued, I take a seat in front of Debbie, and prepare to feel the full force of the cosmos from my office swivel chair.

Fortunately for me, less so for this purposes of this feature, I’m in fairly good shape. The only ache I can think of is an occasional tight neck, earned by flying over the handlebars of a bike… in 1988. This, and a perennially stuffy nose are the best I can give her to work with, but she duly begins her process as I close my eyes.

Debbie discovered Quantum Touch while on a mission to heal herself. “I had a cyst that burst and I almost died,” she says. “Western medicine saved me when I needed an emergency operation, so I don’t ever deny there’s a place for it, but I’ve always found alternative therapies like Kinesiology helpful too.”

When a friend of a friend pointed out that Debbie had healing hands and should looking into QT, she realised the main teacher of the technique was based just a short drive from her in Crouch End. On further investigation, she liked the fact that the system was very transparent – nobody was asking for thousands of pounds to reveal the secrets, nobody touted themselves as a miracle health guru – so she got involved.

I can fully attest to Deb’s healing hands. Although she’s barely touching my neck, there’s that radiance of warmth that osteopaths and masseuses also sometimes possess, making it easy to zone out. Suddenly though, she’s panting a kind of fire breath behind me, (which I’m later told is raising the energy levels), that sets me right back on my toes. And therefore, a few minutes later when she makes a strange, lingering vocal tone, it comes as slightly less of a surprise, but is still quite a curious moment for this QT novice. 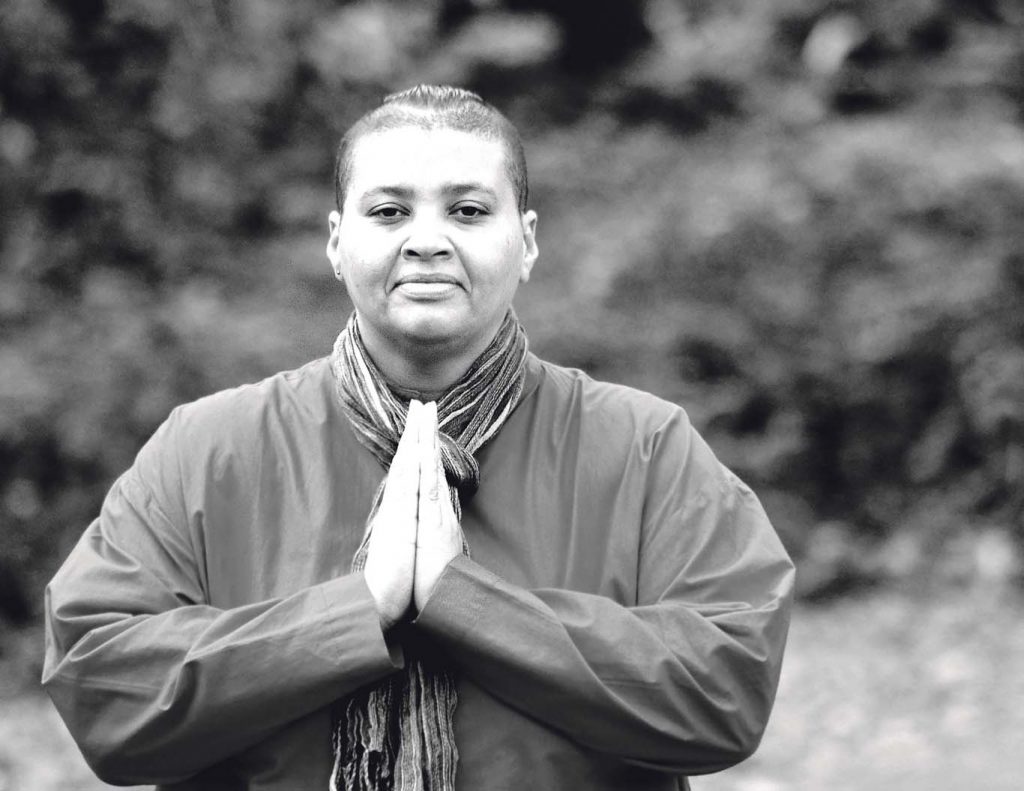 “Our body has an innate intelligence and knows how to heal itself,” Debbie tells me later. “We may get in the way of that by dashing around, eating the wrong foods or whatever, but if we cut our finger it will heal eventually, so the body knows what to do. I use various breathing techniques and tension to raise my energy frequency to a higher level, and the person I’m working on will resonate with that. With the intention set to fill their bad back with love and put it into alignment, it will begin to heal itself.”

I like this super-simple explanation of how such a mild (apart from the occasional unusual noise) form of treatment might yield results. You may not be a fan of alternative therapies, yet nobody can deny the innate importance – and science – behind the exchange of energy, whether that be in the formation of the galaxies, the lapping of the tides or the calming effect of a chat with a kindly soul.

Two days after my debut quantum experience, Debbie sends me a text, asking as she did before the treatment, to rate any physical discomfort on a scale of 1-10. It’s difficult to say how things have changed, as I didn’t exactly come to her with a major ailment. And perhaps it wasn’t ideal to have had a 5am finish in a nightclub the previous evening. Still, through the toxic fug my neck feels fine, and the sinus condition remains very low level.

But over the coming week or two, I do notice less subtle things taking place elsewhere in my life. My regular yoga practice takes a huge leap forward as I find myself easing into postures I’ve struggled with for a decade or more. And at work, exciting new opportunities seem to be landing in my lap.

Debbie does say the intention of QT could be set on a new project, rather than directed at a bad back or knee: a kind of energy tune-up or booster. It would be difficult to pinpoint why, but I am experiencing an undeniable kinda shift.

“Modern life is complicated,” she says “particularly in a place like London, where we’re bombarded by lots of different energies just by walking down the street. We end up carrying a lot of pain and negative energy that doesn’t serve us, but because we are humans and outstanding beings, we tend to just get on with it. Then you receive an energy treatment that puts you back into a good space, and realise you feel amazing.”

And you know what, I really do.

This is box title
Debbie offers taster sessions for £25, telephone sessions for £80 per hour and in-person treatments from £110 an hour. Find out more.