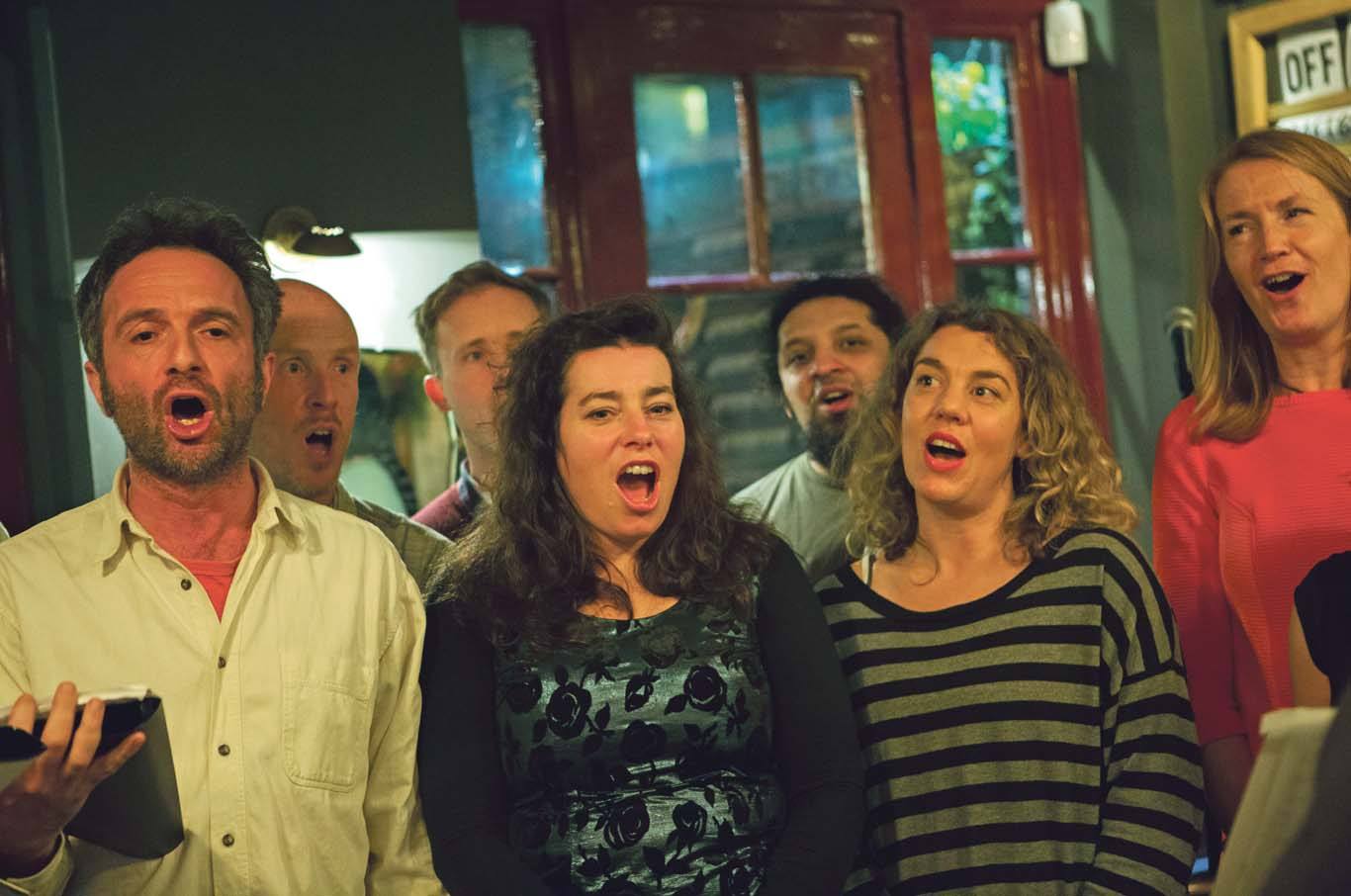 School parent choirs are not generally where you’d look in search of edgy, boundary-pushing performance spectacles, (even the groups that contain a few faded rock ‘n’ roll dads). However Gospel Oak School’s mum ‘n’ dad singers have done a fairly sterling job of breaking convention in the few years that they’ve been gathering.

That’s one reason they’ve felt brave enough to drop their original name, and rebrand using the oft-misused moniker ‘underground’. The other is to reflect that their collective welcomes all-comers, not just parents from the school.

“I think every community should have a choir and everyone should join one,” say member Louise Banbury. “It’s probably the highlight of my week. No matter what kind of a crappy day I’ve had, it’s impossible not to feel better about everything after a good sing with a bunch of other people.”

Founded five years ago by enthusiasts Stina Frost and Mina Hosokawa, the choir quickly picked up momentum with refreshing choices of songs and a real collaborative spirit, but choirmaster Stina’s move back to her home country of Norway risked throwing things off key.

Fortunately Brazilian musician Gui Tavares stepped in and reinvigorated the group. “Gui is a total muso,” says latest choirmaster George (see box below). “He set this tone of complex harmonies, which was admittedly a bit too much for some! I’ve chosen to roll that back, but not too far. I’m pushing myself with the arrangements because of Gui and the choir are willing to push things too.”

This drive to create something a bit special has led to appearances at the Southbank and on BBC Radio 3, as well as regular local gigs at The Gispy Queen, Bull & Gate and other social hubs, yet they’ve never been compelled to enter serious competitions. This singsong is all about doing it for the pure hell of it, belting out unexpected classics with a pint in one hand.

Sarah Allen, flautist with internationally renowned folk band Flook, has been part of things since the beginning. “It brought us together to sing when we none of us really knew each other and all thought we couldn’t sing,” she laughs. “That’s created such a such a sense of shared achievement and camaraderie.”

Sonali Naik agrees. “I Love the joyous element. Often I arrive tired, but always leave upbeat and energetic. Choir never fails to put a smile on my face.”

Instrumentalists are often incorporated, from the trumpet of choir member Marcus Rowcliffe to the entire school brass band, who are partial to a bit of The Specials. George reveals current works in progress include a Leonard Cohen tribute and a “true mash-up” submitted by his Gospel Oak neighbour Ashley, who has somehow arranged a nine-minute opus of Abba’s Super Trooper with Van Halen’s Jump.

They insist though, that all this isn’t as intimidating as it might sound. “Yes, our voices have improved,” says Laura Lees, “but we have groups that can support newcomers and even regulars dip in and out. No matter what your background, financial situation, ethnicity or whatever, everyone can come along, open their mouth and sing. We are hungry to get introduced to songs from other countries, and if a grime song is suggested and it works, yes, we’ll happily do that.”

This is box title
Gospel Oak Underground meet every Wednesday, 7.30-9.30pm, £5 a session. Find out more info on the group’s Facebook page