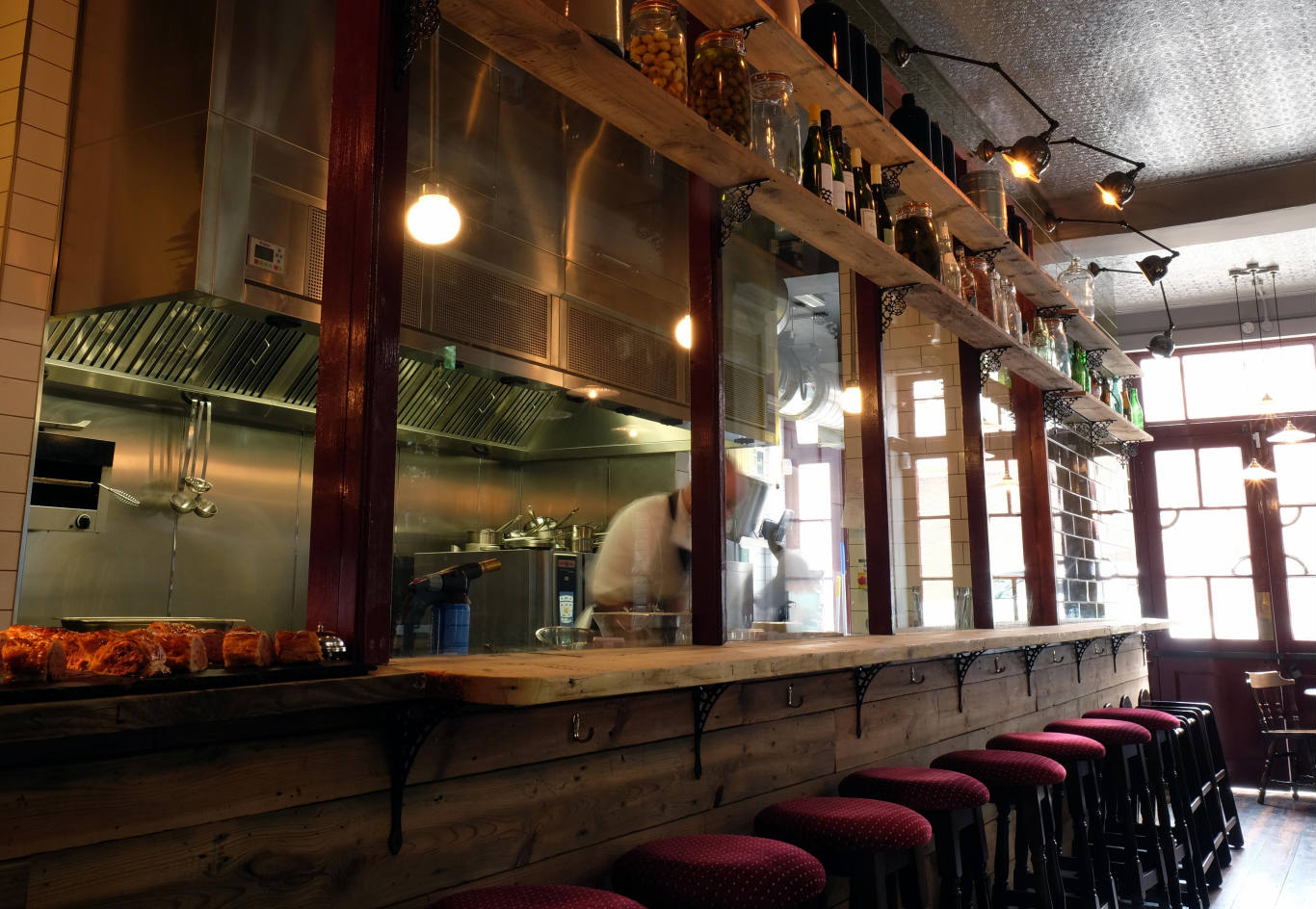 You what? It was better known as the Westport Inn for many, many years.

So it has a past then? Hell yes! Bare-knuckle fights in the basement. People falling over a bit as they left. That kind of thing.

So what goes on there now? Owners Joel and Suzie Czopor sold this pub and their other, The Grafton, just before Xmas.

To whom? A small indie pub group with boozers in places like Ally Pally and Muswell Hill.

OK. Don’t fret! It feels the same inside – ie. quite stylish, with a roaring fire – and is really busy on Sundays. Perhaps because there’s a 2-for-1 on roasts if you pre-book at 6pm or later.

What about the rest of the week? It was ticking over nicely on a Wednesday evening, with the winds and rains hammering outside. But it was a little quiet on Saturday night at about 7pm.

Is the scran much cop? Not as foodie as under the previous owners; let’s be honest. They’ve scrapped the rabbit rillettes and goat-three-ways in favour of basic gastropub classics.

Like? Fish and chips, which wasn’t bad on a recent visit, the cod’s flesh just opaque. Sausages and mash were a bit ‘meh’, while sea bass, its skin crisp, came pimped up with salty pancetta and samphire.

What else should I order? Try some bar snacks. We rated the hot scotch eggs, chorizo-packed with runny golden yolks. And the plate of beetroot-cured salmon was pretty as a picture, with its swirls and whorls.

Staff: friendly? Yes. Not quite in the slapping-you-on-the-back-like-a-local category, but helpful and they know their stuff.

Craft beer tick? Tick. There’s always been a good range of taps at the pub, including Hammerton, Beavertown and Camden. Plus lots of real ale.

Don’t say: “How about you turn the lighting down a bit?”