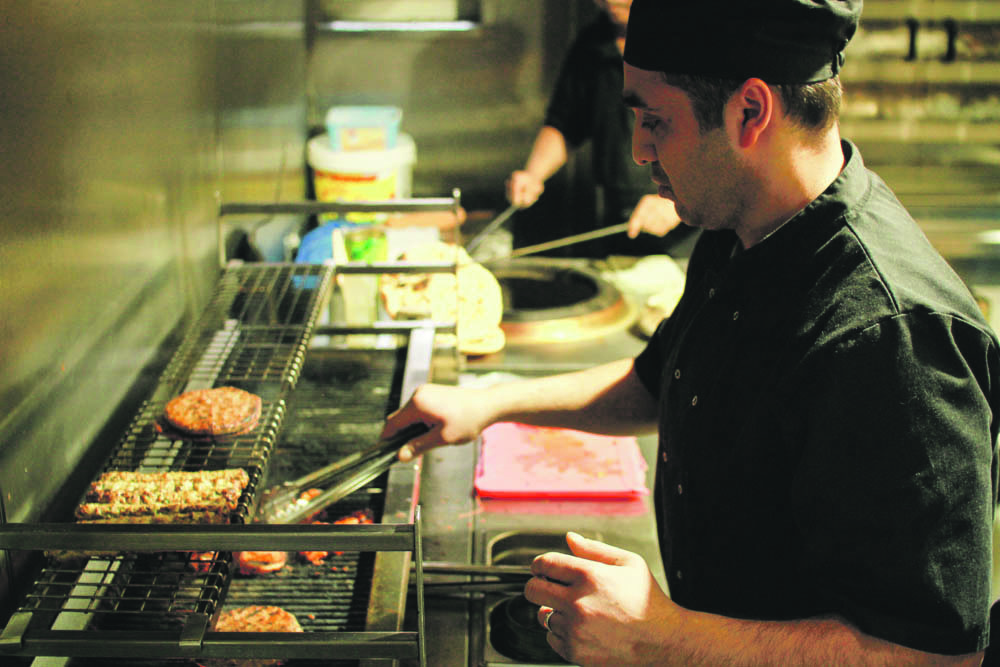 Where? Elm Terrace, a small parade on the tip of Constantine Road in South End Green. It’s right opposite the once-magnificent White Horse pub (a shadow of its former self, with its neon strip lighting and tacky décor).

What? A Pakistani grill and Indian curryhouse. But unlike the others nearby – Paradise, Aroma and Fleet Tandoori – it’s less silver service and more ‘contemporary’ roadside Asian vibes. There’s an open kitchen in which a gaggle of chefs swirl about at peak times. There are cosy booths. There’s a mixed, ethnically diverse crowd of Gospel Oak, Kentish Town and Hampstead denizens. And service is of the delightfully courteous kind: our waiter (owner?) shook our hand as we left, imploring us to return.

Why? A whole chicken, marinated, spit-roasted and grilled on charcoal is absolutely delicious – and a snip at just £8.50 (it comfortably serves two, sides extra). Succulent and juicy, its scorched skin is packed with heat, spice and flavour, all maxed out by the fiery house special “Dar’s sauce”, whose ingredients the waiter claimed he was not at liberty to divulge.

Notes: We added a side of cauliflower and potatoes cooked dry with chopped onion, ginger and tomatoes, in a medium sauce (£6), more than adequate for two, especially with a tandoori roti each (£1 each). The total was £16.50 between two. You could easily grab a portion of rice and still come in at under £20 too – a tenner each, in fact.

Don’t: Forget it’s BYO. Rejoice! There’s an off-licence right next door, which a gang of polite French twentysomethings all raided before they sat down on the table next to us. It’s also worth trying the house black chai, as we did, two quid a cup. Its herbal, cinnamon-fuelled warmth works brilliantly with the marinated chicken.