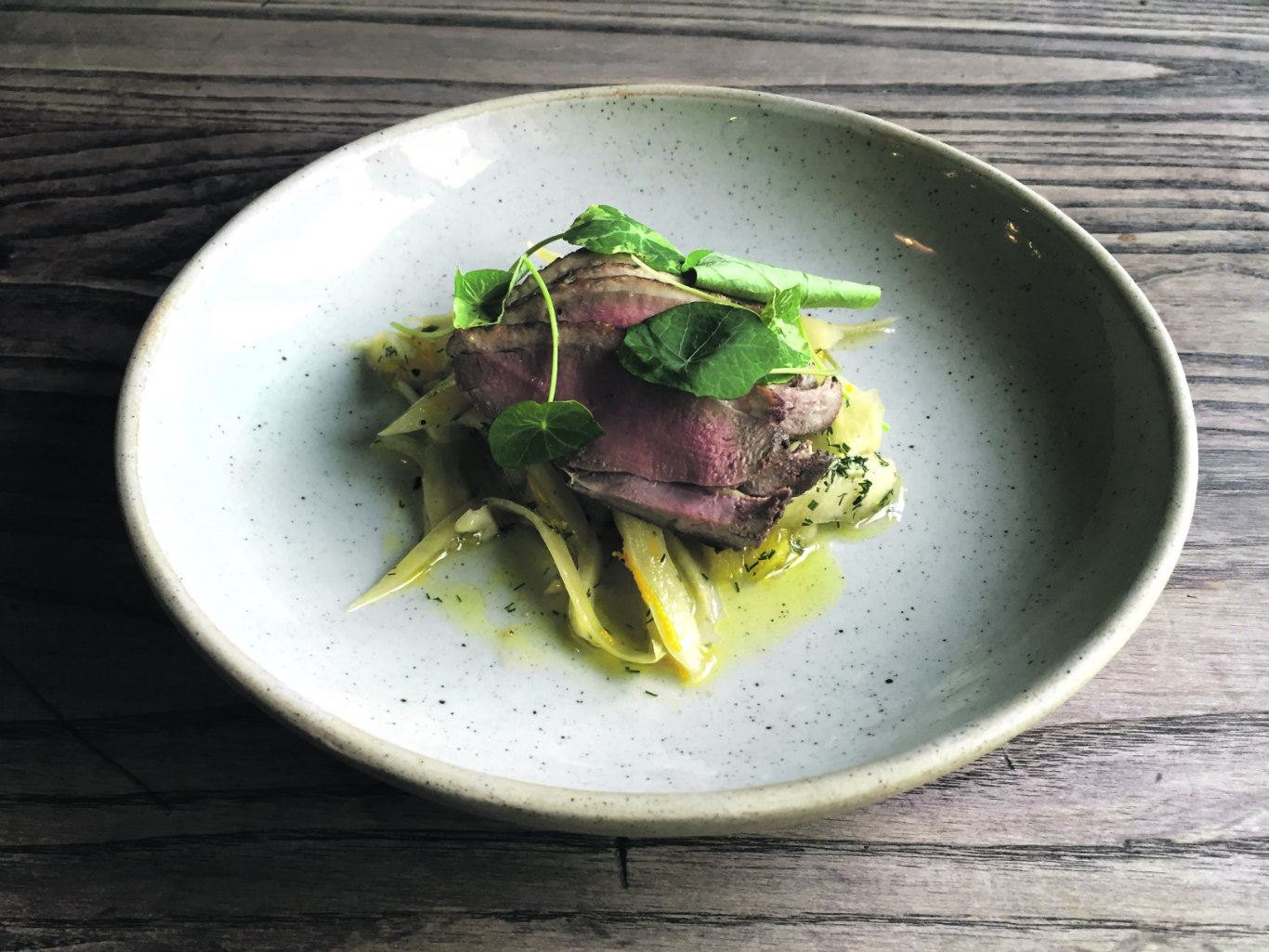 Six things you should eat at Colonel Fawcett

It’s all change at Camden’s pioneering food pub with a new chef and menu. Here's what we recommend

Over the last six years, this Randolph Street gastropub’s whole currency has been based on its foodie credentials – from its first chef, the young Dorian Kirk, to the award-winning Andy Jones, who scooped the Best Sunday Lunch award in the Observer Food Monthly magazine. New boy Patrick George (ex-Crown & Goose) is a bit of a whizz in the kitchen too and, as we discovered, has been pushing British food to the fore with an easy-on-the-eye menu of classics and creations. Here are some of our favourites.

Everything at the Fawcett is made, prepared or smoked in-house. We enjoyed the delicate, melt-in-the-mouth texture of these glistening rosy duck breast slivers (main pic, above). Providing crunch is sliced fennel, while orange zest adds a sweet acidity. A crown of peppery deep green nasturtium leaves rounds off the plate.

With this starter try a special house G’n’Tea cocktail, in which Earl Grey is macerated for a couple of hours in gin, with added lemon juice and sugar syrup: smoothly citrus, bergamot-rich, it’s a down-in-one martini. The strips of oak-smoked salmon themselves are pimped up with grapefruit and a gin cream for a well-balanced food-and-booze pairing. The only unnecessary ingredient is rocket, which adds little (and we all eat too much of it it at home, don’t we?).

Craving a hearty winter dish for these bracing months? Look no further than the confit leg and roast breast of pheasant, the latter especially tender (always tricky with game), the bird itself straddling some magnificently colourful root veg, crisp kale and a rich redcurrant jus, all sweetly sharp in its offer.

The winning plate? The rich, umami flavours of this neat fish dish. Meaty white flesh – the skill is in not letting it dry out – arrives boneless and opaque, and sits on a stewy jumble of chorizo, outsize capers, fried black potato that’s soft as butter, and a lemon parsley sauce. It’s 100% my kind of dish: indulgent but you can kid yourself it’s healthy at the same time. Small point? Crisp that skin up a bit more and it’ll surpass itself.

This soft-baked treat is paired with non-sickly marmalade and a rich rum and raisin ice cream, naturally made in-house like everything else. In the mood for a post-prandial digestif to match it? The orange peel and ginger notes pair well with a house take on a negroni, made with the seasonal twist of sherry, rather than vermouth.

Head chef Patrick George sources his fromage from small-batch producers across France, with much of it aged in caves in Normandy. He’ll also come out to talk you personally through each piece: it’s a real treat for those who appreciate maturity and deep flavour, from one of the richest bries we’ve ever tasted to a hearty 26 month-aged comté. Also recommended are the two fudgey goat’s cheeses, one whose rind is washed with Beaujolais, and a wonderfully strong munster. £9 for three.

Colonel Fawcett is at 1 Randolph Street NW1/ Starters from £6, mains from £12.