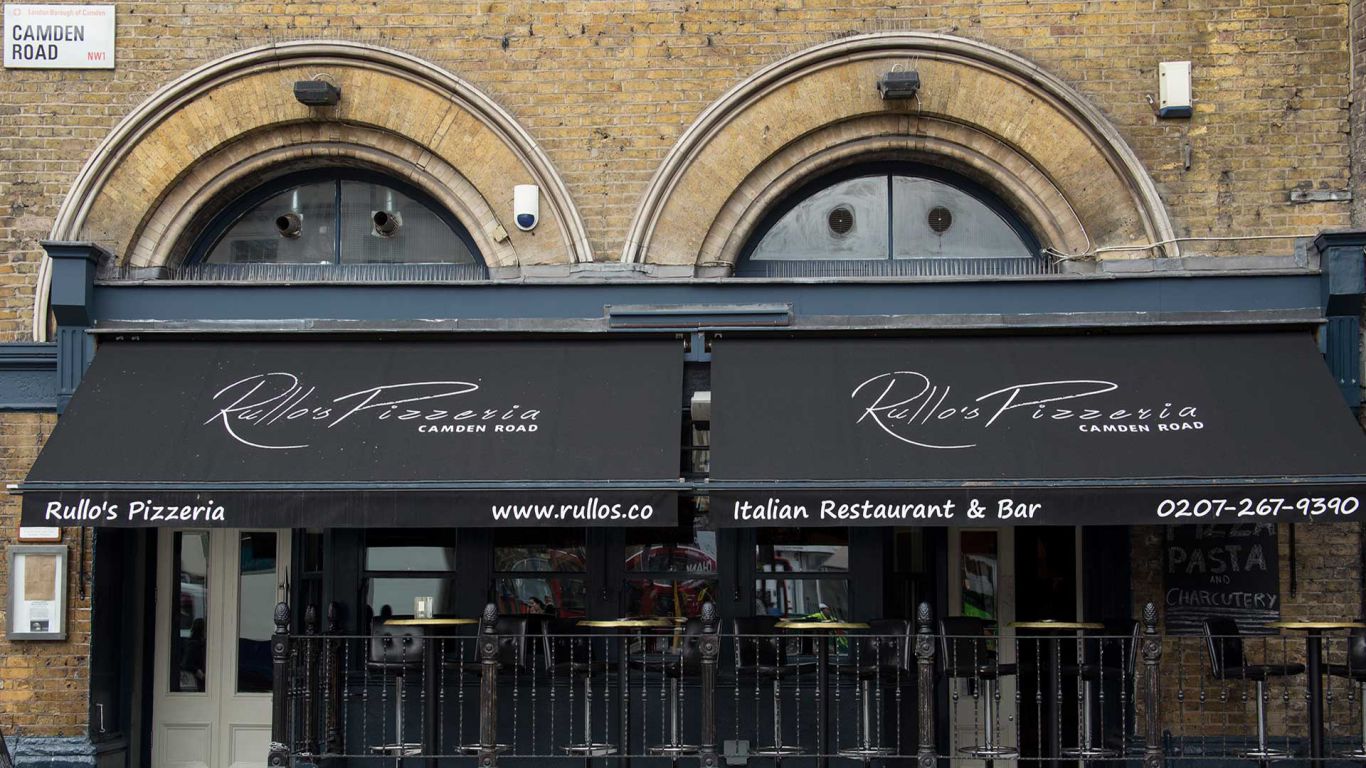 If you’re a local, you’ll know this Camden Road site’s a bit of a turkey: let’s face it, how many businesses have ‘had a go’ in the last five years?

But at least an established pizza chain such as Rullo’s has potentially more staying power, following on from the success of its other branch in Kensal Rise.

First thoughts? The under-the-arches space lends an instant atmosphere – although, on our lunchtime visit, it was still just about mild enough outside to eat on the terrace, with its views over unlovely corner bar the Grand Union – and the traffic lights.

There are deli boards, antipasti and an assortment of pastas, all of which we swerved for good ol’ wood-fired pizzas.

We enjoyed the widescreen spicy salame hit of the Infernale; better (and pricier) was the Rustica, which chucked bacon, mozzarella, crushed potatoes, porcini and truffle oil into the mix – although it was uncannily subtle on the tastebuds. At £12.95 it’s also at the upper end of acceptable for a pizza, at least for a midday meal.

In fact, where are, say, the daily specials (or smaller options) for £6-8, we wondered? Something to consider, Rullo’s, as a bill of £25 for two pizzas and tap water is steep for lunch if you live or work locally.

Especially as it’s a two minute walk to the far superior – and cheaper – Pizzeria Di Camden.