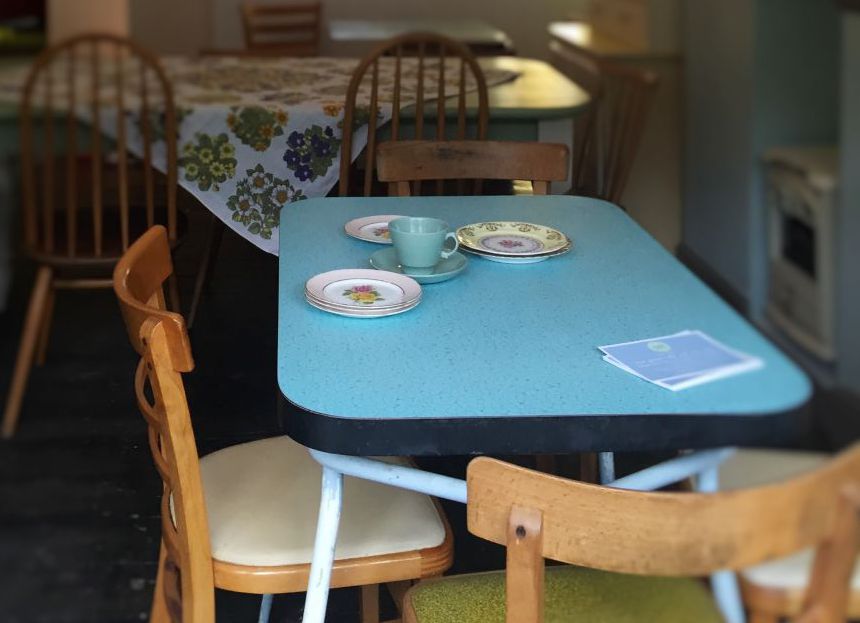 It really is about time, isn’t it? Yup, finally the former Thai Cafe on Fortess Road flings open its doors again on Saturday.

An offshoot of an established caff up in Forty Hall, Nice Green will offer Capital-roasted beans, tea blends by Primrose Hill’s Ripe Kitchen, meat from Barrett’s (on England’s Lane), organic sandwiches, tarts and salads. In addition, three or four hot daily specials will be chalked-up on a board.

But what sets it aside from the other myriad cafes on Fortess Road is owner Helen Tindale’s emphasis on ‘arts club’ – not to mention its triple function as laidback interiors store, too. “All the furniture customers can sit on is mid-century and it’s all for sale,” she says. “Then there are music rooms – we’re installing an upright piano – and, downstairs, a life drawing studio, yoga classes, cookery school, film shows and monthly pop-up suppers.” Oh, and it’s dog-friendly too.

Get a taste of what’s to come for yourself from 4pm Saturday (24th) at the launch party, with free platters of ‘world food’ and no doubt lashings of free fizz to wash it all down with.

Oh, and while you’re at it, you could make an afternoon of it and pop into Nice Green’s immediate neighbours, SK Vintage and Jessica De Lotz, too. Open daily from Sat 24th Sept at 53 Fortess Road NW5

Earlier this year the international contemporary design show designjunction announced its relocation to Granary Square in King’s Cross. All weekend there’ll be lighting and furniture stalls, a pop-up retail space for 70 brands, and lots of streetfood and rooftop cafes and bars. Read more about it on our sister title Gasholder here.

To coincide, top Tufnell Park interiors store Future & Found (who have their own stall in the West Canopy all weekend) are throwing a bash in their courtyard on Thurs 22nd Sept: expect beery fun from NW5 faves Clapton Craft, live tunes from Unlike Me, and giveaways. 225a Brecknock Road N19, Thurs 22nd 6-8pm, free. Tickets for designjunction (22th–Sun 25th Sept) here

Multiple trips to the Big Apple for husband and wife team Garrett and Emer FitzGerald provided the research for their “ultimate fried chicken sandwich”. Yes, you’ve probably heard that before, but stay with us – as these ones really are tops. Made with free-range birds, soft butter-toasted buns and topped with everything from Thai basil sauce to kimchi and chicken crackling, they’ve been selling out each Saturday on Broadway Market for, oooh, aeons. Now, they bring their wares to a hatch at 314 Camden Stables Market, just near Voodoo Ray’s. From Wed 21st September. More info here