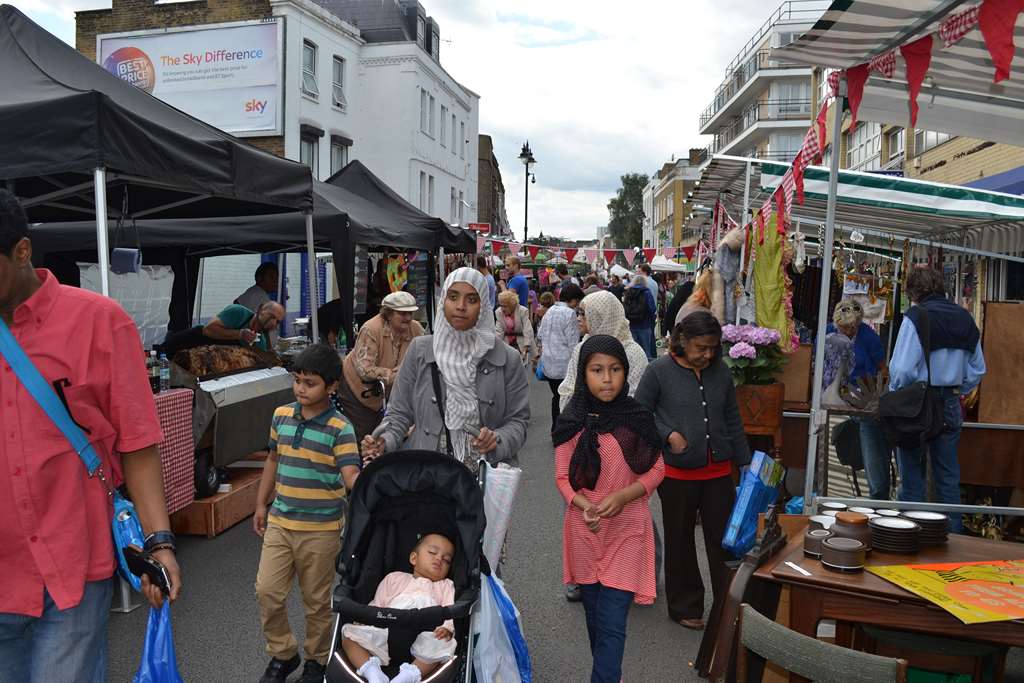 I‘ve lived next to Queen’s Crescent market since the salad days when stalls lined both side of the entire street. It’s a classic London thoroughfare, as diverse as it is useful. Or at least it was until this time last year.

Reclaim Queen’s Crescent is a group of us local residents and business people who have become increasingly worried about the direction the ancient street, and particularly the market itself, is taking under Camden’s lacklustre management.

Between November 2015 and January 2016, the council ran a public consultation about the regeneration of the Gospel Oak area . Regenerating the market was the most mentioned element.

A meeting this month was therefore an attempt to draw a line under past inaction and move forward with the ‘town team’ promised in January.

Some backstory? In the year since Camden took back the management of QC market, stall numbers have more than halved. Last Saturday, there were a pathetic eight. We estimate the loss of rental income at around £25k over the year: the Council did not reply to our request for an exact figure.

The “working group” set up after the meeting is due to report back in five months. We wish them all success and hope that is not too late.

More political readers may remember the anecdote about the MP speechifying about how packed the House was for his deathless words. The one-word reply to the person pointing out that the chamber was empty? “Hansard.” The briefing document given to the facilitators of last week’s meeting to discuss the future of QC market fulfills the same function: rewriting history in more positive terms.

It starts off reasonably enough by describing the area: “Gospel Oak ward includes the top two most deprived super output areas in Camden, which also fall amongst the 10% most deprived areas in England. Other social-economic data reveals an area of relatively high unemployment and worklessness, poor health and low skills levels compared to the rest of Camden.” If we were being picky, we could remind Camden that it has ditched a third of the borough’s workspaces in the last few years.

It then reveals that “Gospel Oak is set to undergo potentially transformational change over the next decade”. If locals are to benefit from this, the Community Investment Programme must be robustly funded.

It reminds us that “a 2015 Community consultation [identified] Queen’s Crescent revitalisation as the most popular regeneration priority”. Yup.

At this point, the document goes a bit off-piste, describing “an anecdotal increase in interest and visitors” between 2013 and 2015, when the Council was not running the market, and a “perception” that since then there has been “a decline in traders, visitors and vitality”.

“The Council and the community are concerned,” it says, “to ensure that the momentum of change is maintained and the gains are not lost, but built on and enhanced.”

We can do a lot better than anecdotes and perceptions: we’ve been logging the numbers and are happy to share them with the Council. There have been no gains to build on – the trajectory has been steadily downwards in the last year.

Apparently, an “invitation to the meeting has been widely circulated to local residents and businesses”. Locals who attended the previous meeting six months ago were not invited, despite this being promised at the time. (One of our little group commented that paying £1200 for this ‘consultation’ exercise was a little excessive: he’d have done it for £50 and a couple of pints – and have got more people there.)

The officers were “concerned that the meeting focuses on establishing a way forward and avoids re-iterating old grievances”. The “old grievances” must be those justifiable complaints that the officers and councillors have studiously ignored, but let’s, indeed, move forward.

The Council is keen to “mobilise a positive, forward-looking at constructive network of partners with a shared interest in the revitalisation of Queen’s Crescent Market”, which will exclude “operational issues such as parking, waste, fees, enforcement and other regulatory issues which are the remit of the Council as the Market Manager”.

Those are the “old grievances”, by the way. Sorry – we were supposed to be moving forward. The Council wants to “confirm the principle of collective responsibility for the success of the market”.

We sincerely hope that this is not advance warning that the “network of partners” will be blamed for lack of progress while the Council continues to dazzle us with anecdotes.

This is box title
Val Stevenson is a member of Reclaim Queen’s Crescent. She divides her time between being a book reviews editor and helping run a homelessness charity. Follow her @valstevenson