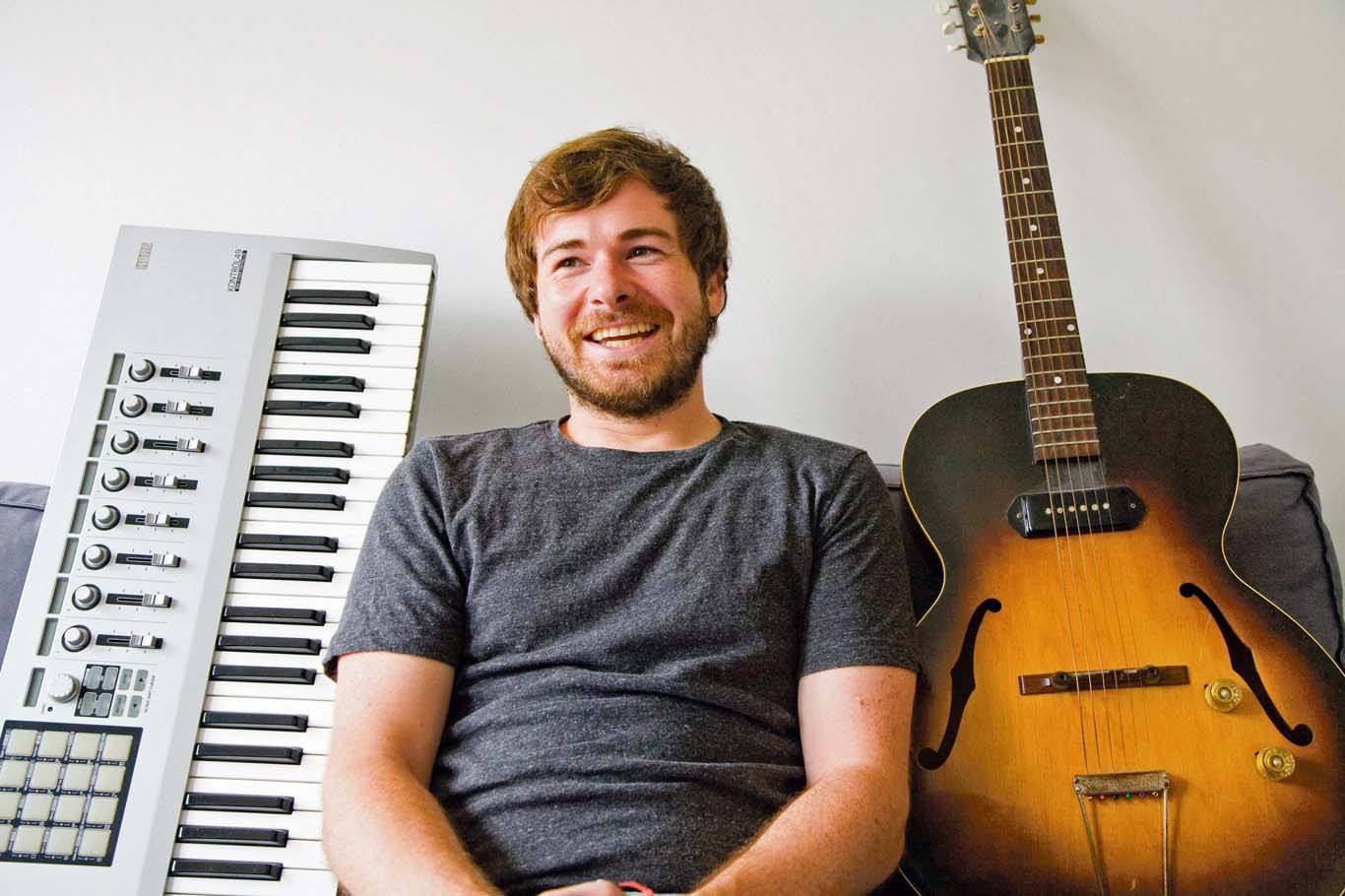 From young children to long-in-the-tooth adults, meet the local who can teach anyone (with a bit of passion) to play music


“When we met for this chat JP said he’ll teach me to play We Are Scientists’ Nobody Move, Nobody Get Hurt on the electric guitar, so I’ve slightly fallen in love with him. And as a songwriter, teacher and founder of London Music Factory, and proficient in five instruments, he’s something of a rock ‘n’ roll addition to Fortess Road.

When did you decide you wanted to be a musician?
I knew from about 14 years old. My parents got me into piano lessons at the age of ten: I hated them but they refused to let me give up. I insisted I played guitar too so learnt both – and by that time knew what I wanted to do. Also, my family are quite creative, so that was an influence. My dad played guitar, my uncle is the actor John Kavanagh and on my mum’s side was actor Jack MacGowran.

Are you in a band?
I was, back in 2008, and brought out an EP a year later, but more recently have been working with American rapper and singer-songwriter Logic. We have a political EP coming out this summer that I wrote in 2011 during the phone hacking scandal. I used to listen to him and went to see him at a gig and gave him my CD. He PM’d me on Twitter and said we should work together.

What led you to start teaching?
Honestly, I was tired of being skint. I’m a songwriter and I still want to make that my full time job one day, but owning and running a business does also open your eyes to what you need to do to raise your own profile, get noticed and market yourself. So it’s good learning.

Who do you teach?
From six-year-olds to people in their 50s. I hold one-on-one sessions in drums, bass piano, music theory, singing and guitar and also group lessons around London. It was just children and young people but now it’s all ages. At the moment we’re holding adult group beginner lessons in Kentish Town Community Centre. But I’m also in the process of getting my own permanent premises across London.

Which group is the easiest or hardest to teach?
If children don’t like playing the instrument then it’s like pulling teeth to get them to practice. They just won’t do it. Some parents take control and coax their kids through grades; others are a bit more relaxed. And yes, parents are different from borough to borough, but I’m not saying how. Adults can be quite outspoken and will often challenge the teaching, telling me that “their friend says to do it like this.”

What do people want to play?
The other day one of my young pupils asked me to tach him Prince’s Raspberry Beret. I loved that. Coldplay is popular, and a lot of female teenagers want to play Ed Sheeran. A lot of the adult men have the most fantastic guitars but don’t really know how to play them. I’ve recently taught one guy how to play really technical Guns N’ Roses solos for a gig he was playing. That’s all he wanted to learn; apparently it went really well.

Do a lot of adults continue with the lessons once they’ve started?
If after ten to twenty lessons the passion doesn’t come then it never will and you probably wouldn’t stick at it. The biggest hurdle is getting over chords and chord changes in the first few lessons. It is when learning chords people say their hands are too small. No one’s hands are too small.

Isn’t the practice more difficult the older you get?
The first few lessons are theory and you can see on their faces that you’re losing them. You really need to pull them through. The mistake a lot of people make is to do two hours of intense practice a week. All it needs is 15 minutes a day. It’s better to do a little more often.

So can I have a lesson if I provide the beer?
Yes.