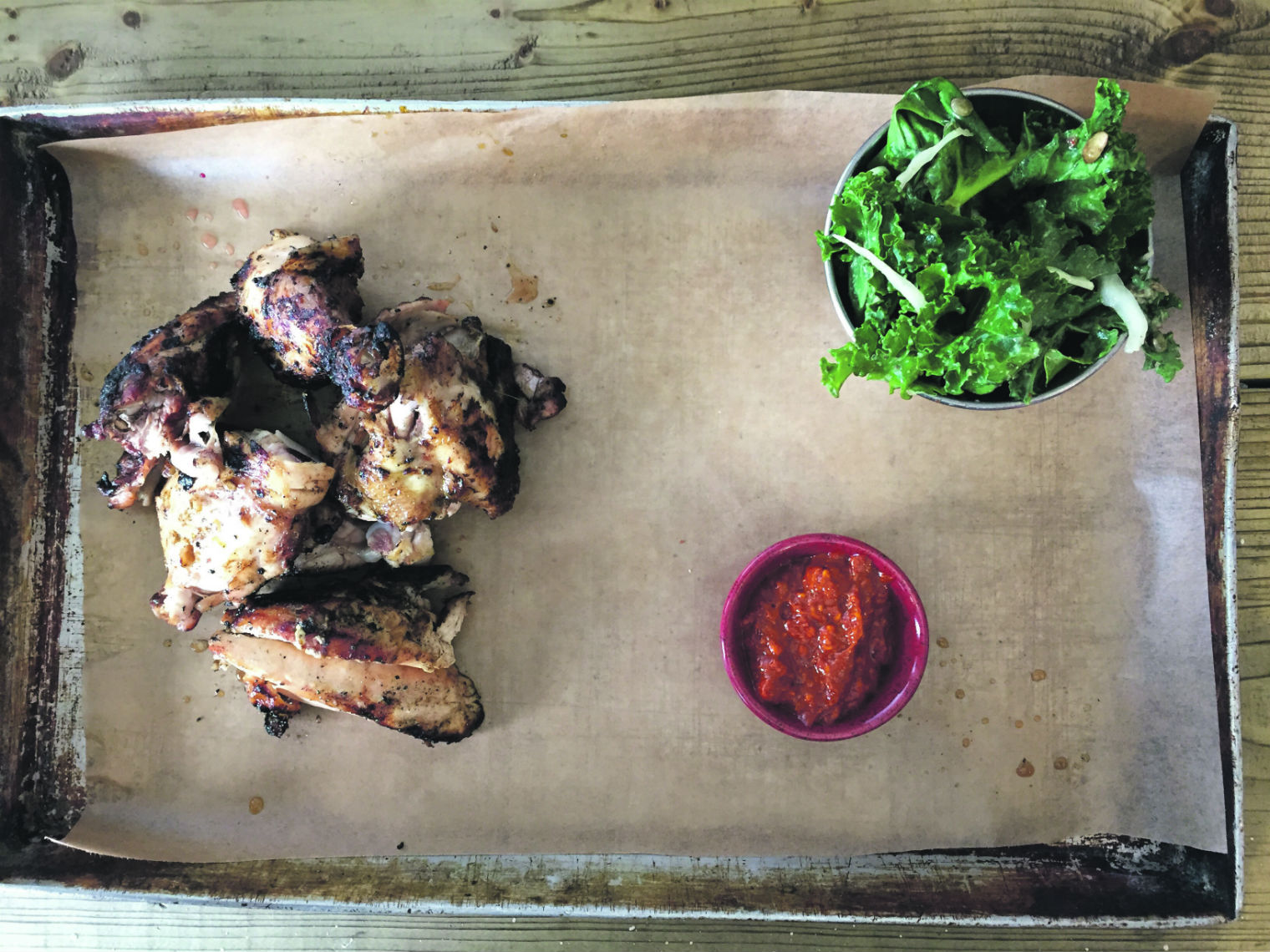 All around is the hum of dozens of voices and accents: this cosmopolitan reinvented bakery is as popular with locals and workers as it is visitors.

Colourful street art covers one wall, salvaged breadboards and reclaimed metal the other. A nest of lights dangle from the ceiling. Behind the counter a dozen bakers and chefs dance a choreographed hop: the kitchen is open, the smells intoxicating.

And a queue snakes out onto the pavement, the excitement palpable. The longer it gets, the more people join, attracted by the buzz.

Camden bakery is, it seems, an instant hit – as if it’s a revolutionary concept people have been waiting for all their life. It reminds me, in fact, of delis in Istanbul, Berlin, New York.

There’s bruschetta, silverside, sirloin and burgers; a salad bar with on-trend kale, quinoa, beetroot. There are courgette fritters, pork cheeks – and brownies, biscuits and cakes piled high on the counter

Half a chicken comes marinated with herbs, served attractively on a tray: the meat blackened yet tender, the kale almost raw. Goodtime vibes will be further massaged further by the fact that the place is BYO too – so to drink booze with your meal works out as cheap as it is at home.
This is box title
Camden Bakery, Sandwiches from £4, Mains from £8, 94 Camden High St NW1, open daily till 10pm