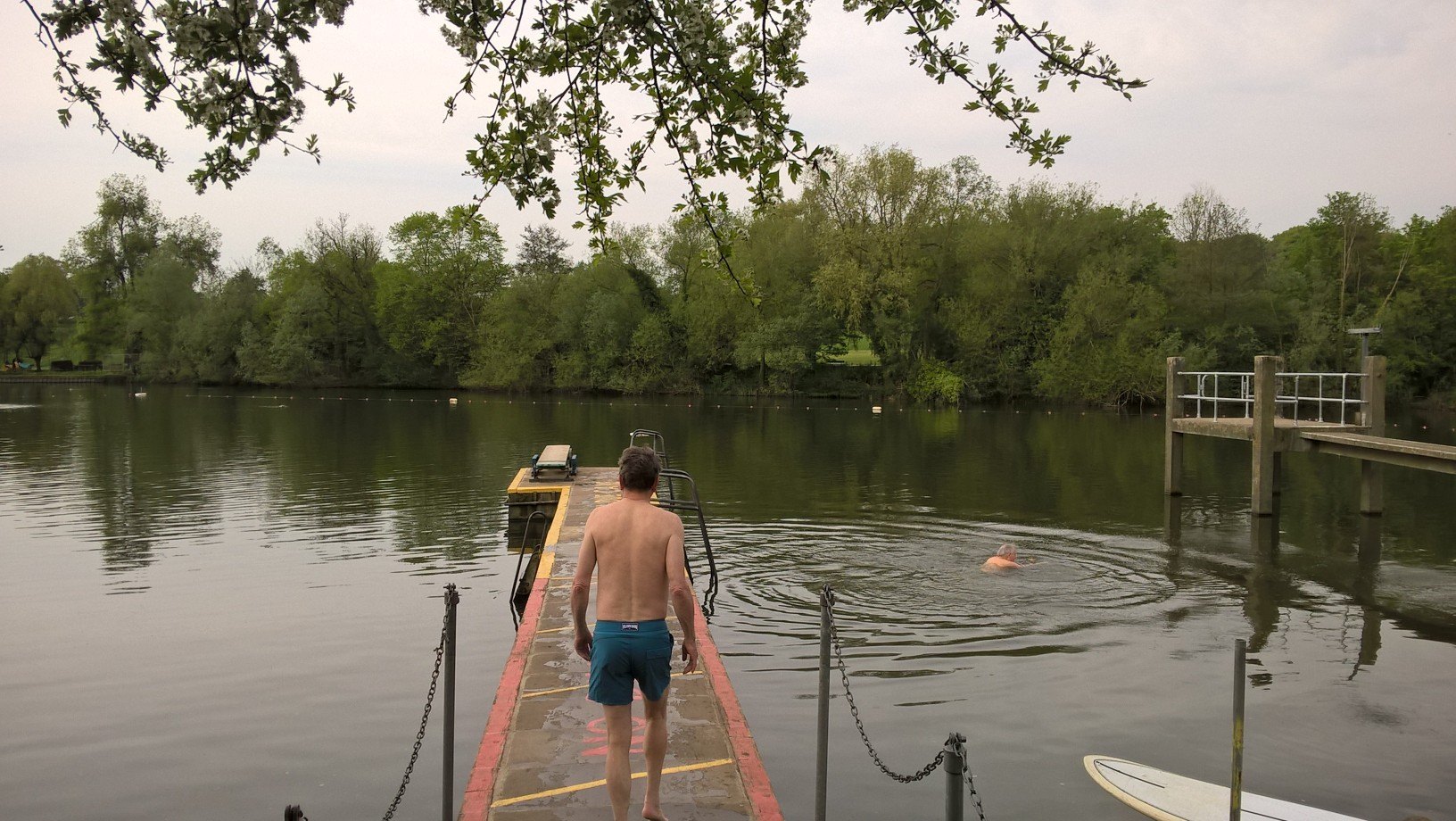 There are no special lanes, areas, no wi-fi hotspots, creature-comforts or VIP areas for the haves to lord it over the have-nots

When the temperature in the Highgate Ponds strikes 12 degrees, the ropes that enclose the swimming area move back – and once again a glorious expanse of fresh water opens up for all to enjoy.

The Heath is ours – common land owned by all, its status enshrined in an 1871 Act of Parliament. The three Highgate ponds and Parliament Hill were added in 1889 to protect it from development.

But just as importantly, the Highgate Ponds are a unique part of London life: whether you go on a winter morning or summer evening, they’re one of the few places in the city with virtually no rules, no artificial barriers; nothing to separate us from the raw elements of nature.

For the men’s pond, the only instruction in the changing area is that “Costumes must be worn at all times” – and even that’s just in one half, as there’s another area (which has weathered its own controversies) for those who simply must get that all over tan, darling. The sign – of course – gets cheerfully vandalised every year with words like ‘Flamenco’ or ‘Sequinned’ scratched above it.

The Highgate ponds, the one place where London’s concreted-over river Fleet can come up for air, are a natural treasure, London’s coast, welcoming us from dawn till dusk. Off the Heath, we’re defined by how we dress, where we work, eat, rest and play – on it, and most fundamentally swimming in the pond, everyone’s equal. There are no special lanes, areas, no wi-fi hotspots, creature-comforts or VIP areas for the haves to lord it over the have-nots.

The men’s pond greets all-comers, from every tribe, rich and poor, young and old, straight and gay, and the small community of all-season swimmers represents a snapshot of north London – albeit the slightly eccentric variety who start their morning with a freezing plunge before heading off down the hill towards the smog.

William Blake, in his Jerusalem writings sometime between 1804 and 1820, wrote:

Pancras and Kentish Town repose
Among her golden pillars high,
Among her golden arches which
Shine upon the starry sky.
The Jew’s-harp House and the Green Man,
The Ponds where boys to bathe delight,
The fields of cows by William’s farm,
Shine in Jerusalem’s pleasant sight.

Too highfalutin? Here’s a more prosaic quote from Frank Bruno, in his 1996 autobiography ‘From Zero to Hero’, recalling his legendary Camden trainer George Francis’s unique methods: ‘He toughened my training routine, taking me on exhausting runs across Hampstead Heath which ended with brisk swims in the icy waters of Highgate Pond.’

So there you have it. From Blake to Bruno, poet to pugilist, where else in London has inspired both body and mind for nearly 200 years and is still more or less exactly the same as it was as when first founded? The 10m diving platform was removed from the men’s pond in 1982, but soaring off the spring board is still as popular as it was in 1895, when it hosted the country’s first National Graceful Diving Competition (as the first diving stage in England).

Swimming in the ponds is taking a dip into London’s history, its life-blood. Having just moved east with my young family, I still cycle from Leytonstone to the men’s pond every Monday morning, the only day I’m able to go. And – just for posterity – I take a picture of the same scene every Monday, like the shot above.