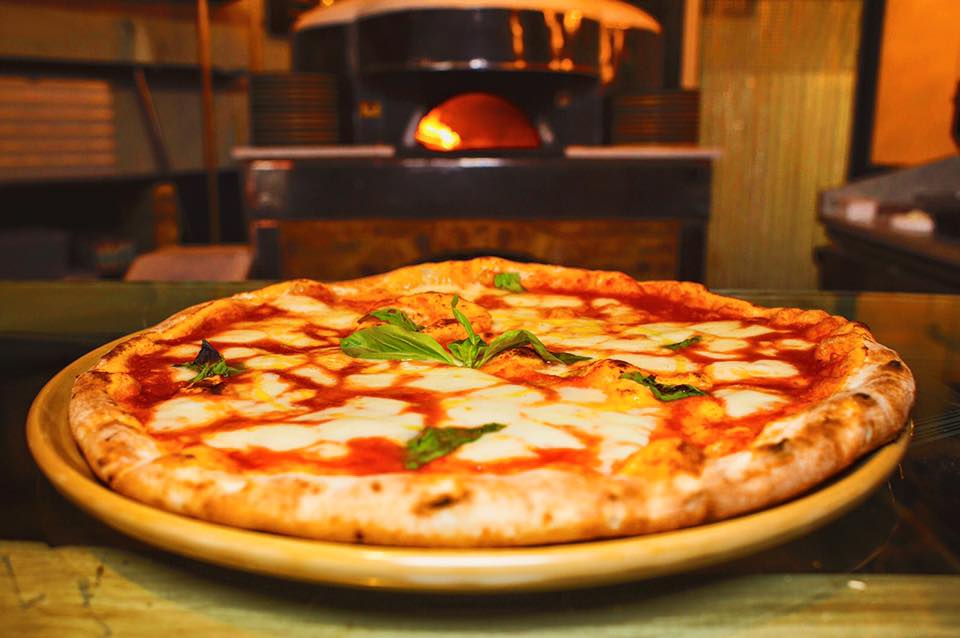 N7’s cult brewery has made huge strides in just a couple of years, and is now widely available in the choicest places in north, east and central London (our tip here is the nearby Rose & Crown). Based on the Roman Way industrial estate (off the Cally Road), they don’t regularly open their tap room either, which makes this Saturday’s bash extra special. As well as a new limited edition beer, the N7.7 (brewed in honour of where else, their glorious postcode and signature brew, the N7), will be a limited edition Imperial IPA brewed with 7 different hops at a whopping 7.7% ABV. Also expect a live band, DJs and Peruvian Street food from Mama Ima to soak it all up. Reckon you’ll need it. Sat 18th June, 1pm – 1130pm. Unit 8 & 9 Roman Way Industrial Estate, 149 Roman Way N7

A wood-fired pizza restaurant and bar has taken over the apparently (and inexplicably) doomed corner site in Camden Road that was, until recently, the Mango Shack (and before that the rather good Meribel Brasserie). With a branch already popular over in Kensal Rise, we reckon this newcomer might actually stick; and the interior lends itself to pizza parlour with its casual but quirky layout. A terrace overlooks traffic-clogged Camden Road if you really want to keep it real. Info here 47-49 Camden Road NW1

This more accessible approach to art (well, it’s all comparative) aims to flog pieces from £100 (to £5K max) to both first time buyers and serious collectors alike. But really it’s an excuse for a pleasant weekend wander up to Hampstead Heath, a snoop round the quirky aisles, and a crisp G’n’T in the covered bar. This year expect the capital’s “best emerging artists”, with work from students and graduates from art colleges alike. Thurs 16th to Sun 19th June, 11am-6pm. Info here. East Heath Car Park

Like your art a little more earthy? A new urban space opens today bang in the heart of Camden Market. An outpost from the more established Notting Hill-based London Westbank Gallery, the revamped arches will be the new home to an impressive collection of works both by seminal street artist Banksy (read our feature on him here) and artists such as Mr Brainwash, Ben Allen, Carne Griffiths, Rugman, Schoony and Zeus. Open daily. Units 714-719, Camden Market, Chalk Farm Road, NW1

Still in NW1 (isn’t there a lot going on down there at the moment?), this hit pop-up returns to Camden Market again every weekend over the early summer. The Middle Yard is set to be transformed into an outdoor 1920s-inspired playground with international DJs, guest street food traders and alfresco cocktail bars. Drinks are served by flat-capped baker boys and pearl-strung flapper girls. This weekend is a biggie: Norman Jay takes to the decks on Saturday night. Every Fri and Sat until 7 August, 6pm – midnight. Tickets from £5 here.