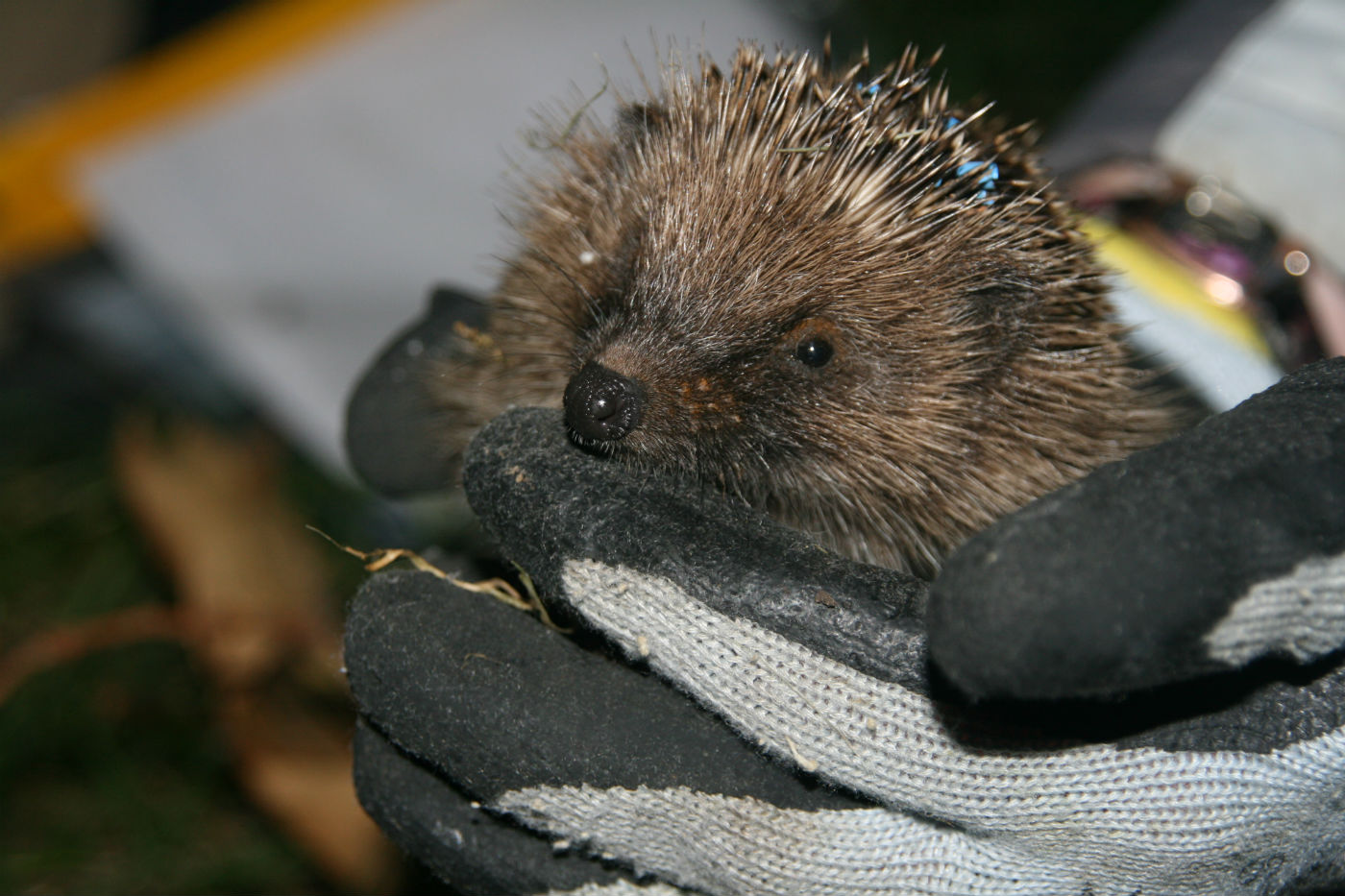 The secret hedgehogs of Regent’s Park

They might be in terminal decline, but did you know a few dozen live harmoniously in a posh part of NW1?

In the canon of “Why did the such-and-such cross the road?” jokes, the hedgehog has the grisly punchline “to meet his flatmate.”

But the answer could just as easily (although more surreally) be “to get to Cecil Sharp House” for the forty or fifty hedgehogs that call Regent’s Park home—the only hedgehogs in a central London Royal Park, and perhaps the only ones in the whole of central London.

The beloved inspiration for Beatrix Potter’s enduring washerwoman Mrs Tiggy-Winkle, hedgehogs are charmingly otherworldly with their spiny exterior and ability to curl up into a ball, but also disarmingly adorable. And for gardeners, their appetite for slugs and snails makes them a welcome visitor to any plot.

But these animals are in perilous decline in the UK—numbers have plummeted from 36 million in the 1950s to around one million today. The disappearance is so rapid that people fear for their continued existence in the UK, and many people have never even seen a hedgehog. Have you?

The chances are not likely, not in these parts, unless you’ve been hanging around outside Regent’s Park late at night and one of the 50 or so that live there has happened to amble out of the park on their nocturnal wanderings. Although the other Royal Parks of central London—St James’s, Green, and Hyde Parks, and Kensington Gardens—had hedgehogs up until the 1970s, more recent surveys have found none. And Regent’s Park was until recently assumed to be similarly devoid of hedgehogs.

Clare Bowen of the Royal Parks press office, who enthusiastically told me she could talk all day about hedgehogs, explained how their prickly residents came to be discovered. “People remembered having seen them some years ago, around 2000, but very few people recalled having seen them more recently.”

Then, a couple of years ago, research done in conjunction with the Zoological Society of London and scientists Nigel Reeve and John Gurnell with 100 volunteers, found that there was a small population hiding out in the park. “There had been anecdotal reports but we really didn’t know what to expect when we began the survey,” Bowen said. “In 2014 we estimated a population of around 50 animals which is small, and the numbers were lower last year—there are natural fluctuation in populations, but there were also a number of road deaths.”

The hedgehogs concentrate in hotspots within the park that offer the best mosaic of dense undergrowth for bedding down in the day and open areas for night time foraging, making these areas particularly valuable for the survival of this small population. Ironically, for an animal whose mortal enemy is the car, the zoo parking lot is one of those hotspots. “They do tend to get run over sadly,” says Bowen, “despite it being really quite a quiet park. So any drivers going through the park from dusk to dawn should keep a really close eye for little brown blobs on the road.” The hedgehogs will come under more pressure soon when part of the zoo carpark is given over to vehicles involved in HS2 construction, increasing traffic around the park in times when hedgehogs are active.

Hedgehogs were probably once as common in London as hackney cabs and peasoupers. All they need is some continuous green space and a few quiet hours in the night to get out and snaffle some slugs and a bit of undisturbed undergrowth in the day where they can sleep off the hours of most human activity. But in London, green spaces have been pushed to a premium, divided by impenetrable fences and property boundaries and surrounded by roads that rumble with traffic throughout the night. Parks and gardens that remain are increasingly manicured, preened, and managed to be durable and withstand intense human use.

A few stories have done the rounds about the hedgehogs of Regent’s Park having been brought in from outside London by well-meaning but misguided animal lovers, but recent genetic studies show that the population is native to the park, isolated, and potentially inbred. Their nearest neighbours are likely up on Hampstead Heath, and while a hedgehog might roam up to 1.5 km on a night’s slug-hunting rounds, the busy roads, garden fences, property boundaries, canal, and train tracks would prevent even the most adventurous Regent’s Park hedgehog from making it to her cousins on Hampstead Heath. Bringing in other hedgehogs from outside could introduce diseases that might be devastating for this isolated population.

Anyone wanting to do their bit to help hedgehogs can emulate what the park managers are doing, by making sure boundaries have gaps to allow free movement, and leave areas of undisturbed undergrowth for hedgehogs that do leave the park. For day-to-day use of the park, keep your dogs in check, not only to give the hedgehogs space but to protect your pooch’s nose, don’t litter, and if you do see a hedgehog, let it be.

You might never see the hedgehogs, but do cherish the knowledge that these tenacious critters are there, clinging on, and bucking the city-wide and national decline.