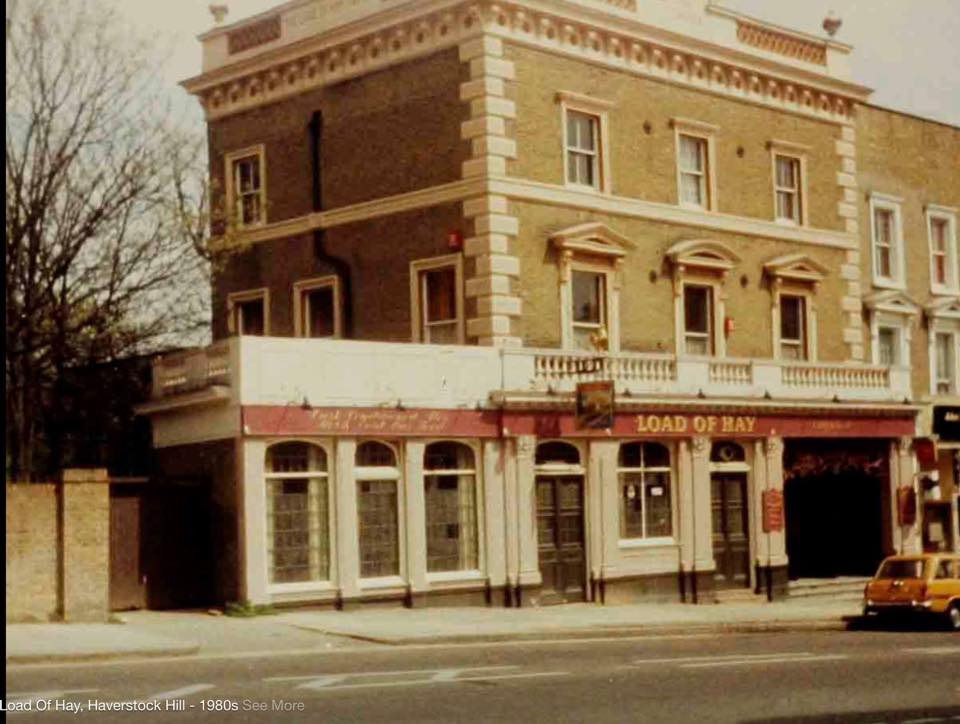 It’s always good to hear that a pub is reverting to its original name; and so we were pleased that often eerily quiet ‘Steeles Village’ brasserie The Hill is being relaunched as The Load of Hay Tavern.

While the (rather handsome) current building dates back to 1864, few readers will know that the name was established by 1721 (and that prior to that it was called the Cart and Horses); or that it once boasted a tea-garden, and was a standard stop for coaches travelling up and down the hill to Hampstead.

It also had a decade or so in the mid-1960s where it was known as Noble Art, in honour of the Belsize boxing club. Its reign as The Hill lasted just over a decade, too, in fact (after a period in the 1990s when it was squatted and known for its all-night parties).

So who’s behind this latest revamp? “We’re part of an independent group called Gresham Collective,” says general manager Jono Gregorius, whose CV includes stints with Geronimo (of Lion & Unicorn fame) and The Gun. Their other bars in central London are the Pride of Paddington, and the Cork and Bottle in Leicester Square.

The reason for the return to The Load Of Hay is simply that the owners wanted to rebrand. “We spoke to locals and conservationists who were very keen on going with its original name,” he says. “It’s also still written on the top of the building; and Hay Mews is the pathway running alongside.”

The interior will, it seems, be dramatically refurbed. “There’ll be communal seating which is what it lacked before: booths, large tables and benches. Other major changes are the bathrooms which have been moved downstairs, and the kitchen upstairs. The microbrewery will also be situated in the basement too. There was a lot of extra, unused space so we thought it best to use it.”

Drinks will be crafty, of course. “As we have no ties to anyone we’ll be doing a rotating beer offer in draught, bottle and cans,” says Gregorius. Non-hop lovers, meanwhile, can take refuge in both a “classic and seasonal” cocktail and wine list influenced by the Cork and Bottle.

And soak it all up? Why, the menu will focus on “contemporary fresh food”, with all manner of weekend brunch, bar snacks and sharing plates.

Worth a roll about in, for sure.

The Load Of Hay Tavern will open ‘softly’ at 94 Haverstock Hill NW3 on the 13th May, with the main launch towards the end of the month.