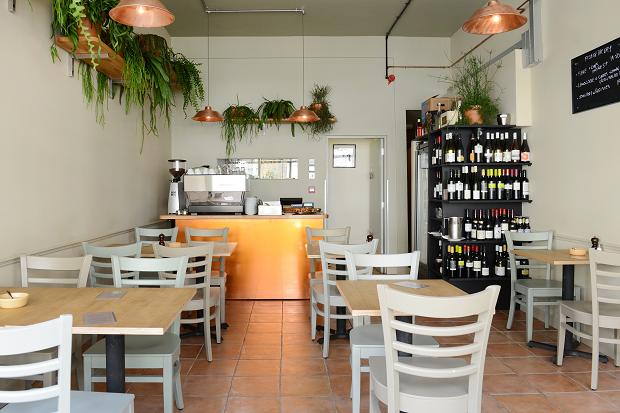 Now this one has taken us by surprise. Shoe Shop – so named after its former life as footwear retail outlet – is closing at the end of this month. February 27th to be precise (when, as they say on their website, they’ll be “gone for good”.)

And it’s not even particularly sinister, either (although the aforementioned phrase does sound rather dramatic). Australian chef-owner Paul Merrony, who ran the acclaimed Giaconda Dining Rooms on Denmark Street for many years, is simply moving to the country with his wife. Fair enough.

Over the last eighteen months what have we enjoyed in its pared-back surrounds? Silky chicken liver parfait, buttery baked mushrooms, leg of lamb steak capped with honey-sweet roast tomatoes – and, best of all, a juicy pink rib-eye smothered with a creamy shallot and green peppercorn sauce. You couldn’t fault the wine list, either.

But skills of a talented chef aside, did other factors perhaps affect its trade? The opening hours were sometimes difficult to fathom, with a limited lunch and dinner service – we got caught out on at least one occasion – and last year saw the arrival nearby of the very popular ‘cave à manger’ Patron. Good-value new openings like Beef & Brew and a new ex-Vinoteca head chef at The Junction may not have helped its cause, either.

Anyway, whatever the reason for the couple’s departure, it’s a loss to NW5’s dining scene; but at least the site is remaining a restaurant – so watch this space for more info.

This is box title
Shoe Shop closes on February 27th so you have one week to visit if you’ve never been. More details on their website

Are you taking over Shoe Shop? Get in touch: info@kentishtowner.co.uk