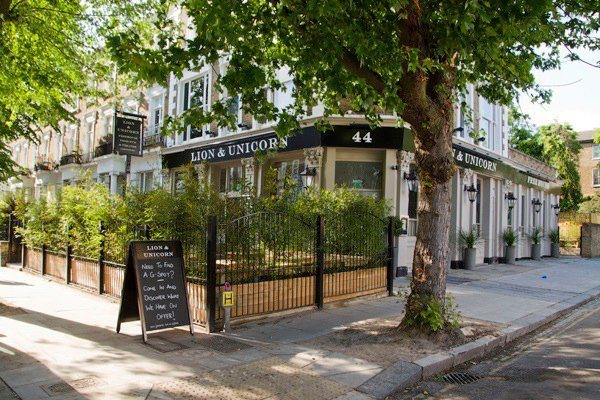 I have just taken over the Lion and Unicorn theatre in Kentish Town: it’s a low-key opening, giving me time to think what a fringe theatre of the future should look like.

The pub has changed a lot since the theatre started. It is now a smart gastro place with squid on the menu catering to media types, but the sixty-seat well-worn black box studio above it hasn’t changed much since David Jubb first ran his Scratch work there.

My press agent tells me the nationals don’t cover the fringe any more, and that I have to theme my programming to get noticed. The brewery want me to do 8pm starts to fit in with their pre-dining squid schedule.

The London Theatre report tells me that the average ticket price my audience pays of £9.16 hasn’t changed since 2011, and that similar fringe venues in the capital can only afford to run with 1.5 staff.

The response of first time producers to want to show work in my venue has been great, the applications for cheap slots for August’s Camden Fringe are coming in thick and fast, but do we want to programme by just stacking up five shows a day, without helping them consider the quality and reach of their work?

Most potential producers approaching us now from the cohort of MA courses seem to have lost ambition, happy to do a week with us and then try for Edinburgh before off on their next show: there’s no long term planning, no audience development consideration, no real learning. Maybe that’s about just chasing the next Arts Council funding pot.

So what should we expect of the fringe of the future, when our venues are not sexy enough to attract good producers, and we don’t have the capacity to deliver pop-up projects for them to try out their riskier ideas or even the man power to work together to help them with funding bids?

I suspect venues such as ours are going to have attract more experienced in-house creative producers who can work between fringe and middle-scale venues to help us broker and share resources, audience plans and budgets between us.

We need to be cleverer as fringe venues to work and plan with the bigger venues, and not just ourselves. To survive we must support the producers’ journey in the fringe to the middle scale through a jointly supported talent development programme in order to get more audience-focused work of quality.

The good news? At the Lion and Unicorn I already have my 8pm shows for just a tenner in place, and I’m already looking for creative producers who like squid. It is going to be an interesting ride.

This is box title
The Lion and Unicorn (Gaisford Street NW5) is showing the family-friendly King Canute until Saturday, and Mirando, about a gay man who reclaims The Tempest, from 23rd Feb to 5th March. Tickets and more info about upcoming shows here

Chris Mellor is a former Senior Arts Officer with LB Camden and Creative Producer at the Broadway Barking.