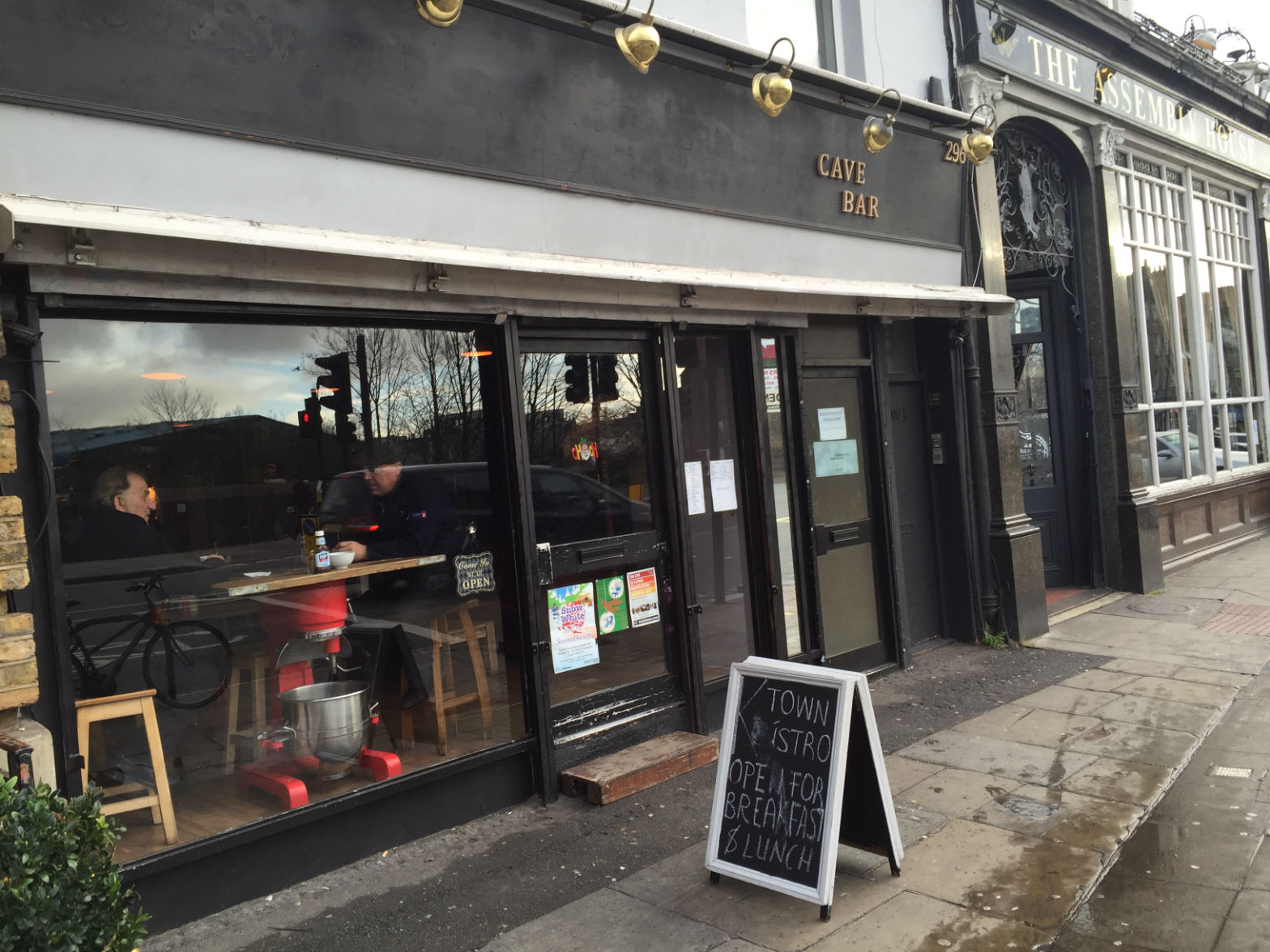 So, has anyone been through the doors of the replacement for the much-missed Somewhere Over Knowhere and its subterranean parent bar Knowhere Special?

The brainwave of young couple Ash Clarke and Helen Gay, both experienced in the hospitality industry, the former two-floored venue opened a couple of years ago and wowed the neighbourhood (not to mention Londoners generally) with imaginative cocktail pairings, shabby-chic interiors, decent espresso, quality home-made food and general all-round vision.

And then, unexpectedly, the pair were uncompromisingly forced out in the autumn by the landlord, due to a proposed quadrupling in rent.

He then took over the running of the venue himself, maintaining a similar interior, and renaming it, er, KTown Bistro. It’s been open for a couple of months now, but so far it always seems pretty empty when we pass, save for a man and his mate sitting in the window.

A glance at the menu and we’re firmly back in Mamma Mia territory, the caff that was there for aeons until it made way for Somewhere.

Which would be fine, if it had never changed in the first place, and if you’re after an omelette or basic pasta; but quite underwhelming after the innovative bakery, coffee shop, all-day diner and evening hangout that existed until recently.

Strictly on a dryanuary, we’ve not ventured to the bar downstairs, now renamed Cave, but social media users have commented – not entirely positively – that it’s more than a little ‘inspired’ by its predecessor.

So will it work? Time will tell. If you have an opinion on either the Cave or the KTown Bistro, do let us know any feedback below.

Meanwhile you can still sample Ash and Helen’s cocktail-making skills regularly at the Thursday night monthly soirees at the inimitable Flaxon Ptootch.

This is box title
The KTown Bistro is at 296 Kentish Town Road. Follow Knowhere Special on @knowherespecial to keep up with what they’re up to, and @flaxonptootch for details of their next launch.