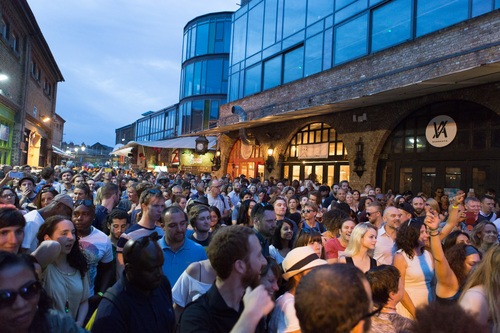 How do you reinvigorate Camden Town’s peerless musical heritage for the digital age? We speak to Sammy Jacob, the man who might just have the answer

With little fanfare, autumn saw the launch of a brand new music service. In today’s age of instant streaming to mobile device, wifi-enabled home speakers or TuneIn on games consoles, it would be churlish to simply call it a radio station.

Camden Xperience, or CDNX to give it the tweet-friendly abbreviation, is available via all those platforms, the cdnx.co.uk website and also on DAB across the borough. But it’s a crowded old space, the industry formerly known as Radio, so what sets this one apart from the four million-odd broadcasters and podcasters competing for our attention on today’s digital dial?

Well, it’s the latest project from Sammy Jacob, the guy who founded alt indie champion Xfm and later the short-lived but respected NME Radio, too. And though CDNX’s beginnings are in some ways as humble as his early pirate days at Q102 (the illegal forerunner to legit Xfm), the ambition – and the potential – is big.

“When I started Xfm it was strategically based in Camden,” says Sammy, perched 23-years later on a desk in his small, temporary studio next to Camden Market Hall.

“The location reflected what we were going to do. You didn’t have to be a rocket scientist to work out we wanted to be an indie alternative rock station. We broadcast from Charlotte Street and our transmitter was stuck on the junction of York Way and Camden Road.”

After the “slightly mad, naïve, but beautiful” years building the fledgling station into a respected, edgier London alternative to poptastic Radio 1, launching the careers of a generation of presenters, (including giving his friend Ricky Gervais his first big break), Sammy departed when it was sold to Capital Radio and a more mainstream music policy adopted.

Across a series of launches in the years since, he’s never compromised his musical integrity.

“When I heard that the people behind Camden Market had an idea for a radio service as part of the plan for reinvigorating the area we had a quick chat,” he says, “and it all just fell into place. For me, there’s a real honesty about coming back to where it all started, to have created a format, seen it all gone corporate, and then return full circle back to the roots.”

There’s a genuine excitement in the way Sammy waxes on about everything taking shape here. It hints towards how far he believes this project can go, despite the fact that the world of radio has become a much more challenging landscape to be negotiated that it was.

“As well as two 24-hour channels of music, the CDNX website includes daily music-related news and new track previews, plus there’s a live events department,” he tells us.

“New and emerging artists, the ones that we think are truly outstanding, we’ll write about, playlist, then invite them to do a live gig locally. Our focus is fundamentally to support these new guys, but you will also hear an appreciation of the past with The Smiths, The Doors and others played too.”

The initial series of live events have already started, taking place at local circuit stalwarts like Dingwalls and The Monarch, and the plan is to grow in scale, up to the size of The Forum and Koko, with all events promoted in-house.

In the Xfm years Jacob broadcast exclusive live gigs from the likes of Suede and Radiohead and pulled 30,000 people to see bands play Finsbury Park. The model is essentially the same, but this time he’s bringing all that previous experience, plus the realities of global digital tech to the party.

“Right now, we’re just getting the technology to do what it’s supposed to do,” he says, looking suddenly rather shattered after many long hours tweaking the inevitable early glitches.

“But being here in Camden, with live being such a big part of what we do, if we successfully tap into all the resources around us we can become a platform for taking this music to the world. Obviously our focus is much wider than just NW1. We’ll be exposing good new music wherever it comes from, but being based here – with all the heritage and infrastructure – gives an amazing opportunity to do exactly that.”

It’s early days, but there is clearly enough of the vital belief and support for the CDNX project from the powers-that-be to give it enough time to grow, then flourish. And Sammy’s enthusiasm and hunger is back up to his 1990’s levels. “When you think of the potential from bolting together the creative things that are going on just inside the Market, let alone elsewhere, it’s fantastically exciting,” he gushes.

Later this year, the current diminutive CDNX operation expands into the new Interchange Atrium co-working space, where the focus will be on bringing more live performances into a showcase studio atop Stables Market.

“That will be great, of course, but in a way I’d love to stay here in this little room,” grins Sammy, “The stage at Dingwalls is quite literally beneath us. When they soundcheck, you bloody know about it.”

CDNX looks perfectly placed to offer something genuine different in the cluttered world of radio – or rather, multi-platform digital music services. Born and bred in Camden, but ready for the world.

“I’ve loved it since my jazz funk days in the early 90s, when the likes of Giles Peterson ran his mobbed Sunday afternoon sessions.”

“In the 80s it was the place to be, then known as the Music Machine, later Camden Palace, of course. It was the playground of my youth.”

“Back when I was working as a roadie and sound engineer for indie bands, we’d inevitably end up doing a gig here. My first impression was that it was a dump, but it was – and still is – great.”

“Loved it in my Britpop years. These venues are like the diary of my musical life, in fact. It’s testament to Camden’s untouchable heritage that they are all still going strong today.”

Listen to two channels of Camden Xperience radio plus news and music about new artists and forthcoming events at cdnx.co.uk 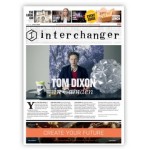 This article was first published in issue #1 of Interchanger, the quarterly magazine for Camden’s new co-working community.
* Find out more about flexible workspace here
* Read the online version of the mag here