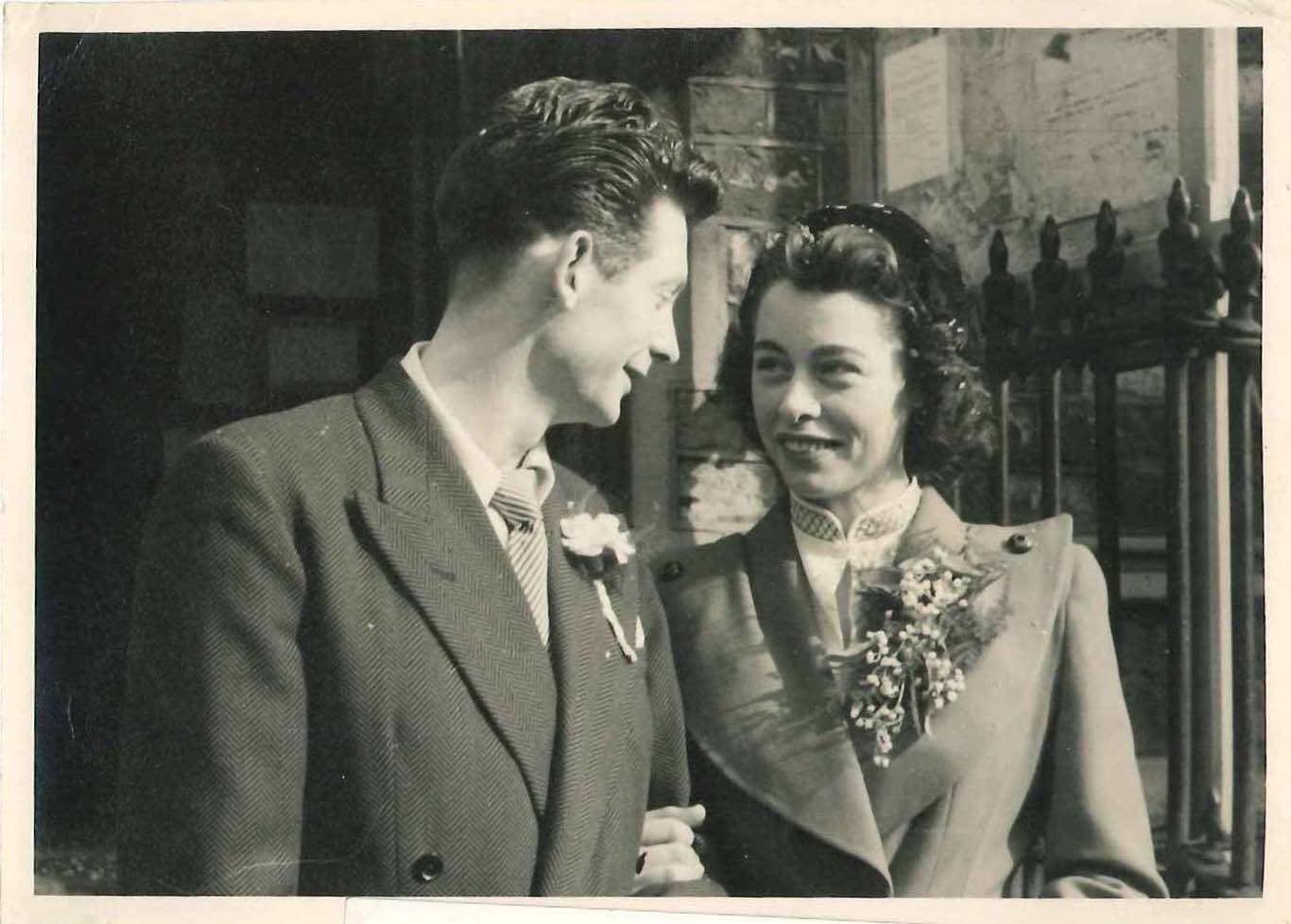 My maternal grandad, who died last year, was born and raised in Kentish Town. He and my nan spent their early married lives living here.

Out of my grandad’s roots in the place he grew up has grown our family tree: it has informed our entire way of life, culture, morals and priorities as a family.

The house Grandad grew up in on Malden Road was demolished years ago, like so much social housing has and continues to be, making way for new buildings that will redefine the city’s make-up in the future. But when you tear down structures and build new ones, what happens to the memories that were made there?

Newlyweds Sam and Rose Organ moved into the two rooms on the first floor of 138 Malden Road (now a basketball court) in 1953, kipping above Sam’s parents who, coincidentally and confusingly, happened to be called Sam and Rose Organ, too. Thus ensued five years of mistaken name-calling and a happy, sociable life in Kentish Town.

Rose remembers the area as “real working class, with so many families, so many children”. Many of the places that helped to shape their life in the community are still solidly part of the landscape today. Queen’s Crescent Market, one of London’s oldest, was visited by Rose every Wednesday and Saturday (it’s now open Thursday and Saturday), along with shops that included the first ever branch of Sainsbury’s.

Intead of grabbing blocks of refrigerated pre-packed butter, she remembers a girl whacking off rations on a slate with two wooden sticks, weighing it out and then slicing bits off until it made your 2oz a week, and then wrapping in greaseproof paper. Sam, for his part, was given the job of going down the market asking for any “specs” (bruised fruit) for a couple of pennies.

The street market still stands today in proud contrast to the commercial gaudiness of the more popular Camden Market. Many of the stalls are still in family hands and do not attract the tourists who come to buy a cheap slice of Camden culture.

Back in the day, K-Town boasted eight cinemas, all with a character of their own, from the flea-infested Court cinema to the ABC Forum, where my grandparents spent many happy evenings. “We sometimes went to the cinema two or three times a week; we always, always had to queue (remember queueing for the cinema?),” says Rose. “Then buskers came along to entertain the waiting hordes, usually a few different lots, singing, tap dancing, magic tricks – always a laugh. Then they came around with the hat to collect whatever, depending on how good they were.”

Ever gone to see a band play at The Fiddler’s Elbow? Rose remembers many an evening at the old public house when it was called the Old Mother Shipton.

But most weekends were dedicated to dancing. In “town hall-type places”, couples – or hopeful singletons – would flock to take a spin around the venue to the sounds of the live band under the glittering globe. As the nights progressed and the drinks tolled up, the Irish would take to the floor for a show of Irish dancing to the crowd’s delight and appreciation. The last dance was always the same song, Who’s Taking You Home Tonight? by Vera Lynn.

Things have changed in the area, but the spirit of these bygone times has helped shape the lingering nature of life in Kentish Town. It’s a shame that progressiveness and nostalgia are often pitted against each other. Regeneration in essence is a good thing, but it shouldn’t occur at the expense of memories and respect for the past.

Andrea Luka Zimmerman’s film Estate, a Reverie, which documents the seven-year demolition of the infamous Haggerston Estate (and was shown at this year’s East End Film Festival), illustrates this point perfectly: people imprint on the spaces around them, and to assume that they can be coldly plucked from their homes without damaging their sense of identity is ignorant of human nature.

Regeneration should not be a move towards coldness. We should celebrate our wonderfully rich, diverse and ever evolving history as we move forward and not let it get forgotten about in our haste to exploit the market potential of areas. My nan recounts the strong community that distinguished Kentish Town – a sense you can still feel as you walk the streets of it today – and it’s this spirit that we must continue to sustain for future generations.

This is box title
Do you have a family story you wish to tell? Email us at info@kentishtowner.co.uk