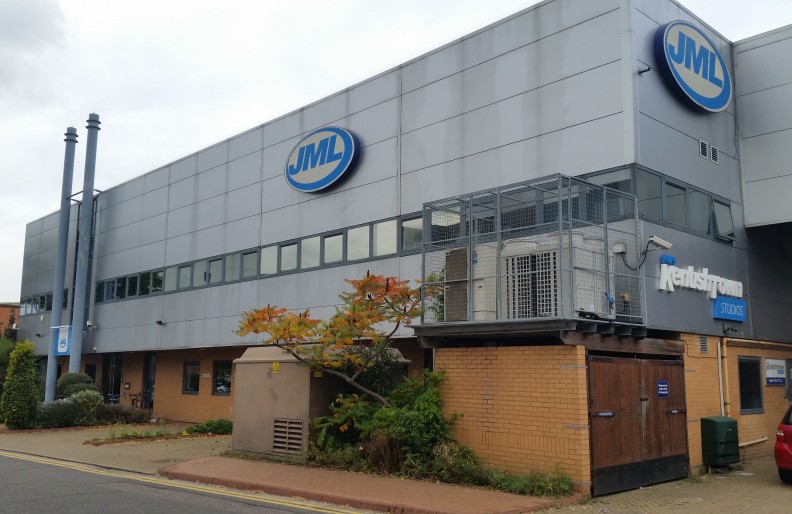 Did you know that the last remaining officially designated industrial land in the London Borough of Camden is to be found directly opposite Kentish Town tube station?

For many years now, the rather forlorn Regis Road Estate has been the subject of many a speculative redevelopment plan. But last month finally saw an £8.8m property purchase go through that points towards the future of this incongruously underdeveloped swathe of central Kentish Town.

Reiss made a statement saying “the acquisition is a strategic investment for us and due to the nature of Kentish Town, the site can easily continue to be used for commercial use. We are now looking to fill the space with a lease of between three to five years before we asses any planning applications we may wish to pursue later on.”

For some idea of what may lie ahead for the estate, the Kentish Town Neighbourhood Forum Submission Plan has just opened for an eight week consultation (running until 26th January, find out more and have your say here).

It contains plenty of exciting long term aspirations for the land – including the kind of new housing and retail units that must be firmly in the sights of Mr. Reiss – as part of a comprehensive redevelopment of the whole Regis Road estate plus the large Murphy yard that runs right up to Gospel Oak.

The proposals also mention bridging or covering the railway that currently divides central KT from Queen’s Crescent to the west, which would radically change the experience of getting around the area for locals.

Ever since the Midland Railway carved their tracks out of Euston right through the heart of Kentish Town’s marshlands back in 1867, getting to the high street from the Crez has involved a fairly lengthy round trip. It hasn’t helped that Regis Road is currently cut off from former access points in Spring Place and Holmes Road too.

But, one way or another, change is coming to this forgotten land, which should open it up to locals for the first time in generations and offer plenty more attractions than the recycling centre and Post Office delivery counter – the only reason locals ever venture there today.

You can read more about how the waters of the River Fleet, then the coming of stables and coal drops for the railway are responsible for the industrial nature of this part of NW5 in this feature.

Earlier this year, a certain local brewery were rumoured to be considering a move to take over the Post Office site, while Australian property giant Lend Lease were reported to be sniffing around too. Not heard of them? Well, their only the ones behind iconic global structures including Sydney Opera House and Kuala Lumpur’s record-breaking Petronas Towers. Any K-Town Towers would have to be somewhat smaller though as the KTNF are very firm on preserving key local views to/from Hampstead Heath.

Lend Lease are also currently the ones spending £1.5bn on the redevelopment of Elephant and Castle, which shows the level of potential ambition for such a prime slice of underused north London.

If that kind of project were to take place here, Kentish Town could become the site of the largest urban construction project in Camden after King’s Cross.

So, are you keen to see Regis Road revitalised or do you think it will end up ruining the unique industrial mix of the neighbourhood?