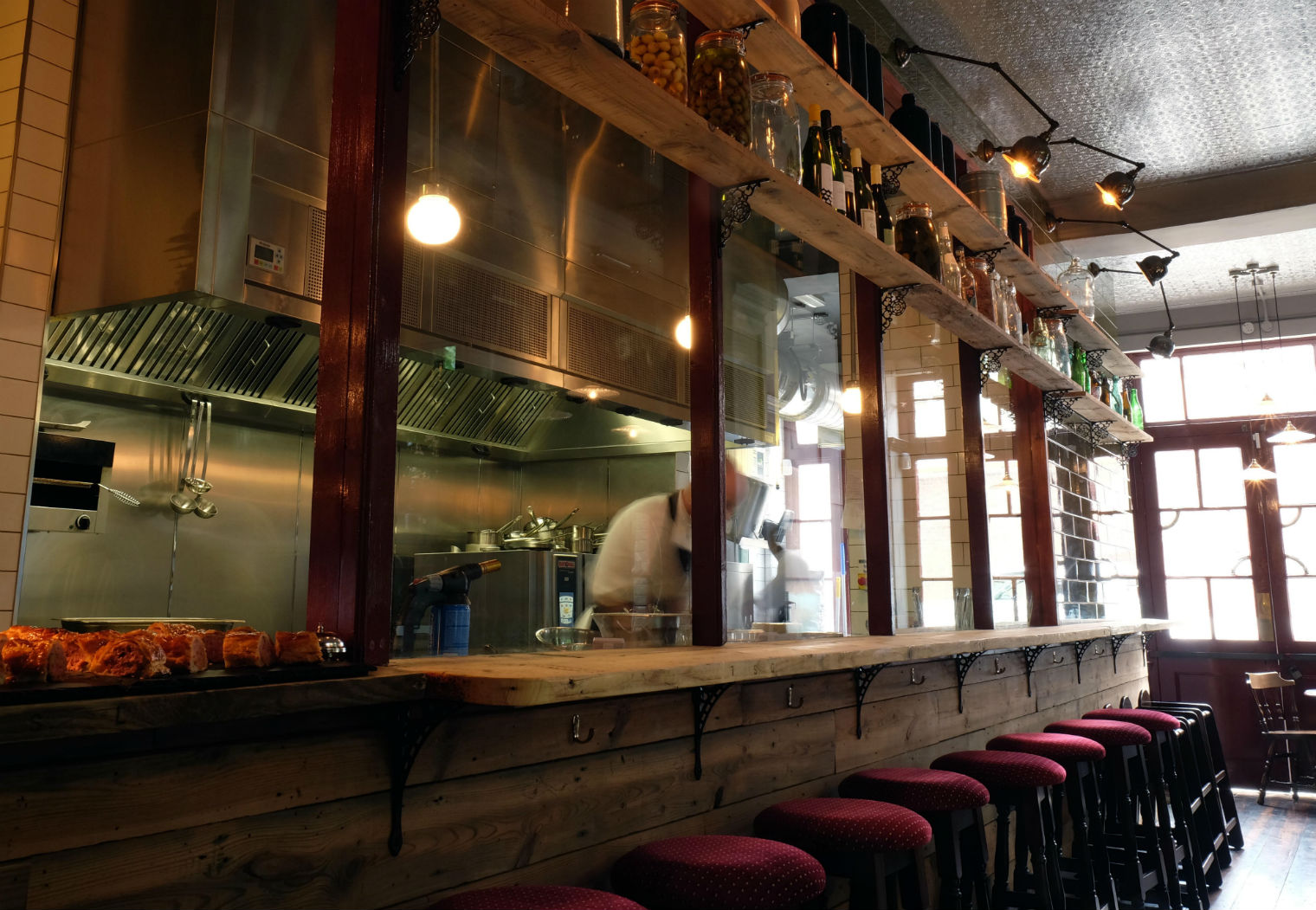 Worth a detour: the revamped Malden Road pub is now serving some inventive dishes

This has to be one of our longest ever reviews-in-the-making. After all, pub and bottle shop the Gipsy Queen opened back in June, refurbed by the highly competent team behind The Grafton, on the Malden Road site once known as the Westport Inn and more recently The Bluebell.

So why haven’t we published a full assessment until now? Well, despite the glam interior makeover, and lovely reinvented garden, complete with booths and festoon lights, initially there were mixed feelings about the food and service. Did the kitchen, under the aegis of Tom Humphries, the head chef at their Prince of Wales Road flagship (who’s also done time at the Hand & Flowers and Petrus), simply need a while to bed in? And so for several months, distracted by the slew of new openings in the area, a review languished half-written.

That’s not to say the cooking didn’t show early promise. Roasted scallops with apple, cucumber and crispy seaweed were earthy and zingy, a heritage tomato salad with basil sorbet a thing of beauty. Statement starters, such as a guinea fowl cooked three ways surprised us in a good way, and tasty chicken breasts with crispy bacon were well-priced enough to parachute into our Tenner Or Less column.

As the season changed from summer – where we spent many a balmy evening in the shady garden – into autumn, we admit we’ve developed quite a penchant for the place. Its handsome dark wood interior is now cosily candle-lit, a real fire roars if it’s chilly enough, and the seasonal menu bursts with imaginative nose-to-tail specials (but also classics like fish and chips, an onglet and a burger).

We seem to end up frequenting the joint on a Wednesday, when there’s a lively quiz night. So against the backdrop of questions barked, and good-natured cheers from participating tables, we’ve quietly cleared starters of crab on brioche with marie rose sauce, packed with fishy flavour; crispy braised pig’s head, deep fried so that steam billowed out of it for several minutes when sliced; and a rabbit leg rillette – soft and tender, served with moist hazelnut, carrot and cumin loaf.

But our favourite small plate? A board of creamy salt cod brandade balls with a zesty tarragon mayonnaise. And it’s good value too at just over a fiver.

Mains have proved just as interesting: chunky white brill straddles a pool of puréed sweet red cabbage, criss-crossed by strands of samphire and a piquant sauce vierge. Herb-crusted lamb rack stands pink and fleshy alongside generous pillows of gnocchi on buttered kale and artichoke; and a new chicken dish just added, with celeriac chips, pumpkin and saffron mayonnaise, is a subtle winner, all attractive presentation, smooth-as-butter flesh, and wintry as you like.

The most ambitious dish is, we reckon, the tender, full-flavoured goat leg cooked three ways – stewed, fried and as a boudin (sausage made from the innards): it’s like nothing else on a menu in the NW5.

If you need a sugar hit by now (or you’ve got kids in tow), try the fill-your-own-donuts, complete with a pipette to inject jam and cream; or a chocolate bomb dessert that explodes with hot dark sauce, crunchy honeycomb and ice cream.

So, to put it simply, the standard is pretty high for a neighbourhood joint. If anything, menu descriptions are a little undersold, with options listed as salmon/chicken/steak, belying the careful thought and complexity behind some of the creations. But such modesty is itself appealing.

Drinks-wise, besides an inevitable focus on local London and smaller UK breweries, there are classic cocktails and a decent (if slightly pricey) wine list, including draft prosecco and vino by the carafe. What some Malden Road locals may not realise is that there’s a takeaway bottle shop and growler refill, so it’s a much-needed off-license too.

In summary, then? Earlier in the year we had experienced some delays between courses, forgotten side dishes and lack of knowledge about simple menu items. These issues have now mostly been resolved, with confident – though still sometimes inconsistent – service all round.

Along with other acclaimed 2015 arrivals like Patron and Beef & Brew, the Gipsy Queen is a fine addition to NW5 – destination, in fact, wherever you lay your hat.