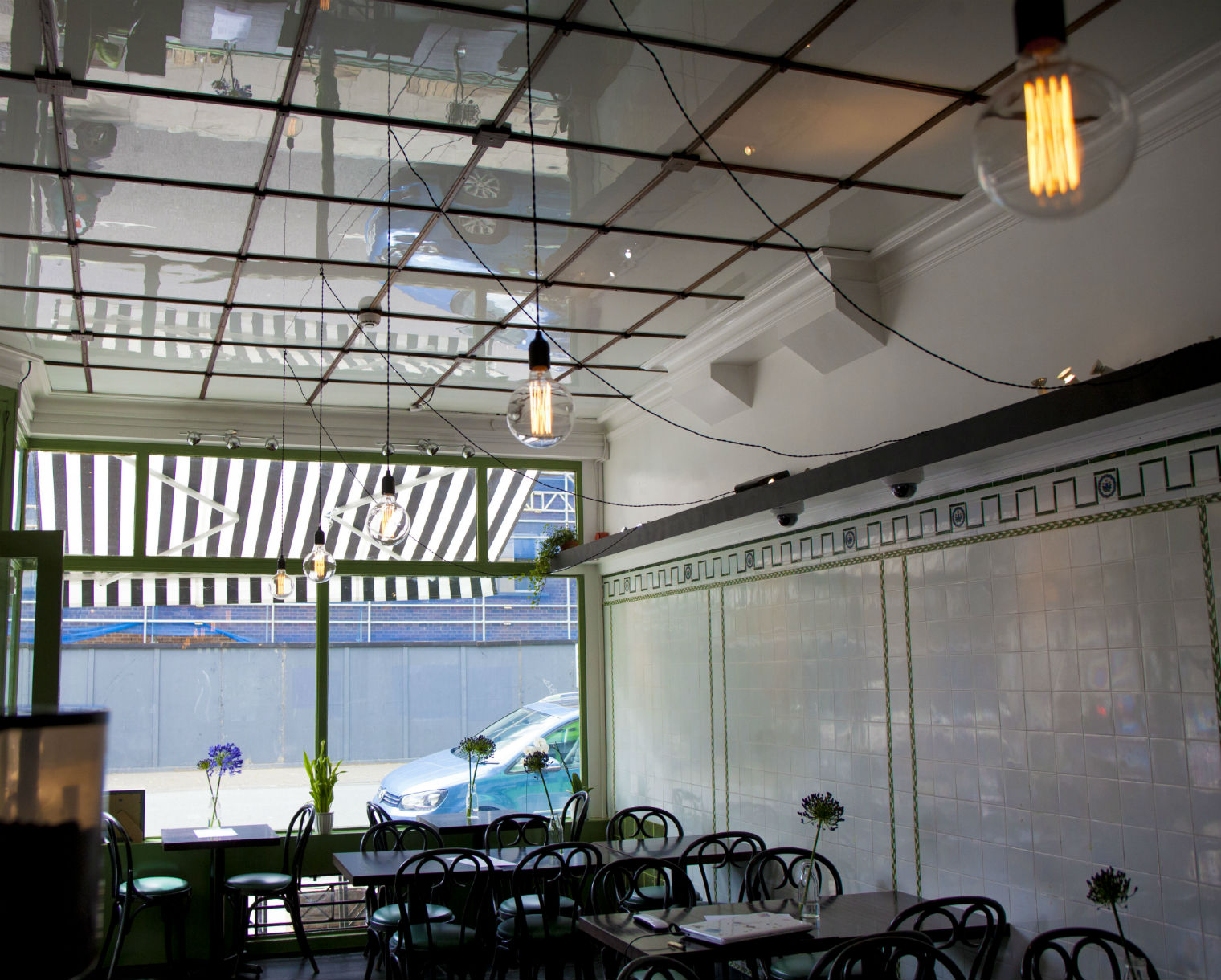 It was a shame to see Bunny Little’s Bakery close down earlier this year – but good to hear that the new occupiers, Sital and Steve Wilmot, first heard about the space when they saw it advertised in these very pages.

The pair used to run the Zensai bar and restaurant down on Inverness Street, but have sold that to focus on this new, more upmarket Tufnell Park venture. “We’ve maintained the building’s original art deco features, which date back to when there was a dairy at the site in the 1930s,” says Sital. “The name simply translates as ‘cow’ in many European languages, and so in a way honours its history.”

Fair enough. The aim is to serve the community from morning to night with coffee, breakfast and brunch, and a straightforward modern European a la carte by night. Many products are sourced locally from north London, and head chef Salim Kaid has previously worked at Jumeirah Carlton Tower and Dorset Square.

We slunk in on a very quiet Tuesday evening, just as the weather took a dip in temperature: instantly the candle-lit interior appealed, while a group of rambunctious older women in one corner offset the deathly silence of an empty restaurant.

The evening menu is short; a good sign, surely, with just a handful of starters and mains. But despite the deco stylings, we weren’t sure whether the dishes were intentionally old-fashioned, or tongue-in cheek. In fact, does it even really matter?

We eschewed ‘soup of the day’ for the two most interesting options to start: sweet seared scallops sliced thinly on creamy carrot mousseline, were topped with salty slices of crispy ham, the oblong plate adding an unnecessarily retro touch. And a great mound of meaty smoked duck rillete with honeyed calvados apples was easily demolished, scooped up on torn pieces of accompanying baguette.

The list of mains – tuna nicoise, steak, lamb shank, risotto – felt a tad uninspired, especially with so much competition up the road, most notably the Shoe Shop/Patron/Junction hegemony. We settled on marinated thighs of corn-fed baby chicken with chanterelles and fondant potatoes (pictured below), actually far more attractive than anticipated – and not bad, although lacking in perhaps the extra something that makes a dish essential. A nicely-cooked piece of medium rare rib-eye with creamier dauphinoise and a green peppercorn sauce – dotted with too many of the little blighters – was competent too, but the overriding feeling on our table was that both choices tasted like “decent hotel food”, without offering anything especially memorable.

Korova features a bijou cocktail bar serving classics such as martinis, negronis and juleps, but at£9.50 a pop we considered this a luxury not really justified by either the location – or the day of the week. So we plumped for the cheapest bottle, a light, decent cherry-sour Sangiovese well-priced at £16.50.

Swerving dessert – things like crème brulee and chocolate mousse – we paid up and left, unsure whether we would return or not. On the one hand, it’s an admirable new addition to Tufnell Park and Kentish Town’s increasingly hectic dining scene. On the other, despite a seductive interior, was the food really special enough to win customers away from other enticing options up the road?

Oh, and service is friendly enough, we should add, although all three members of staff inquired whether we were enjoying the meal at regular intervals. But the mains are well-priced (from a tenner up) and it’s a useful option if you live in this part of N7 – just not quite worth crossing town for. Yet.