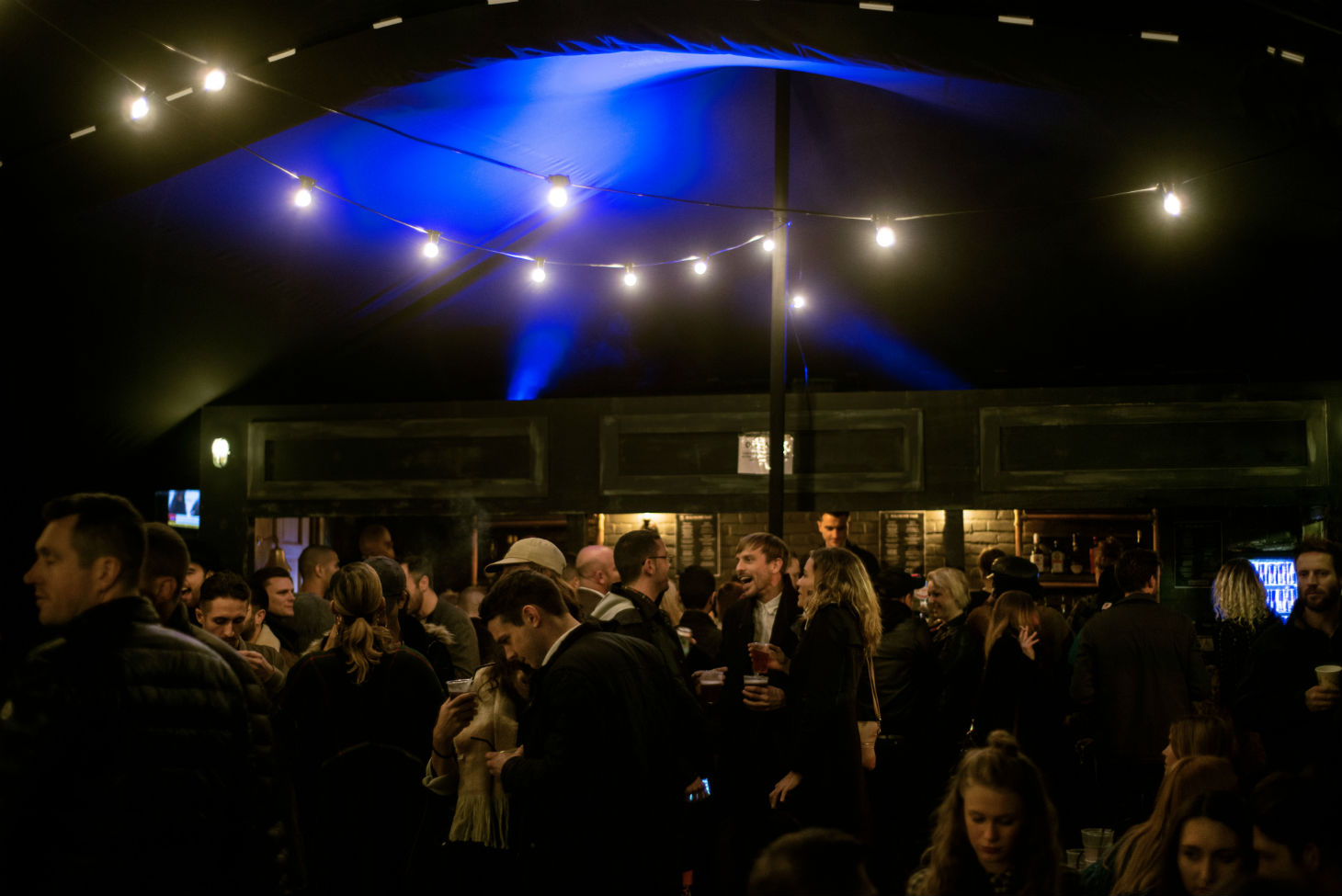 There’s a general Gatsbyist consensus that the Twenties was the heyday for partying, balancing decadence with class and sophistication. Here you can get blasted back to this celebrated era, which gives those who like to don an outfit the excuse to pull out their flat caps and pearls, feather fascinators and pocket watches.

As soon as you enter there’s that rare buzz that you only feel when the music is the right volume, the drinks the right price, the people are there for a good time and the staff really know what they’re doing. This atmosphere permeates each corner of the Yard: everyone is smiling, conversational and ready to dance, a vital combination for any good night out.

The seven pals behind the event know their onions, and they’ve gone all out to secure some of the best DJs in the world without being naïve and grabbing names that wouldn’t suit the venue; for example, on the 20th you can see legendary hip hop guru Grandmaster Flash take charge for a mere £5! FIVE ENGLISH POUNDS TO SEE GRANDMASTER FLASH. You would be crazy not to take that opportunity in my book.

The sustenance on offer is exactly what you might expect with the Lock’s currently mega-improved rep for quality streetfood. A dozen of the capital’s top food pop-ups – from The Frenchie’s duck confit burgers to Wing It’s chicken and Chia’s quinoa and halloumi salad boxes – keep you motoring through the night. The selection is huge so just make sure you save room for pudding. If, like my girlfriend, you have a sweet tooth, that is.

With cocktail bars all over the joint, we reckon the mixologists behind the bar that know their stuff. We particularly loved both the Snowball (for a festive option, OK?) and the espresso martini if you want a more sophisticated beverage. With a kick of course. Plus there’s all the usual beers, craft and otherwise.

If you haven’t been living under a rock for the past couple of years then you’ll have at least heard of the hit BBC drama series that follows the notorious Birmingham gang as they dominate their home town and move into London with the help of Alfie Solomon. The seven friends behind this pop-up are as passionate about the series as anybody, and have taken real inspiration from it, even getting kitted out by the same shop that does the series’ costumes (see pic, right).

Need I say anymore? There are few better spectator sports than Drunken High Heel Cobble Dancing. And it’s win-win: if they go down that can be quite funny; if they stay up it’s incredibly impressive. However, in true London fashion, many of those in attendance on our visit stuck to a casual sartorial vibe, so such sightings can may, alas, be few and far between.
This is box title
Solomons’ Yard is every Thursday, Friday and Saturday evenings from until 19th December, 630pm to 1130pm. Free entry Thurs. Fridays and Saturdays till midnight, entry £5. Middle Yard NW1. Follow them on @solomonsyard. Follow Brendan on Twitter @brendanhodrien