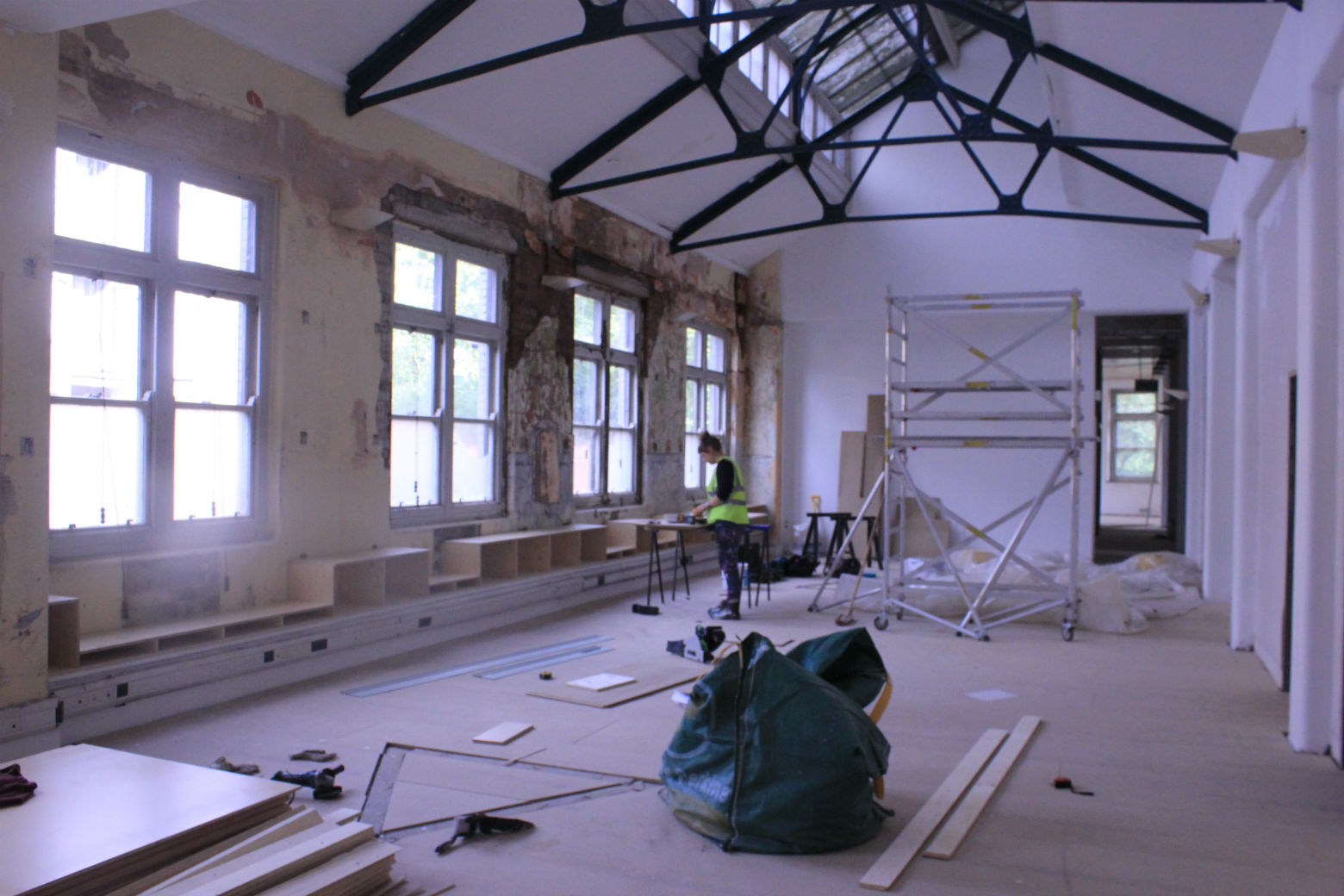 The good news for commuters who’ve long wondered at the forlorn nature of the imposing National Temperance Hospital is that finally it’s being renovated.

But hang on a minute, where? You know, the building on Hampstead Road that’s boarded up, with amazing original Victorian features, and just a few minutes’ walk from Warren Street tube. You pass it every time you take the 24, or 29 bus into the West End.

The folk responsible are Camden Collective, behind all manner of improvements in the area, from refreshed paintjobs on bridges to pop-ups in empty shops as well as on-trend office hubs.

But this new project, designed by Co-DB and RARA, is next-level by the sounds of it. The idea? To revamp it as a co-working space, as the team have done with other derelict spaces on nearby Camden High Street. And it opens next month.

“This building has been vacant for around a decade,” says head honcho Simon Pitkeathley, “but by the new year it will bring a fresh lease of life to the area, and stand as a real asset to Camden. It will feature our classic co-working space for hot-desking, but there’ll also be paid-for lockable rooms. It’s a departure from our previous model of only free hot-desking spaces, with Collective members that have grown both financially and in terms of staff numbers progressing to paying for their own private business space.”

Sounds perfectly ‘now.’ But what about then? What on earth was it built for? From the top deck of any bus going you can see, if you look carefully, the words spelt out above the windows. Look a little closer, past the dirt and neglect, and you’ll see the building has turreted towers, elegant iron balconies and an impressive footprint which curls round onto Cardington Street.

But a “temperance hospital”? For over a century it was simply a place that refused to use alcohol in the treatment of patients. The London Temperance Hospital (later, in 1939, the National Temperance Hospital) opened in 1873 in Gower Street. It moved to Hampstead Road in 1885 (you can still see the foundation stone), where the use of alcohol was prohibited – except in the most extreme circumstances.

In the 19th century booze was widely believed to have medicinal qualities. The sick — and, alarmingly, staff — were often given alcohol, usually to treat a host of complaints including weakness, delirium and respiratory diseases (with a terrifying blistering technique). The temperance movement encouraged abstinence, thinking alcohol responsible for many of society’s ills. They were also dubious about the restorative qualities of the booze, hoping to save money and improve staff efficiency by running a hospital based on their beliefs. According to one advert, the Temperance Hospital saved over £80,000 a year by staying sober. When it shut, in 1990, it had a unit for the treatment of torture victims. In between it was a home to a host of different areas of medicine, from dentistry to casualty. This was an important part of the community, employing and treating many locals.

Since the hospital packed up though, the building stood empty and fell into disrepair. Various ‘explorers’ have snuck inside to have a look around, and found a sad sight – the windows cracked, smashed up by vandals, the basement sodden, flooded by a gushing water main, and filled with noxious fumes. But, as Camden Collective understand, the elegance of the building isn’t lost. Long, windowed walkways give onto balconies and panelled rooms. Light floods in, and the square round the back is a haven, tangled in green overgrowth.

So, as regular top-of-the-bus users will vouch for, it’s a special building and an important part of local history. Here’s to its new, very 2015 role as ultra-modern co-working space.

With huge thanks to Georgia Grimond for the original research and words on the history of the building.

This is box title
The Temperance opens in December. For more info follow @CMDNCollective