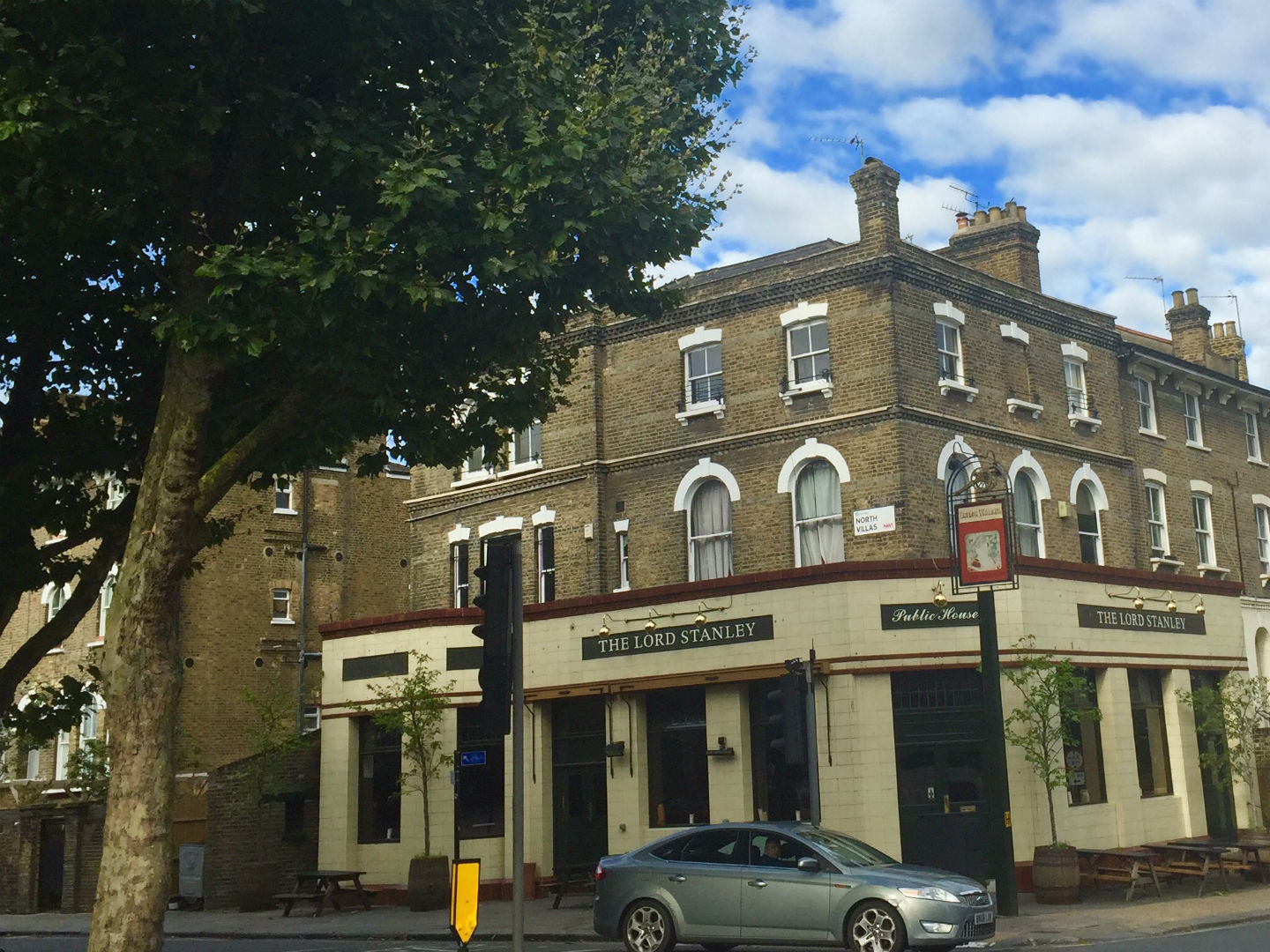 Last month, we sadly learned that a favourite Victorian boozer – and its mouth-watering £6 lunches – are at risk.

Punch Taverns have put Camden Park Road watering hole The Lord Stanley on the market, and if their track record is anything to go by, it is likely to be snapped up by some highflying property developer. Cue luxury flats.

But help is at hand in the form of support from celebrity phalanges.

At last week’s Save the Lord Stanley gathering, we approached Billie Piper and hubby Laurence Fox, who were lapping up a couple of pints in the boozer, for an exclusive comment.

Billie got straight to the point. “If this pub closes, I’m leaving London,”  she said, before Laurence added, “we need more pubs”.

Spandau Ballet drummer John Keeble also spoke to Kentishtowner while supping a beer at the bar, giving us his feelings on the matter. The musician grew up nearby and all his fellow Spandau members had visited the pub.

“I’ve been coming here since I was a kid,” he said, “and played darts when I was a teenager. I’ve got a lot of great friends and memories at the pub – we even started a pub football team. It’s a melting pot for everyone, from Grammy Award winners – Coldplay used to come here – to folks with guitars.

“I can’t really envision the pub closing, this place is real and that’s why I like it. It’s a proper pub where no one cares about what you do; they just like you for who you are and that’s unusual. It’s nice to feel part of a community, part of the fabric. Everyone has turned up today and taken their time to make a difference – and hopefully it will work.”

Add to this star-studded support a Lord Stanley Community, which has been formed to get the pub listed as an Asset of Community Value, and you’ve got the recipe for a local revolution. As we part company from John at the bar, we can imagine the lyrics to Spandau’s classic Gold being sung in camaraderie – “you’re indestructible!”

The community already has gathered over 1750 signatures on its petition, as well as some bloody lovely messages of support too. And so it should, it’s been much-loved for donkey’s years.

If the pub is forced to close its doors then we will all quite frankly be outraged. No lacquered green ceiling packs as much visual punch as theirs; no beaten wooden floor has been trodden on by so many talented (or otherwise) feet. Until we discover its fate, however, the celebrities have spoken. We’re gonna fight ‘til the bitter end.