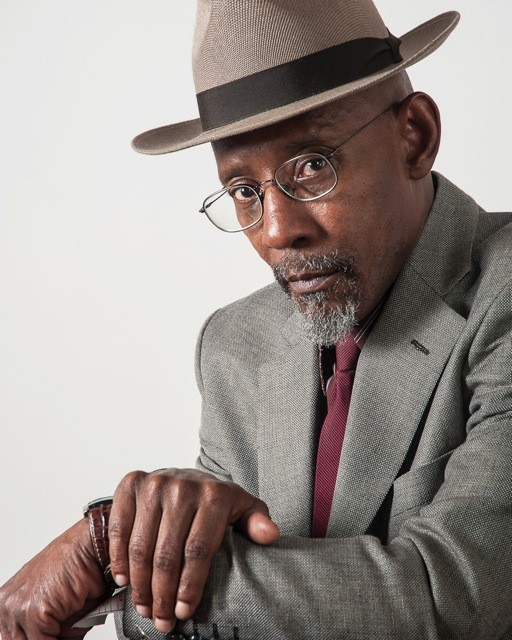 Linton Kwesi Johnson, who closed this year’s N19 eight-day celebration of the cerebral, is the man described by Mos Def as “the Don Gorgon of Dub Poetry.” In fact, he’s often accredited with popularising a genre characterised by a reggae rhythm bleeding through it, written in a phonetic Jamaican style.

The audience shuffled in to St John’s Church at Archway, some arriving much earlier to absorb the words of Tanika Gupta and the music of Lawrence Scott; and, lining the pews, we eagerly anticipated the arrival of Kwesi Johnson, often referred to simply as LKJ.

“You must forgive me but I have quite a croaky voice at the moment,” he announced after the applause eventually subsided. “So I had a smoke before I came on to see if it’d help.”

The poet than guided us through some of his best works, speaking sometimes at length at the inspiration behind each poem, with pieces ranging from rare love poetry to homages to classic British works and heart-breaking elegies dedicated to late family members and inspirational activists. He concluded with an all-too-relevant poem “about the culture of the police killing black people”.

Applause was heart-felt, with those in attendance well aware how rare of a treat it was to see such a legend perform, especially considering how infrequent his public appearances have become.

The setting was apt, too, with Johnson preaching from a lectern, the diminutive Clarendon native as sharply dressed as ever, commanding every inch of the church, making the vast space seem intimate.

Despite being active on the scene for nearly half a century it was evident that LKJ has not lost an ounce of the instinctual rhythmic control that permeates his works, a turn of phrase and master of the language that elevated him to the status he holds today. It’s also worth reminding ourselves that back in 2002 he became the then only second living poet to be canonised by induction to Penguin Modern Classics – and the only black poet to achieve the honour.

If, for any reason, you are are unfamiliar with LKJ, I’d recommend picking up a copy of his collected poems, his album Dread Beat an’ Blood or just check him out on YouTube, above: here’s a link to his performance on Def Poetry Jam, reading If I Waz A Tap Natch Poet, written in defence of Dub Poetry following a backlash at his Penguin Modern Classics induction.

This is box title
Archway With Words is back in October next year. Follow Brendan on Twitter @ablogbyBrendan