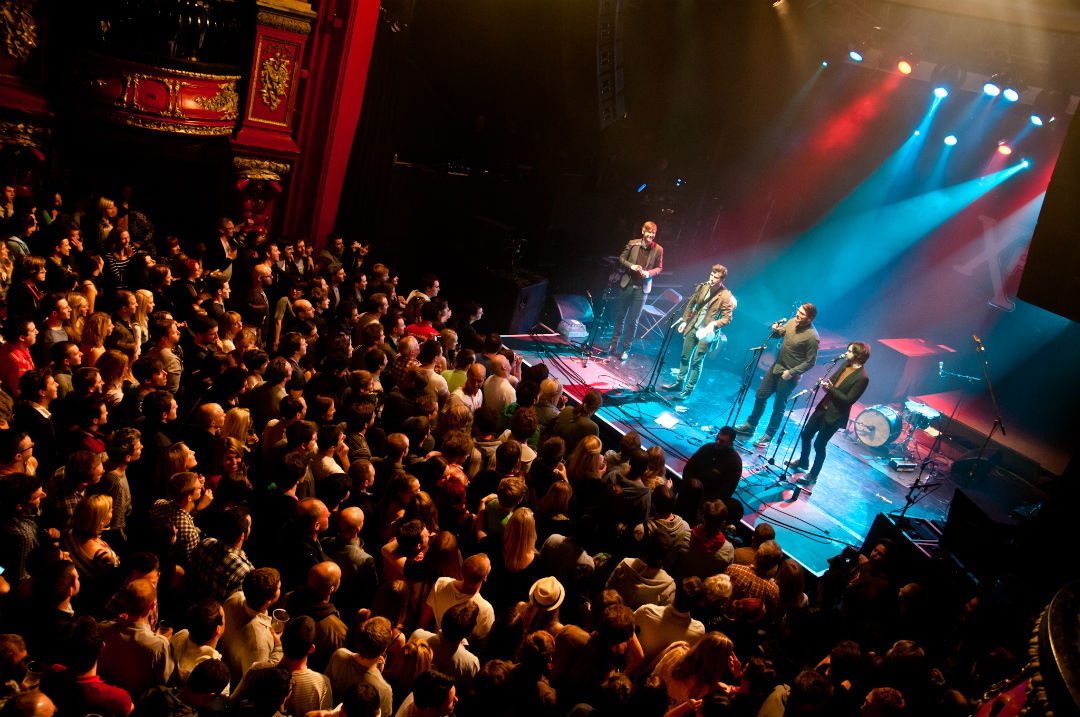 “It’s not the Camden your dad and I knew thirty years ago,” my mum remarked as we took our seats outside the Ice Wharf pub, dark ales in hand, to watch narrowboats negotiate the emerald-glazed waters of Camden Lock.

Despite the inevitable evolution that has taken place in the last few decades, Camden remains the cool punk grandad of the city, the cultured uncle of more recent fashionable hotspots such as Shoreditch and Brixton, and the authentic conscience in the ear of chain-polluted central London.

But first I should explain. I’m Brendan, I’m 19 and a literature student about to enter my second year at King’s College London. For months on end my two flatmates and I debated where we would be living upon departing student halls – and finally settled uncertainly upon Camden. What a magnificent decision it was: the relatively cheap prices, student-friendly bars and constant stream of innovative nights out means it is, decades after my mum and dad ventured down in their brazen youth, still the student destination in London.

There are endless possibilities that make it a paradise for us students, from establishments serving the craftiest craft beers to subterranean hideouts concocting unimaginable cocktails. By the time we’ve drunk in all the bars or eaten in all the dirty burger joints five more of each will have opened up. I feel full of deep regret that I wasted away so much time and money on such anonymous places around the Southbank, where I lived in halls, when I could get a lot more satisfaction for my money a mere four tube stops further north.

As you walk about NW1, rubbing shoulders with both tourists and residents, you are permeated with an odd yet uplifting infused air of historicism and modernism, complementing each other effortlessly as you munch scientifically crafted burgers inside the decades-old markets. These still thrive in their own right and, although many have abandoned traditional wares in favour of tourist friendly Breaking Bad pun memorabilia and nearly real Raybans, they still play host to hipstercentric Backyard Cinema and bubble tea vendors.

Oddly the area is more reminiscent of my hometown of Liverpool than of the Southbank. The harmonious marriage of traditional pubs and bohemian cafes aside, idyllic local landmarks are much more akin to the thriving Baltic Triangle and Bold Street areas of Liverpool than the yuppytastic rooftop bars that bustle for space around the Strand.

One of the things I take great pride in in Liverpool is its constant evolution without ever losing its identity; real local people opening up a restaurant because they love the food they make, or a thoroughbred Scouser setting up a bar just the way he wants it. This is a quality I feel shines throughout Camden and is lost in a lot of commercially-infected areas of London, lost to hedge fund investment enterprises and lacklustre bandwagon ventures.

The Camden/Islington N7 border where I ‘ve just moved bears many more striking resemblances with Liverpool, the people friendly, good natured and welcoming – and the full English brekkies in local caffs enormous.  I’m overcome with a reassuring feeling that this was as close to home as I was going to get. My landlord was smiley and helpful (really!) as were all of the local shop and café owners I met whilst exploring my local area. I’d particularly recommend both the greasy spoon and Italian deli Salvino on Brecknock Road.

As I’m now second year, I thought I should offer new arrivals to the capital some advice.  So why not read my 14 essential tips right here? Meanwhile I hope to report back on my experiences as a student in Camden throughout the year.