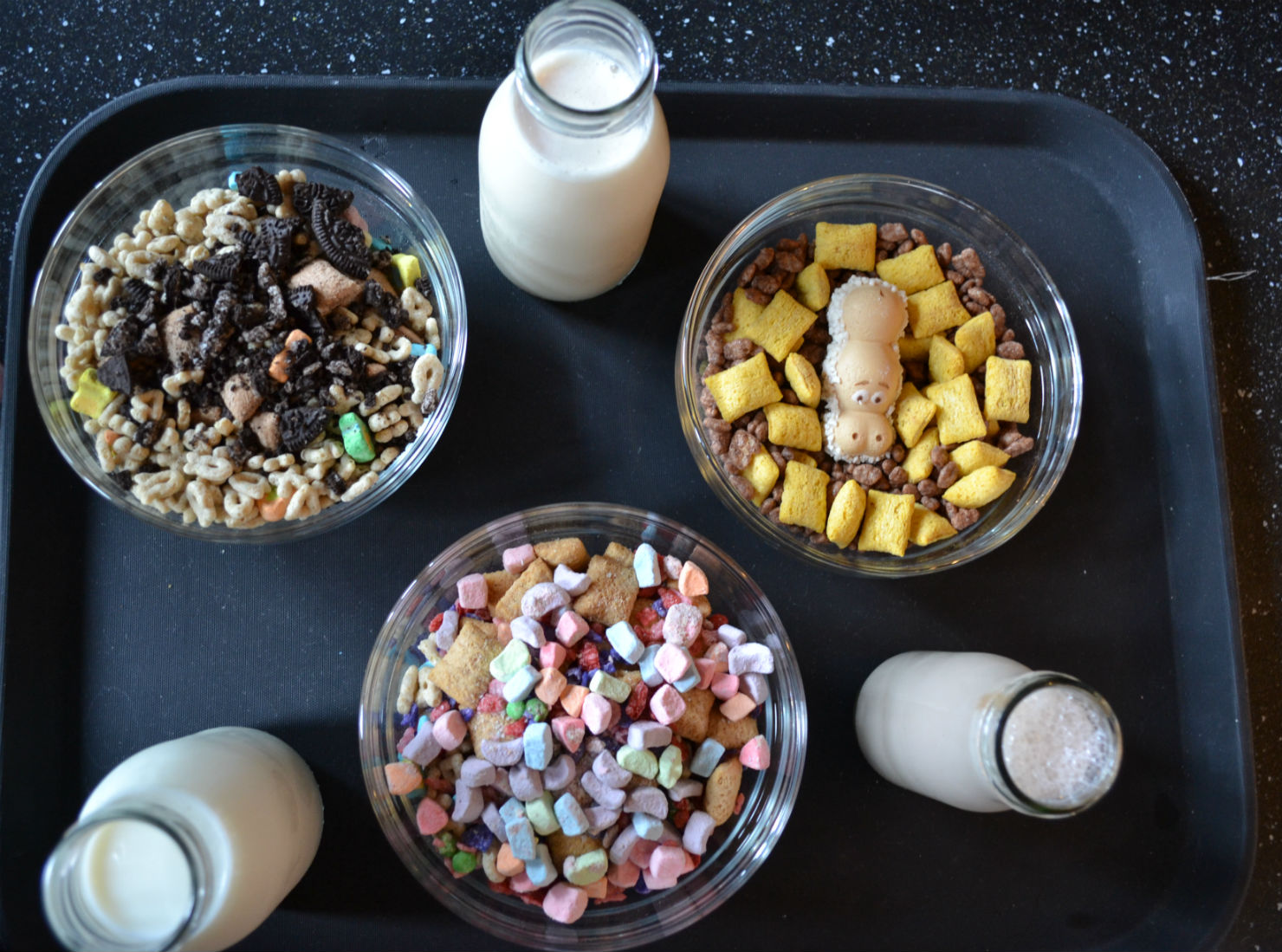 Hidden in the realms of Camden market sits a peculiar, yet bold place named the Cereal Killer Cafe and – you guessed it – it sells cereal. We went there to see what this wacky cafe is actually like.

There are many different combinations: you can have one, two or three different cereals and there are many to choose from. I decided on two that were quite similar to British favourite Krave, and they were Flips and Chokella, along with the fairly popular Lucky Charms. I topped the cereal with Oreos much to the good suggestion of one of the worker’s; and that brings me on to my next point, which is that the people here have a great knowledge on what they are working with, and what to choose.

In addition, the place looks great on the inside, decorated with old cereal boxes and retro items, including a bed and an arcade game. I would definitely go back again because the cereals there, or at least the ones I had, are delicious and the place is just so clever and cool.

I also tried one of the Pop Tarts. It was the S’mores flavour, a chocolate wafer biscuit from America, and once again I was impressed. I think the pop tarts are a great addition, a good alternative to the main attraction.

If I went next time, I would try three totally different cereals because, although what I had was brilliant, I am sure there are some other delicious types. So in short, there was nothing I did not like about it. My rating? 9/10.

Choosing my cereal was extremely hard, possibly the hardest choice that I have made – and you will ever make – as you pick from from over 120 cereals.

There are our British ones, everyday ‘boring’ cereals such as Coco Pops, American brands like Lucky Charms, and global examples from all over the world like New Zealand and France.

When selecting your bowl, there are three steps. Firstly, you pick your cereal. I decided to try something new and went for Lucky Charms as they seemed to be very popular (and they include marshmallows), Trix, which is basically American Krave, and finally Poppin’ Pebbles – as, I’m not going to lie, they sounded amazing.

Then you choose either milk or ‘premium’ milk: there are flavours like bubblegum, white chocolate and peanut butter, but personally my favourite is caramel. I chose that partly because it was recommended and I assumed the man working knew what he was talking about, but also because I thought it would contrast well with the Trix.

Lastly you pick toppings for the perfect finishing touches. You could try Oreos, Lucky Charm marshmallows or even a little Happy Hippo.

There was also a choice of toast, a selection of Pop Tarts, and Twinkies if somehow you don’t like cereal…

The staff were kind and you could tell they really knew their subject. They were certainly helpful and would give you recommendations.

I loved the vintage atmosphere, the picture of the Joker, and the fact that there are beds to sit or lie down on, which I thought genius, so you can have ‘breakfast in bed’. I thought the pictures and dinner trays on the wall were cool. I loved the bold, colourful crates with the TVs showing programmes kids would have watched in the 1980s – and the really old arcade wrestling game. I even bought some merchandise: lip balms, and cereal killer cards.

A downside? I think they could have done with a fan as I did get quite warm in the cafe.

And they should work on their website as it took a while to load, but, other than that, I thought it was an amazing experience as it’s the only cereal cafe in Britain.

Would I come again? Yes, definitely, and try more of the impressive cereals of their collection.