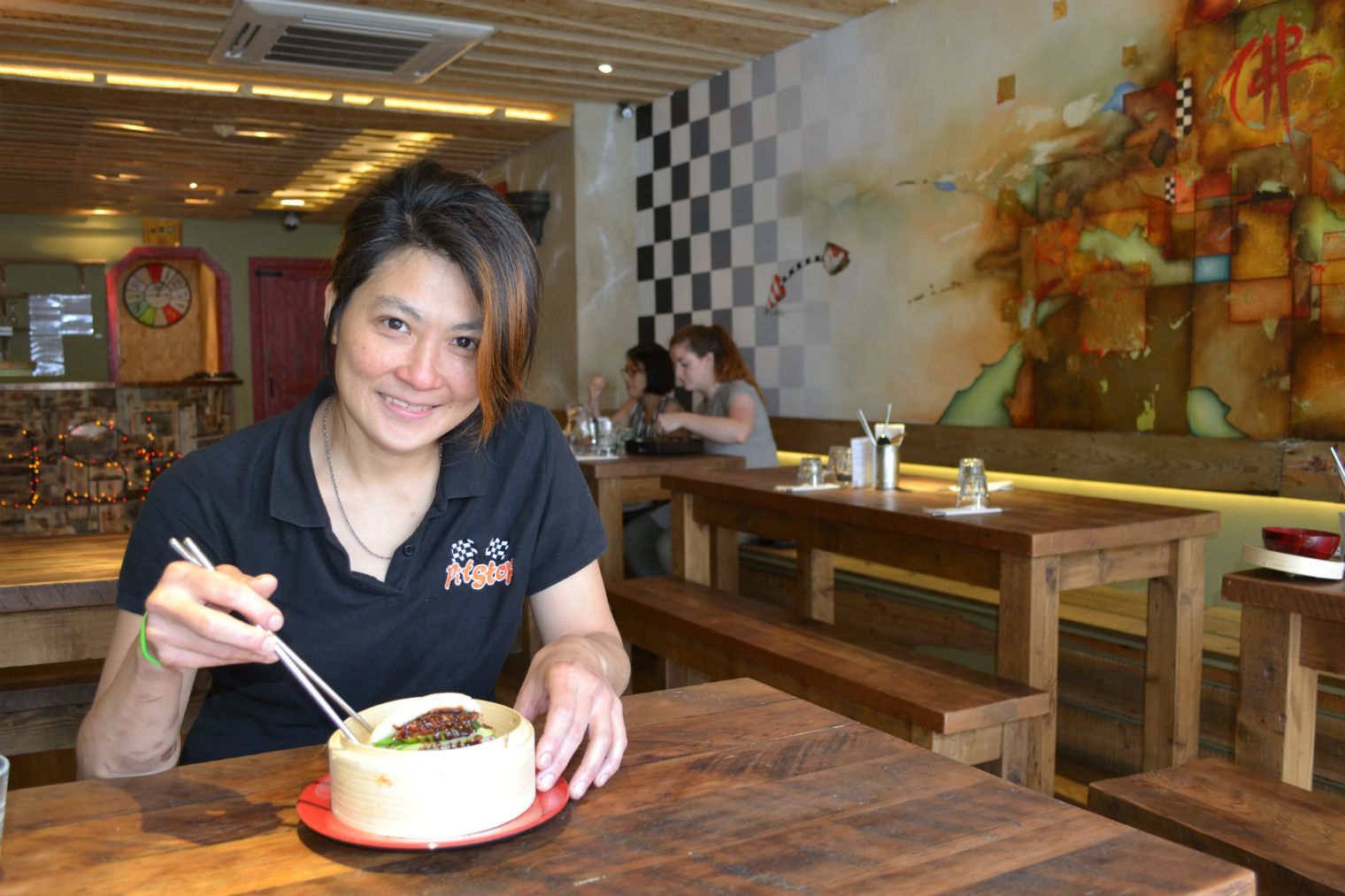 'One guy comes every day and he will have the same thing. Then after a three month period he'll change his favourite dish'

Pit Stop Café is the brainchild of Carol and Sing Wong, a couple who have been selling pan-Asian food from a wildly popular trailer on Berwick Street since 2008. They’ve also had pop-up restaurants in St Anne’s Court, Soho, as well as at the former Endurance pub (now Duck and Rice). In late 2014 they finally opened their first full-time restaurant proper on Kentish Town Road, where they serve up bento boxes, noodles, dumplings – and a formidable roast duck.

• I was brought up in Kuala Lumpur and came here at 21. I met my husband Sing and worked at his family restaurant, the Four Seasons, in Queensway. It was the first Cantonese roast meat place in London, and at the time critics raved that it served the “best roast duck in the world”. They’ve now sold it.

• We use exactly the same recipe here: once you try it, you’ll just fall in love with it. It’s simple enough to enhance the flavour of the roast duck, not overpower it with certain ingredients. The process is quite involved, but we rub the duck’s inside with the marinade, before cooking it on two metal hooks – and importantly not rushing through the roasting.

•The bone is where the flavour is. We have customers coming in and eating everything in the bento box with their fingers, beginning with the edamame. It’s lovely to see them really enjoying it. They go right to the bits that have the marinade on it.

• Back in 2008 I started the Pit Stop trailer in Soho – as a full-time mum with three children. We’ve lived in a housing association opposite the famous French House pub on Dean Street for more than twenty years, so it was really a convenience thing. Berwick Street market was close by – and after a few months the stall really took off.

• It’s very difficult to change customers’ preferences. One guy comes every day and he will have the same thing. Then after a three month period he’ll change his favourite dish. And that’s that.

• Doing street market trading is a lot of work. You need to think about storage and electricity, so that’s also why we took this place in Kentish Town. In the future we hope to operate more streetfood trucks from here.

• Most Chinese restaurants have a special menu for Chinese people. We don’t; but we’re authentic and don’t sell black bean sauce, or sweet and sour pork. Instead, I recommend you try our sea bass Cantonese style, pan-fried slowly with crispy skin, and garnished with a julienne of ginger, fresh coriander and chilli.

• Our new menu features a delicious duck bao (pictured above). It’s a skill to make the perfect Chinese steamed bun: we stuff it with cucumber and spring onions and then add roast duck or streaky barbecue pork. We’re also introducing more vegetarian dishes to Kentish Town – as locals have requested it.

• Managing staff is difficult. Sometimes there’s a high turnover, sometimes you don’t find the right people, and the only option is to carry on looking for another person. I get frustrated as I’m quite skillful in the kitchen, and so sometimes employees say things like, “Well, you’re comparing me to yourself”.

• It’s a very long day; people say I’m mad. But I can be everywhere, working from 7am to 3pm. Then I nap between 3pm and 5pm, and am back in the restaurant for evening service at 6pm, or 7pm if there’s a waitress. I’ll close up too. I can be semi-retired later.

• As a customer, speak up. If there’s anything you’re not satisfied with, you should approach the staff straight away rather than leaving it till the end when you’ve had the main course.

• It’s not just about good food, it’s about customer service: what you recommend for a diner, what sort of meat or seafood they’d like. And then I’ll give them tips on how to do it themselves.

• What’s my tip for cooking at home? Keep it simple. Try and use a non-stick pan and less oil. Meat should be marinated for at least 15 minutes. Make the sauce on a low heat, stir fry, and bring out the real flavour before adding the other key ingredients.