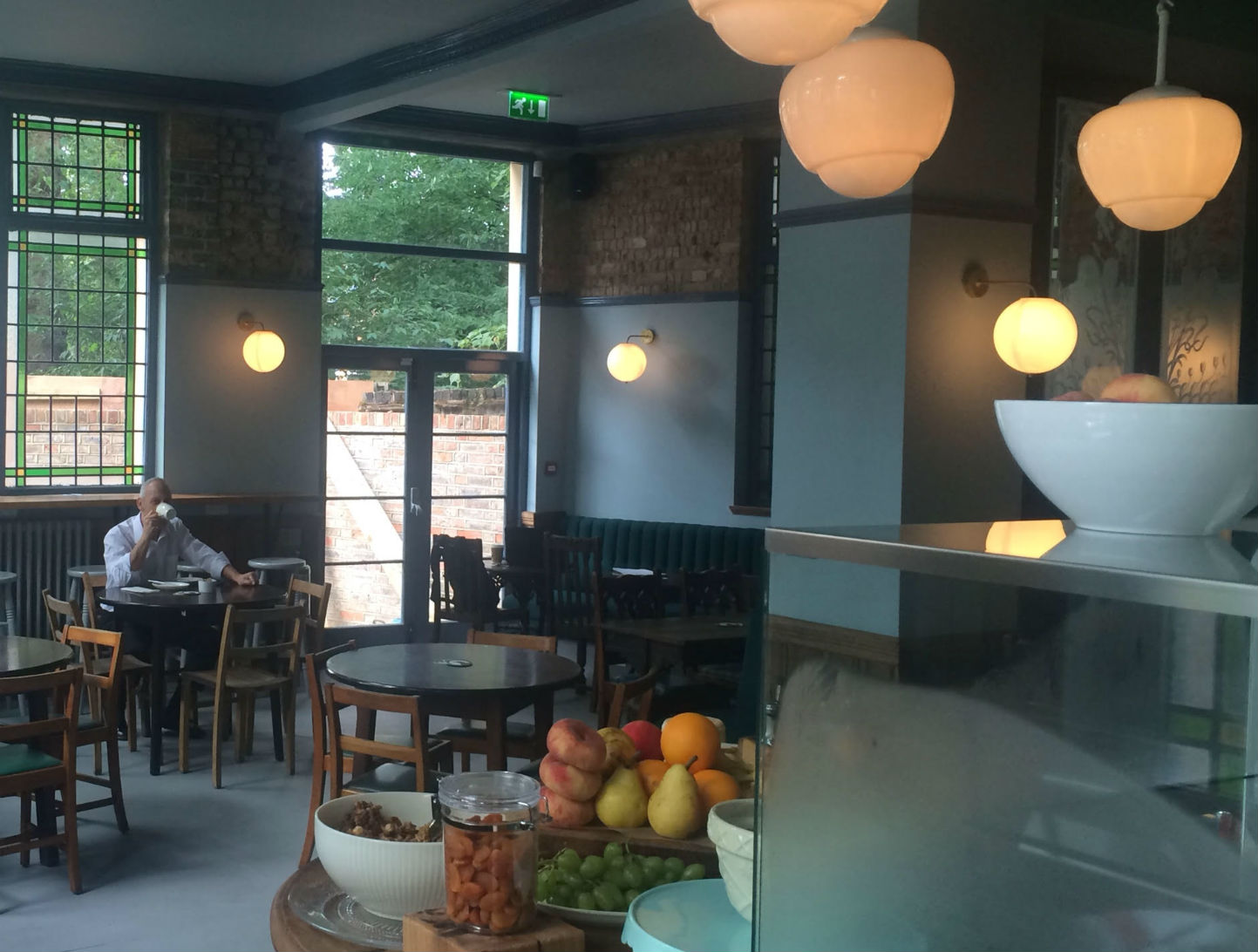 MUST DO: the all-new Magdala Tavern

The Magdala was always the pub that – despite its location diagonally opposite Hampstead Heath Overground – seemed a little more tucked away and less flashy than most in NW3.

It was also infamous, the place where Ruth Ellis shot her abusive lover on Easter Sunday in 1955, for which she became the last women to be hanged in Britain. The bullet holes in the wall out front and the framed tabloid headlines long framed inside held a strange fascination, the values of another era – although not really that long ago at all.

And then a year or so ago, it closed, despite having built up a solid reputation for reliable, sometimes inspired food; hell, it even had one of those red Michelin-recommended stickers in the window – whatever that means nowadays (sometimes I wonder if restaurants can buy them online?).

Happily, the usual threat of developers and luxury flats didn’t transpire on this occasion. Instead, the Magdala “Tavern” (as it’s now been lightly rebranded) was bought this year by none other than the clued-up folk who own The Stag, no more than a few minutes walk south towards Gospel Oak (or Belsize Park, if you prefer).

Those of you who like a ramble over the Heath will know it’s been covered in scaffolding for what seems like aeons – it still is – but the good news is that they’ve opened the doors this week – softly, of course, ahead of Monday’s proper launch.

When we popped by last night we were impressed: if you find The Stag a bit too crazy, this is a more chilled-out, grown-up sibling. The split layout remains, with the cosy saloon bar to the right, now dimly lit with candles and (we’re pretty sure) the perfect spot for a post-stroll tryst.

On the left, the main dining room has been stripped back (a bit), as has the tongue and groove panelling, the leaded windows given a good old scrub (you can see through them now!) and deco globes dangle over the counter, giving a warm, carefully lit atmosphere. The kitchen has moved downstairs, a partition wall added, and in its place are various cosy nooks and crannies to kick back.

The emphasis – as with all new local openings – is on being an all-day neighbourhood hangout, aimed at the early-morning commuter and night owl alike. So it’s open at 8am for all sorts of breakfasty and lunch options – the counter is piled high with pastries, both sweet and savoury, as well as salads and even jacket potatoes in a hot plate – and they hope to encourage the laptop and suited brigade to linger with deals on coffee and lunch.

But don’t let that scare the hardcore boozers among you. This is firmly a proper pub, simply done, no fuss. And it feels as atmospheric as you could expect on the blustery main slope up to Parliament Hill. There are also a good dozen draft ales, beers and ciders – we enjoyed a pint of Beavertown’s Neck Oil – as well as a classic cocktail and wine list.

But be warned, you can’t book, unless you’re taking the one table for eight. So, like the best things, it’s all about spontaneity.

The Magdala Tavern is open “softly” today and tomorrow, and then closed on Saturday and Sunday before it opens for real on Monday, August 24th. Find it at 2a South Hill Park NW3 2SB. More details here