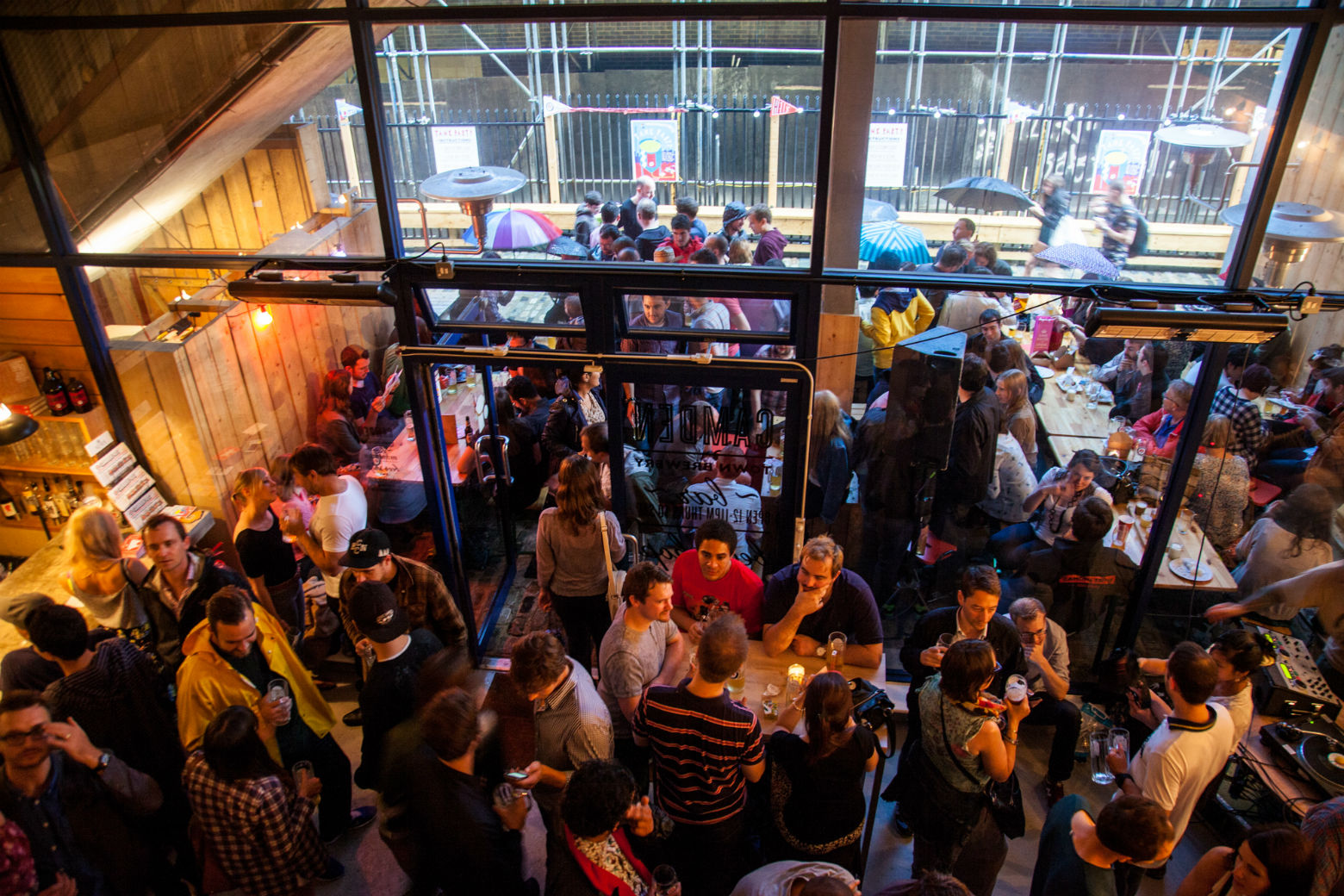 Guess what? Camden Town Brewery are throwing a mahoosive bash this month to celebrate their milestone birthday. Expect a day-long carnival atmosphere with lashings of streetfood and, of course, beer – but they’re keen for the vibe to be “all-ages” so that the whole family can come hang out together – not just the beer-guzzlers.

The brewery’s genesis was over at the Horseshoe in Hampstead, where owner Jasper Cuppaidge started to brew beneath the pub when it opened in 2006. From there, he opened Camden Town Brewery in 2010 with the aim of “making lager better”.

Championing the style and using modern techniques meant gaining the respect of a whole new generation of beer enthusiasts, with all manner of suppable delights from the famous Hells to pale ale, stout and small batch seasonal specials. And he wasn’t the only one with a beery masterplan: there are now 75 breweries within the M25 (compared to just fourteen back in 2010).

So, back to the party, what else is going on? Well, the other residents of Wilkin Street Mews are naturally pitching in: Lily’s Kitchen, for example, will have a dog park with dog food stall so pet owners can relax with a pint of beer while their canine friends are looked after too. Ahhhhh.

And the brewery are also encouraging you to cycle down and have your bikes cleaned by Lunar Cycle. A tap van will be on standby with an outdoor bar so you can sip as you wait.

Hip coffee shop the Fields Beneath are central to the action too, keeping boozed up revellers well caffeinated at their stall in the mews. As well as top small-batch beans, doughnuts and ice lollies will be on hand for the young and/or sweet-toothed.

And you’ll need something sturdier to eat to soak up all that Hell’s, right? So the folk from Byron will be on hand launching their next “special release burger”. We have no idea what that’ll be, either – but it sounds interesting.

There’ll also be a happy hour (from 11am to midday) for those who invested in the brewery’s crowd-funded campaign earlier this year, a skateboard half pipe for skaters of all ages and levels, a “dunk tank” (be warned!), tons of cake, party hats, balloons and a bouncy castle suitable for kidults and ankle-biters alike. Phew. Sounds like a lot to fit into those narrow mews.

Oh, and for those readers eagerly watching the transformation of the old O’Reilly’s building, which the brewery took over earlier this year, the good news is that work has begun in earnest, and the new Kentish Town Road venue is expected to open later this summer.

The Brewery Street Party is on Saturday 18th July from 12midday to 11pm. Free entry.