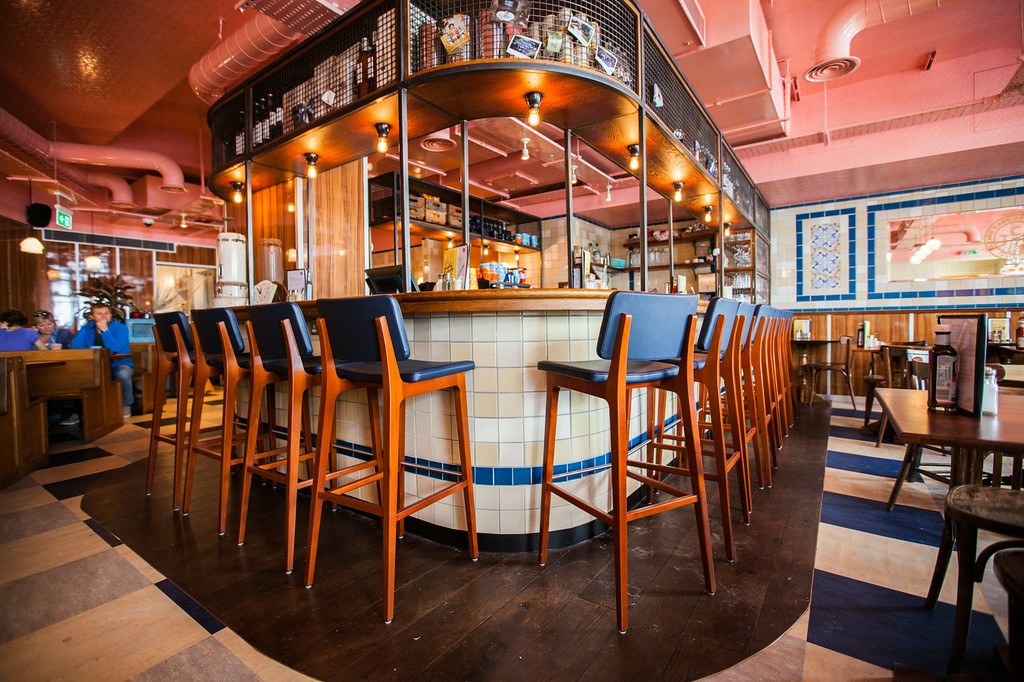 Jonathan Arana-Morton, founder of the cafe chain, explains today in a blogpost on their website his decision to take the building that housed one of the capital's most iconic gay clubs. We republish it below in full

“171 Camden High Street, better known as The Black Cap. A place I knew little about until recently, a place I know a lot about now. For over 50 years it has been a venue for the LGBT community and is a pub a lot of people quite clearly feel a huge amount of affection for.

So why am I writing this? Last night a journalist, Billy McLennan, who works for the Camden New Journal, sent an email with the following questions:

“I was told that the Breakfast Club is moving in to Camden. Are you able to confirm/share any details of the plans? I was told that you are to open at 171 Camden High Street, the site of the former Black Cap bar. Is that right?”

Now, we’re a small family business. We’re not used to dealing with journalists. We’re not used to dealing with controversy (we think we’re good people). We think ‘no comment’ is the kind of thing you say when you’ve got something to hide. We were asked to get a PR company to help – but that’s not us either. We’ll tell it how it is and rely on the fact that all the campaigning on behalf of The Black Cap has been done by an intelligent, passionate group of people who have campaigned on behalf of something they truly believe in.

The truth is we (and I) have been wanting to say something for a while. I’ve been watching the #wearetheblackcap campaign from afar. That we haven’t said anything is down to the fact that we still don’t know whether we will be the next incumbents of The Black Cap. There is a lot going on we have no control over and a huge amount of uncertainty.

“Last December we were approached by an agent on behalf of Camden Securities, the potential new landlords about a venue on Camden High Street. The owner Faucet Inns was closing it down and selling the building on. This is something that needs to be stressed – the decision to close the venue was made a long time before ourselves or Camden Securities got involved. You can form your own opinions on whether this closure was done in the right way. We have ours.

We’d been looking for a venue in Camden for a while. We said yes, exchanged contracts with Camden Securities to take up the lease on the ground floor and basement when and if they completed on the property.

As I have said, we don’t know how this is all going to pan out. There’s a group currently occupying the building called Camden Queer Punx 4eva. On top of this, nobody seems to fully understand the implications of the Asset of The Community Value that was granted a long time after we’d signed the contract to take the lease on part of the pub. We are in the crossfire, but legally bound to a contract to take over the pub when the sale to Camden Securities goes through.

“As our prospective landlords have already said, they could have gone to a highest bidder, but credit to them, they didn’t. They went for a business that believes in doing things the right way. My sister in-law and I started The Breakfast Club 10 years ago in a small 20-seater caff in Soho. If the sale goes through and we do move in, what we can say for certain is that we will stay true to how we’ve done things in the past. We will play an active part in the local community (we commit thousands of hours a year to volunteering and tens of thousand of pounds to local charities) We will offer our venue to local community groups and we will open our doors and welcome anyone and everyone.

We also promise to create a venue that locals can enjoy and that respects what is a beautiful building. I live locally, I am only interested in adding to my community, not taking from it.

We run cafés and bars not drag venues, I wouldn’t want to patronise anyone by saying we could for one second fill the gap that is being left by the closure of The Black Cap. But we will run by many of the same principles adopted by The Black Cap – a place that puts itself at the heart of the community, that welcomes everyone through its doors.

What do you think? Add your comment below. For more on the Black Cap closing, head here. Read the post on the Breakfast Club’s website here