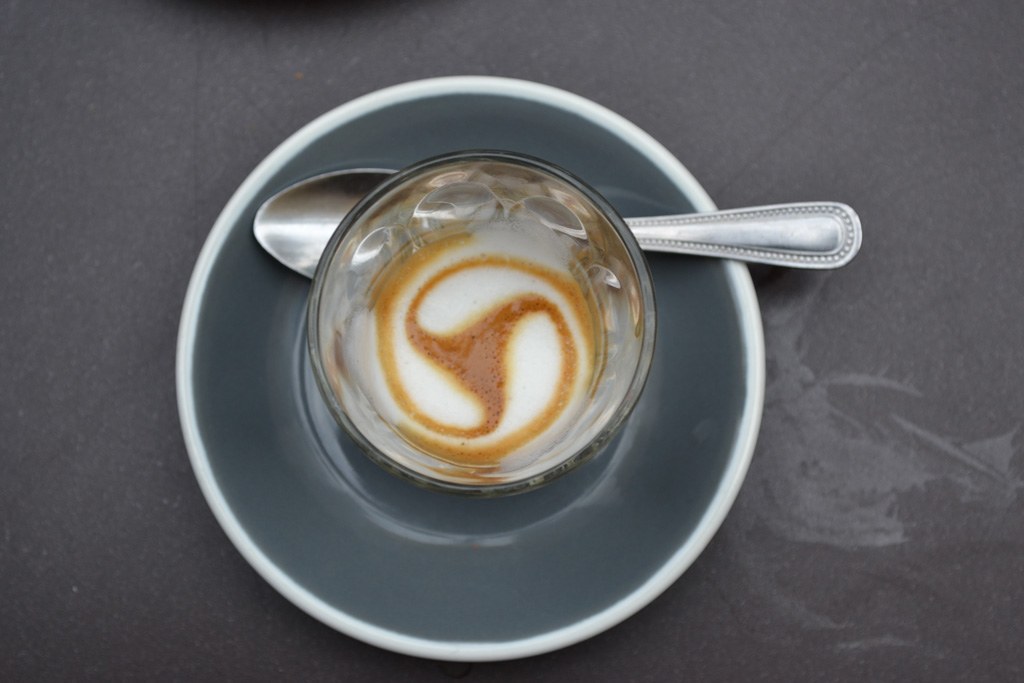 As I sit pounding keys furiously, like Pol Pot held at gunpoint by Hunter S Thompson, I am fuelled by strong juices: pump potions. No, not amphetamines (otherwise this column would be measured in volumes rather than word length). Not even hard liquor, bud. Uh huh, I am writing this baby, righteously juiced on ‘Coop Oil’: Mellow Birds. When God invented Mellow Birds he was playing hardball.

The United Kingdom has a long history of fables and enables, wins ‘n’ spins. That we are currently in the midst of an ongoing four decade-­long period of relentless, soul destroying, yeasting darkness has gone unnoticed by many of our city dwellers. Some folks even revel in this modern day delirium, for since the late ‘80s we have been scrabbling around in a living hell, the living hell that is People Who Take Their Coffee Very, Very, Seriously. This nation ­ – the nation of: Johnny Kidd, Lee Brilleaux, Alex Trocchi, Swing­ball, Hank B Marvin, and probably some women – has become a nation of Coffee Lovers.

During the ‘90s I was lucky enough to spend many years travelling the globe in my excellent and rather spiteful new wave band, The Auteurs. In ­between haranguing European audiences with my complicated word songs, (as well as earning the indifference of American audiences) I was able to dine out in the finer eating establishments, leaving behind the world of rehydratable Vesta curries for ever. All well and good for an insanely furious twentysomething, but I could never grasp European or American coffee culture. And neither should you.

We are not a ‘Med’ country: cafe culture runs like a frightened child from our eager dirty old man embrace, yet we sit freezing outside windswept eateries, sipping tiny egg cups of bitter black migraine-inducing treacle, frothing beakers of milky­wilky infantilism called ‘lartays.’ All the while our Northern European ice cold blood craving a proper hit: a single malt, a large glass of vino collapso, or better still a cuppa. Preferably from a tea urn: scaldingly hot, in a mug. Or better still a plastic cup. Two bags left in please (never leaves). And you know what you can do with your Twinings Everyday… I take my tea drinking very, very, seriously.

‘Proper’ coffee is of course a lifestyle ‘choice’ mainly for men with unprovable stuff to prove. Women, I find are less fussy in matters cafe, usually investing in a complicated tasteful coffee-making machine that gets used once, to be packed away in a cupboard forever. Coffee twattery of course comes with the coffee ritual: this involves purchasing your coffee from a man who hates you and who is called a ‘barista,’ but who is not actually a ‘barista.’ He’s just a bloke doing a job he doesn’t want to do. After dithering around for what feels like days, and finally purchasing your coffee from the man who isn’t really a barista, it is time to proclaim your knowledge of coffee loudly enough for strangers (who also hate you) to hear, and gnaw at irritatingly small biscuits.

As rituals go it’s more ‘a cunt’ than ‘occult.’ Then there’s that heavy macho baggage about needing a ‘kick’ or worse a ‘caffeine hit.’ Here’s a clue gents: the ladies are never going to be impressed with a prissy, whiny, coffee nana. It’s also worth noting that when Lemmy – a man with improbable pulling power –­ wrote the lines ‘Can’t get enough/I know it’s righteous stuff’ to his speed­freak psych­ biker anthem ‘Motorhead’, he wasn’t talking about Brazilian beans from Neal’s Yard.

“Down with freedom and long live chains.” Yes please! The concept of choice has always proved tricky with our island race. As a child of the ‘70s whose parents had lived through rationing in the ‘40s and ‘50s, I feel more at home with necessity than luxury: why make bread if you can buy it, why eat mushrooms when you don’t have to? Eat more rabbit. And why nance around with filters, percolators and specimen jars when you can be living the instant coffee dream in an, er, instant?

I have a Blakean vision of a cafe with my name above it. Inside there will be a box of utility tea bags and a huge hot water urn. There will be a few litres of actual milk in an unimpressive utility fridge (no soya) and there may be a pump with one type of beer. There will of course be a huge jar of instant coffee. This is my vision of a choice­less future. Beautiful. Efficient.

Finally, to the Greek chorus of coffee lovers who squeak, “But what about the flavour, the aroma?” I say 1) The water is too bleedin’ hard. 2) You haven’t lived until you’ve had your laughing gear round a steaming mug of Kenco Gold.