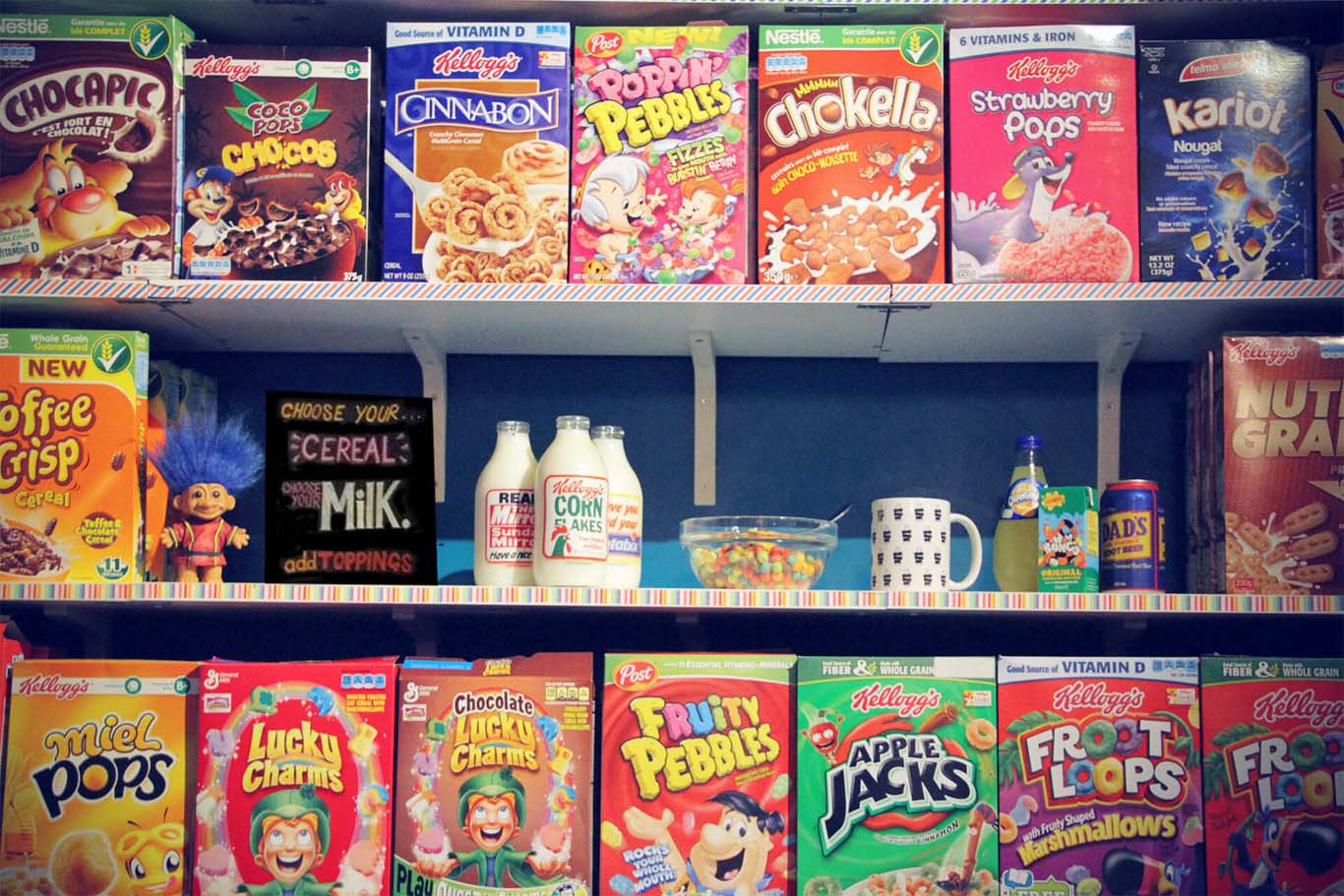 You’d have to be living over in Camden, Maine these last few months not to have heard about the infamous Cereal Killer Café, which opened at the end of last year on Brick Lane.

The controversy mainly revolved around a Channel 4 interview in which the reporter quizzed the owners, identical twins Alan and Gary Keery, on their pricing, ethos, and whether people in Tower Hamlets would be able to afford to eat there.

But despite their responses creating a backlash on social media, the widespread coverage and cafe’s subsequent high profile has obviously rammed the space from day one.

And so now the twins are attempting to storm NW1: they’ve just confirmed that they’re opening a second Cereal Killer Café in the Stables on 14 May.

So what’s the skinny? Well, Cereal Killer Café sells over 120 different cereals from around the world, which can be teamed with thirty different kinds of milk and twenty toppings creating unusual combinations. “People from every generation loved cereal as a kid,” says Alan. “What we’re doing is reigniting that love and making cereal exciting again; celebrating it in a way that hasn’t been done before.”

The new café will cover a thousand square feet and play home to a new collection of memorabilia with cereal boxes from Seinfeld, Donkey Kong, Pac‐Man and Mr T, among a lot of other things to “make you feel like you’ve stepped back in time”, from vintage arcade machines to bed seating.

And watch out: the pair have signed a book deal with Penguin Random House. Their first book, which is a Beano‐inspired annual threaded through “unconventional cereal‐based recipes”, will be out in time for Christmas.

This is box title
The Cereal Killer Cafe opens in Camden Stables on 14 May. Opening hours 9:30am to 7:30pm. Prices from £2.50 for a small bowl upwards. Follow them on Twitter @cerealkilleruk