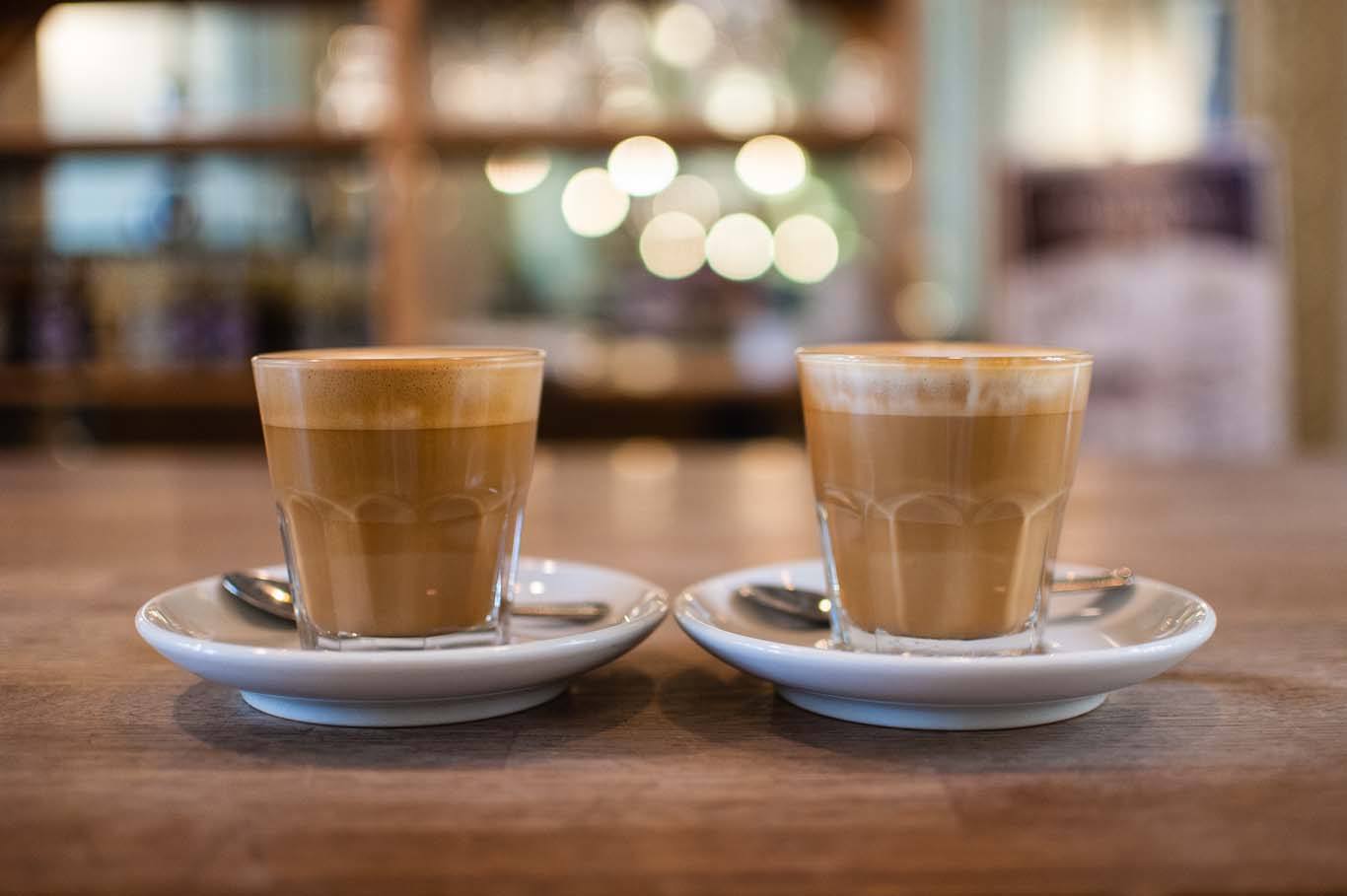 How did you fall in love with coffee?
It was after I tasted a cappuccino at a trade show, made by British bloke Gwilym Davies, who had just won the world barista championships. He owns the café Prufrock in Farringdon and has been a constant source of inspiration.

How do you select the beans?
Ever since we opened in September 2012, we’ve always used small batch producers and had limited seasonal menus of espresso. We’d change roaster every fortnight until we heard Tate were giving us the opportunity to roast ourselves (see box below), so we’ve stuck with them these past six months.

Talk us through how to taste an espresso properly.
Mix in the crema – it’ll give you a false sense of bitterness; you want body (creaminess), sweetness and a lingering sense of “that’s delicious”, instead of something that is thin, almost attacking to the tongue and leaves you wanting a glass of water.

What’s been your worst experience in the trade?
Opening the shop on my birthday to find we’d been broken into. I did get the day off though and the insurance covered everything.

And the best?
A Saturday morning where all music we played had to be sung by a Bruce. Springsteen started it off, then it went downhill… Forsyth, Willis. It was a lot of fun though.

What else do you serve at the cafe?
Helena’s recently come up with a great vegan dhal recipe. We serve up batch-brewed filter we’re very proud of and flog it for a quid every Friday. Sandwiches are getting more imaginative every day, and our toasted banana bread still kicks ass.

What has been the biggest surprise?
How amazing staff can be and how it’s easy to love them. It sounds cheesy but I really love our team – they make the work a pleasure and the business the success it is.

Who are your regular customers?
Unsurprisingly, people coming into the area: local businesses and their staff like MVF, Spring Studios, Camden Brewery, Zabludowicz, locals leaving to work elsewhere, and those who pass by: parents, teachers, builders and people who work from home.

What advice would you give to someone starting out with their own coffee shop?
Find the best example of what you want to do in London – then go and work there for six months. Take note of their suppliers and processes. Then come and ask me lots of questions.

Any plans to expand?
We’ve our eyes on some arches nearby for a big project, as well as a roasting business and one that involves planting fruit trees. We’re also working on something with Castlehaven down in Camden.

Since opening in 2012 we’ve discovered new roasters from around the UK, trying out over 30 in that time. They’re starting up more and more frequently, as the passion for good coffee is being met with business minds who see the opportunity and are willing to take the risk. Roasting was always something that interested us, but not something we’d thought about seriously doing any time soon.

Setting up a roastery would cost close to 50k and then some. We’d have to either open more branches to offset the cost with the saving or open a roaster as a separate business, more or less independent of the café.

That was the thinking until we started buying coffee from the Tate and they proposed the idea of slot roasting. Head Roaster Phil Geveaux roasts the fifteen tonnes of coffee the museums get through each year, on a Monday and Tuesday. On Wednesdays and Thursdays he contract roasts for a small London speciality chain, leaving Fridays free for us.

After a couple of days training alongside friends from Brick Lane café Full Stop, we tasted a handful of African coffees and together bought 300kg of a really special coffee from Burundi, called Buziraguhindwa. Between us we’ll get through it within a couple months, by which time we will have bought our next, likely from El Salvador, where Phil recently went on a business trip.

We want those business trips. We also want to get more people drinking filter coffee; both in our shop and at home. We want our own bags with our own labels, and we want local businesses like The Grafton, The Abbey Tavern and Earth brewing and selling our coffee. That’s why we’re roasting. Gavin Fernback