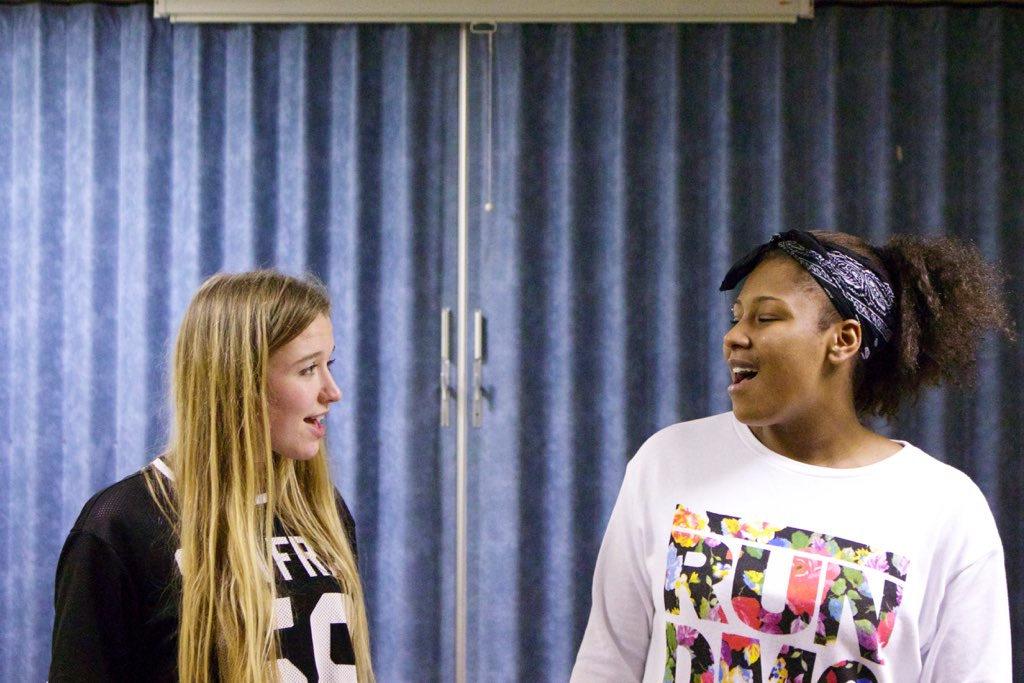 How I wrote Score, a musical comedy about mums facing child removal

Score is a play with gutsy acapella performances of noughties hits, inspired by interviews with parents in drugs recovery. Really.

It’s been a surprise “laugh out loud” success in the West Country, winning four stars from pretty much every reviewer. So how did a forty year-old forces wife from rural Devon – ie me – get to write such a thing?

Having worked as a BBC documentary maker and a teacher, and moved house extensively with the military, I’ve always been interested in other people’s stories. But whilst teaching in HMP Kingston Lifers prison I started to get a bit obsessed by the British notion of rehabilitation.

On the one side we’re proud of our humane welfare state, on the other side the justice system must be seen to punishing people, often women who have been abused and prostituted. For women in particular, short term sentences are really problematic. Children go into care, addiction and self-harm is rife, and the scarcity of female prisons means you are hundreds of miles of family.

I was awarded some money from the Ronald Duncan Foundation and linked up with Vita Nova Arts to access a study by Dr Mel Hughes into why mums get addicted, and how important their children remain to them in spite of their habits.

So there I was last summer, in a sweaty windowless room at Bournemouth’s recovery hub talking to a group of parents who had me laughing and crying in equal measure.

I instantly related to their paranoid experiences of state intervention. One of my children has a disability and, pre-diagnosis, a string of professionals examined my parenting. I listened to stories of reckless substance abuse, unplanned parenthood and child removal.

I expected to feel some negative judgement, but found the one characteristic they shared was optimism. I guess you need a certain amount of optimism to use heroin and expect your family life to stay intact. You need bucketfuls to graduate from treatment and get your children back. And obviously a lot of love and commitment to those children, once your brain has become hard wired to “pick up”.

Losing the right to one’s kids seemed like the most unimaginable thing that could happen to a mum, however necessary it might be. We all have such strong feelings about the care system, so this play felt like a story I wanted to tell.

But how to stage a show that didn’t leave people crying into their beer? The power of music of course. From British civil war folk songs through to slave music, singing has long been a free way to vent feelings of powerlessness. And what else do you do when you’re under pressure? Laugh. I hooked up with a director (Steph Kempson) and arranger (Verity Standen) from Bristol Old Vic and shared the idea of two girls who grow up harmonising together. Steph wisely cast Lara Simpson and Kathleen Fitzpatrick Milton, two very subtle actors who can fully belt out a tune.

So what’s the synopsis? Milton plays Hannah, an X Factor aficionado with a mile-a-minute mouth, a ten year-old daughter and a low-level heroin habit. Simpson plays her childhood friend, Kirsty, who is pulled along in Hannah’s slipstream days before giving birth.

Two years later they meet at a child contact centre: Hannah’s in recovery, Kirsty’s in anger management. Hannah joins a choir to replace one kind of score with another, but she’s the last person Kirsty wants to harmonise with. Life without a habit is far from routine.

Our tour is only half way through but we have been inundated with emails saying how funny and affecting audiences find Simpson and Fitzpatrick’s performances.

Hannah and Kirsty aren’t real people of course, and their words aren’t verbatim. But the detail and realism of their triumphs and trials is entirely thanks to those stalwarts I met in that sweaty Bournemouth room.