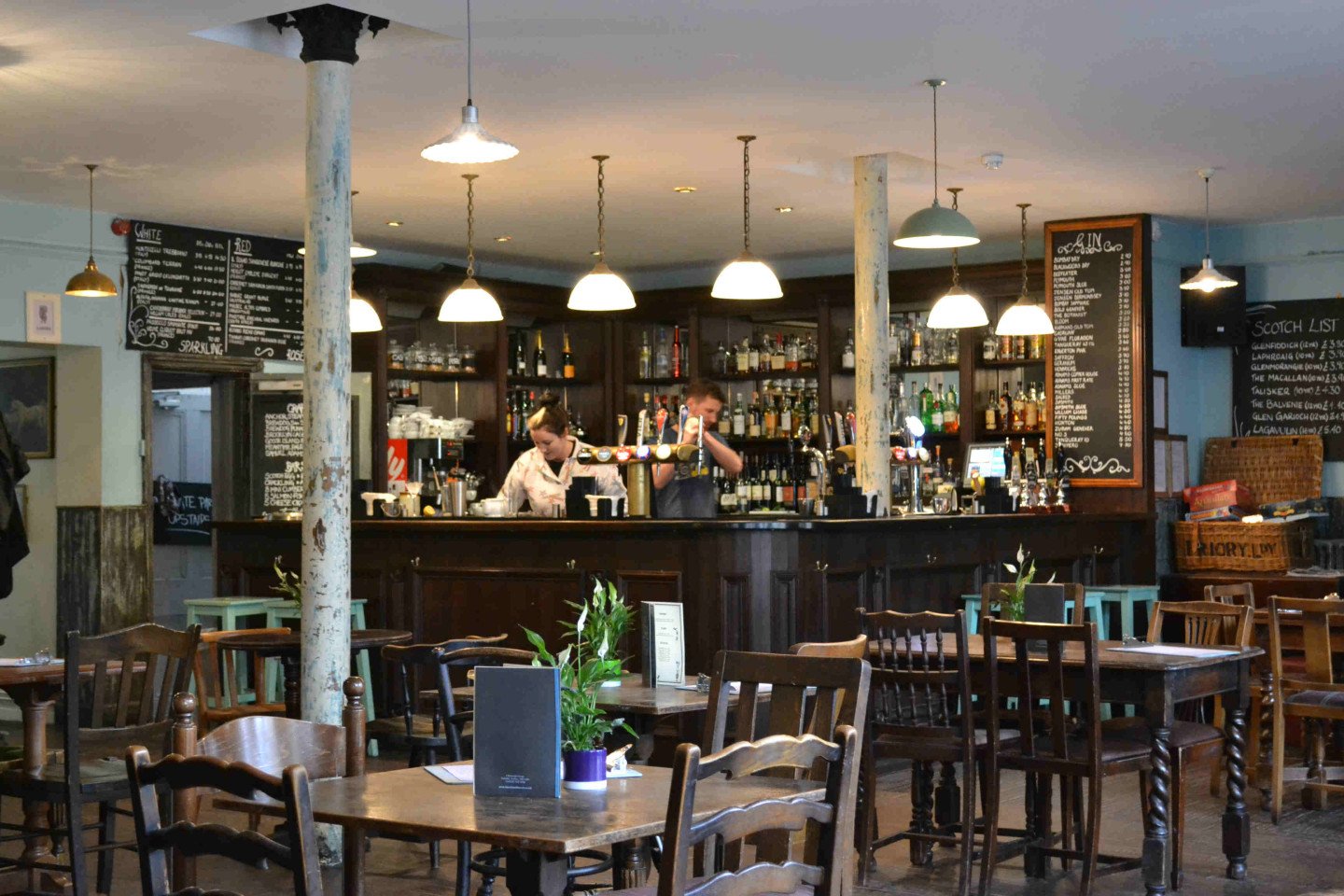 How did you come to run a pub?
Three of us co-own it together: Angus and I both grew up in Pinner, and met at a football course in 1993. He was a Nirvana-loving smoker who was good at knee-ups, I was a football-juggling maestro into Britpop. The third part of the jigsaw is Crusoe, who I worked with at the MAMA group (who own the Forum). Back in 2011 we all decided to team up and give this pub thing a go.

What do you do that’s different to everyone else?
We have over one hundred varieties of gin sold with special serves to make them more interesting. And, according to The Observer, we serve the Best Sunday Roast in the UK. Wahey.

Who are your regulars?
We have a lovely mix of old school Camdenites, foodies and the odd hipster – plus some reprobates from Harrow (ourselves included).

Worst experience to date?
Booking a rockabilly DJ who ended up playing Motley Crue, Bon Jovi and AC/DC on a quiet-ish Thursday. We asked him to leave but still paid him for the whole night, out of guilt.

Most memorable happening?
We had a wedding recently where the groom turned up in his open top Jag wearing a big fur coat – in August! After the meal he proceeded to get on stage and play saxophone with a funk band. Equally hilarious and amazing.

What’s next after streetfood?
We want to bring Afghan food to the masses. We genuinely love it – a little spot in Harrow is a favourite of ours, called Masa.

How do you see the pub industry in five years’ time?
There will be a continuation in the boom of craft beers and interesting spirits, basically more premium products that can’t necessarily be purchased at home and served in a unique manner and with a smile, of course.

Is the rise of craft beer a good thing?
Yes, it’s a great thing for us: we’re a tied pub, and in the past, one may have been limited in the range of beers but with the advent of craft beer becoming a big deal, they’ve had no choice but to offer a better range which we’ve gladly accepted.

Who’s the most famous face you’ve served?
Jude Law. We do get a few famous faces in here, with Freddy Flintoff probably being the most fun to have a Jagerbomb with.

And finally who would you most like to serve a pint to?
For me, it’s Tom Waits, Angus would go for Oliver Reed – and it’s Hunter S Thompson all the way for Crusoe. Yep, the latter are dead; we live in hope.