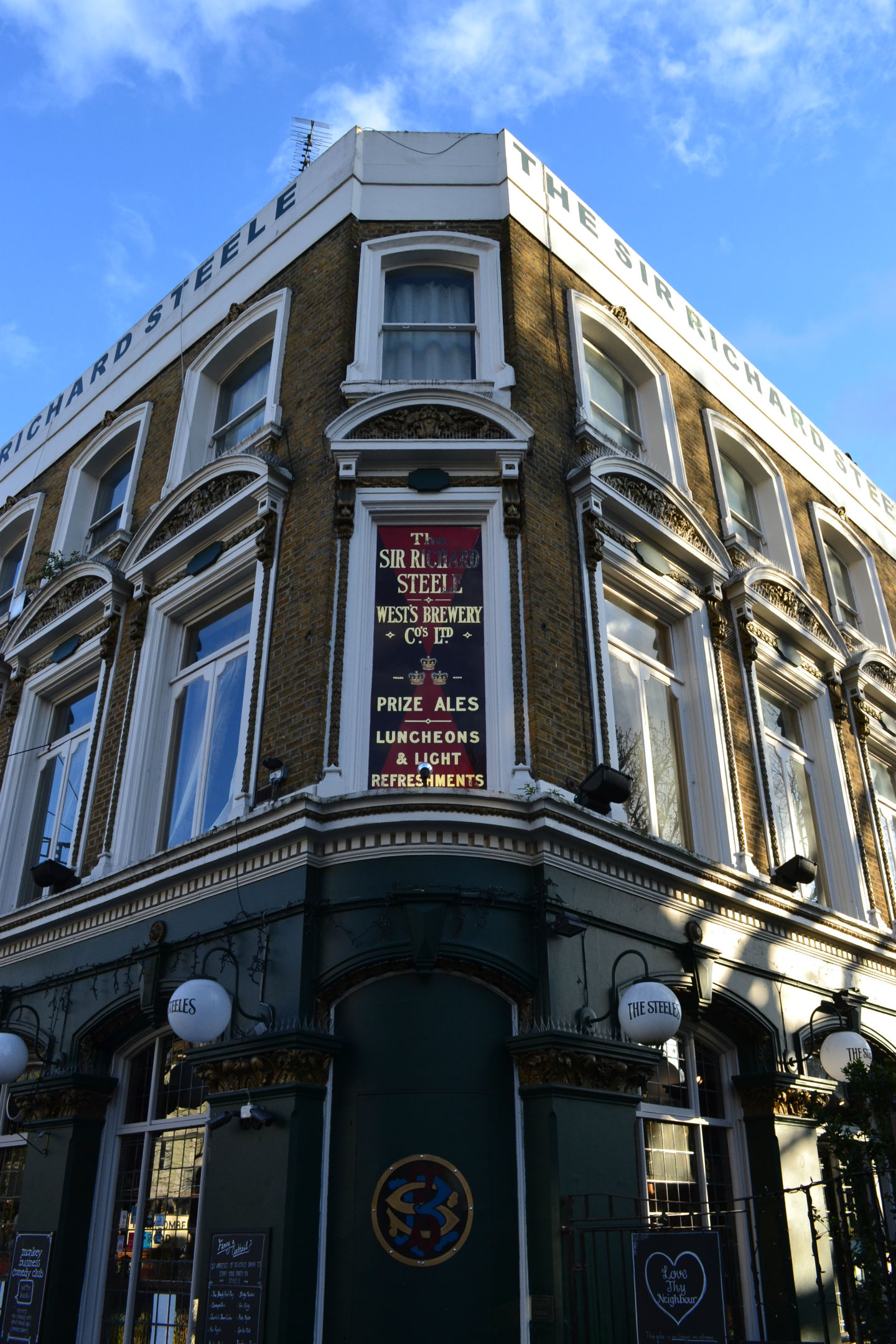 Is The Steeles closing down for good today, or not?

Does anyone know what’s actually happening at Haverstock Hill’s much-loved Victorian boozer, the Sir Richard Steele? Because there seem to be a rash of concerning, conflicting statements flying around.

We’ve heard repeated word that the doors will not open today and all staff have been made redundant. Plans to redevelop the upstairs into flats (dubbed an ‘act of cultural vandalism’ when they were rejected back in November) are being appealed once more.

Long-standing comedy night Monkey Business was given the unceremonious heave-ho in January. And last week, resident quiz host Simon Happily was blocked on Twitter by owners Faucet Inns for so much as mentioning that the pub was due to close.

None of which news inspires confidence, particularly when it’s so hard to discover an official version of current events.

Much of the blame for this swirling, unconfirmed gossip is down to woeful social media management by Faucet, who have either skirted around or ignored accusations on Twitter and Facebook (let alone blocking those who have spoken out), heightening suspicions in the process.

Just to compound the confusion, the pub has published plans for Easter on its website, and only posted an advertisement for a new chef to jobs boards last month. Yet it has also admitted it will close for undefined ‘structural work’ too. Hmmm.

“I am proud to have run the pub quiz at The Sir Richard Steele for more than two and a half years,” Simon Happily told us last night. “I was informed on Wednesday that the quiz was terminated with immediate effect due to structural work to the pub. While I was told not to tell anyone, as a resident I felt it was only fair that people knew.”

There followed strenuous denials via official social media channels, and the appearance of a mysterious, fake Twitter profile to rubbish Simon’s statements. Grim.

“Unfortunately, due to an online bullying campaign, I feel I cannot comment further at this time,” said a clearly disappointed Simon. “If being honest and speaking out for our community makes me a target then I fear for our community’s future.”

“Faucet Inns have run it right down since taking over,” another source told us at the weekend. “It’s all part of a plan I’d say to turn it into flats.”

The pub – with its celebrated oil-painted ceiling, roaring fires, dark mahogany panelling and colourful interior – reached its peak in the late 1990s to mid noughties, when it became the epicentre of the north London scene, frequented by everyone from Gail Porter to Liam Gallagher.

But its joy has always been its ability to appeal to a mix of locals (we remember a highly memorable evening chatting to a loquacious madam from West Hampstead); and, now that Belsize Park has up and lost that intrinsic energy, its continued existence is even more vital for the area’s cultural health.

And it doesn’t have to end this way, as demonstrated by the previously down-on-its-luck Bull and Gate, just as it prepares to rise again, scrubbed up, resplendent and sure to become a highly successful local pub.

Yet there are, unfortunately, many more of the area’s cherished boozers under grave threat due to poor management or nefarious development plots.

We dropped Faucet a line to check how long the Steeles closure may last. They didn’t respond. We dropped them another line. Nothing.

C’mon Faucet, what is your custody of these historic community landmarks going to be remembered for? Let us in on the ‘exciting’ plans, because failed redevelopment bids and denial tweets are all we have to go on, and they’re not giving your work much of a positive spin.