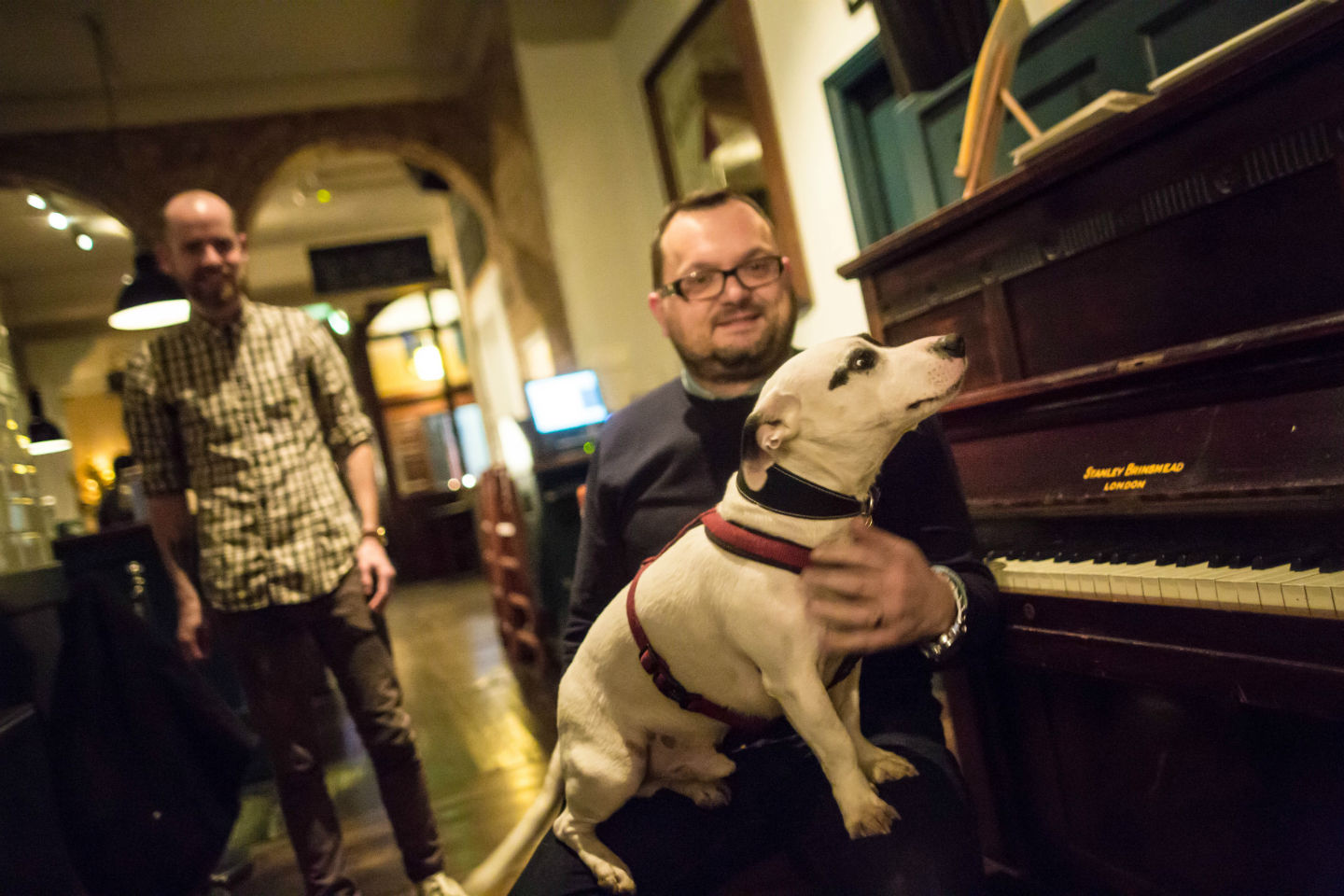 How did it all start?
I grew up in south London, and went to work in a kitchen in Bournemouth after being kicked out of art college. From that point all I ever wanted to do was be a chef. Spending two seasons in Provence learning classic French cooking, I then unfortunately contracted dermatitis, which meant I could no longer cook professionally. Returning to London, I trained as a restaurant manager at L’Escargot in Soho, before moving to The Lansdowne in Primrose Hill, then my own lease in Cheltenham and finally back to London a few years ago, to the Lord Palmerston in Tufnell Park.

Any bad experiences?
Most happened earlier in my career; this may have a lot to do with experience or the lack of it. The older you get the more in tune you become to any situation. Being able to stay calm but firm is the key to avoiding unsavoury moments.

So what’s the job like these days?
A lot tougher than it was ten years ago. The amount of legislation and compliance means that it can keep you away from the most important part of the business, the customer.

Describe who they are.
One of the reasons I love running a pub in Kentish Town is the mix. Any day, any shift there are cabbies, actors, builders, musicians. Lots of interesting people with a story to tell.

What’s next after streetfood?
I could see deli counters working in some pubs, especially during the summer.

The rise of craft beer: discuss.
I’m not sure a customer’s perception of craft beer is the same of those in the trade; I would have to say it’s had its day as larger mechanised breweries are producing more and more ‘craft style’ beers. Publicans are less likely to buy a product just because its from a tiny brewery in ‘Suffolkshire’ and more likely to source something that tastes great, is a good fit for their customers, and can make a healthy margin.

Tell us a funny anecdote.
My pub in Cheltenham had been broken into overnight, and when I arrived the next morning, the cleaner alerted me to a noise in the cellar. I found two lads helping themselves to my stock, and gave chase but one got away. When the police arrived the CCTV had recorded that they broke in at about 3am and filled bin bags full of booze; then, at around 4am they decided to take a break and crack open a bottle of my finest malts. We watched in disbelief as our two future stars of the World’s Dumbest Villains gradually demolished an assortment of liquor. At around 6am they took a drunken nap until they were woken up by the cleaner. I understand that Cheltenham Police still watch the video every year at their Xmas party.

And finally, most famous face you’ve served?
Ollie Reed: what a night. I can’t divulge too many specifics as certain parties are still alive, but it was the early ‘90s in Lymington, and it ended up with me waking up in a boat that didn’t belong to me half way across the Solent. He was a true gent – but you never knew if he was about to hug you or punch you.