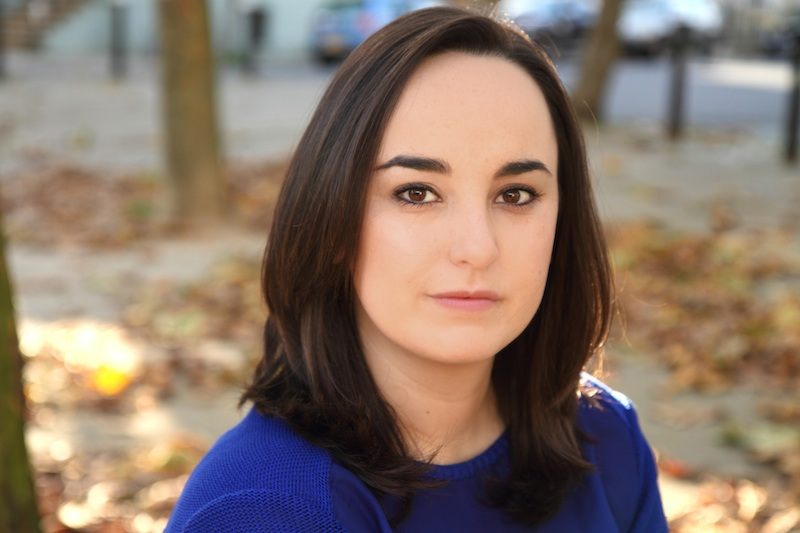 Anna Frankl-Duval is an actor and singer who grew up in Highgate and Belsize Park, before heading to New York to train. After five years in the US she returned to London for family reasons, moving to Camden, and began to rediscover her hometown. She has been working on a range of creative projects on stage, screen and as the narrator for a set of children’s books, due out later this year.

Where would you like to live?
I’ll always be a north London girl, so Hampstead or Belsize Park. I feel very lucky to have grown up round here. Other than that I’d want go back to New York. I lived there for five years while I went to drama school and began my acting career; my first home away from my family.

What is your favourite smell?
Freshly cut grass: that’s when I start to feel like spring is finally on it’s way and we can have boozy, game-filled picnics on the Heath.

What is your greatest life achievement?
I’m proud of choosing to follow a career that I love, despite it being so difficult.

What makes you unhappy?
My mother died from cancer in December of 2012 and grief lasts a lot longer, and is a lot more complicated, than I had anticipated. I get completely blindsided by the sadness every once in a while. Moving back here when she died, there are always a lot of memories which can be both comforting and very sad. She was looked after at the Marie Curie Hospice in Belsize Park, a phenomenal place. The care while she was there was wonderful, and I was really touched by the support I received after she died.

What simple thing would improve your quality of life?
Being able to slow my brain down enough to enjoy the present. Sometimes I get so caught up in all the stuff I have to do that I forget to take a deep breath and allow myself to enjoy what’s going on in that moment.

What is your guilty pleasure?
Oh I have a few: gossip magazines and trashy reality TV, gin-in-a-tin as soon as the sun comes out, brunch and guacamole. I could eat guacamole for every meal.

Where do you hang out?
I love Knowhere Special in Kentish Town: it’s unique and has a great atmosphere so it’s become my new suggestion for a local drink. Another favourite is The Duke’s Head in Highgate which is a very cool pub with a different pop-up menu every month. My boyfriend and I have eaten there a couple of times so far and everything was delicious. We’re very excited for what’s coming in April. Plus they really like to support local breweries, and have a gin bar that serves Highgate-brewed Sacred Gin.

What do you most dislike about your appearance?
My attitude towards my appearance. Being negative about the way I look is certainly more damaging to my self esteem than any one aspect of how I look, and so I’ve been working hard to change that narrative in my head – it’s a slow process. In the entertainment industry it’s really easy to get caught up in how you look and focusing on it too much can detract from the work you’re doing, and limit your performance.

What’s the worst thing anyone’s said to you?
When you tell people that you’re an actor you get a whole range of predictably negative reactions from people with little or no understanding of the industry, so I’ve had to learn not to let what people say affect me. It isn’t always easy, and there are definitely some things that are harder to ignore than others.

What are you working on right now?
I’m very busy at the moment. The vocal harmony group that I’m in, the Noteables, are preparing to perform on April 3rd at the Southbank Chorus Festival; I’m also rehearsing for Musical of the Year in Hampstead (details below); and am about to start rehearsals for How Will I Know?, a new play that I was in last year in Kennington that we’re now taking to the Brighton Fringe in May.

What did you do today?
I was able to work from home this morning, so after breakfast, as my boyfriend rushed off, I settled down in my sitting room and worked through various bits and bobs. Then I headed over to meet a friend for a walk from Kentish Town, up to the Heath and then across to Hampstead for a coffee and back again. After that I popped home to get ready before heading into town for a rehearsal.

Finally, what is your most unappealing habit?
Recently it’s been behaving like an old lady. I’ve started falling asleep on the sofa and haven’t been out dancing in far too long. I think I’m going to have to fix that ASAP.

This is box title
Anna is appearing in Musical Of The Year by Stephen Lanigan-O’Keeffe at St Stephen’s Church, Hampstead from the 8th-11th April. Book tickets here